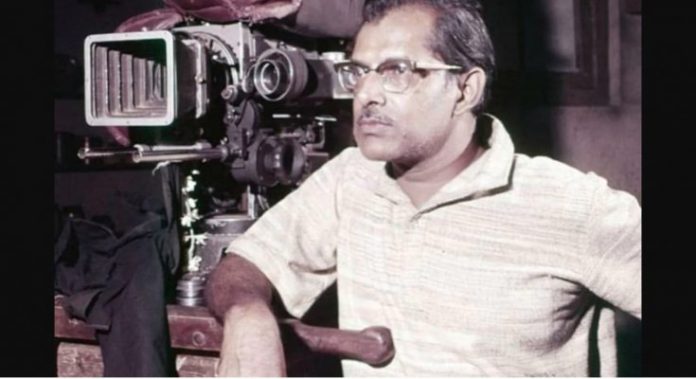 As a filmmaker, Hrishikesh Mukherjee was a genre of his own. And for those who loved their music, he always had something special to offer.

A lesser-highlighted fact about Mukherjee is the range of music directors he worked with. That’s what we kept in mind while compiling this list to mark his 99th birth anniversary on September 30. Here we choose 10 songs by 10 different music creators.

A lot of gems are obviously missing. By selecting only one song per music director, for instance, we had to leave out many other classics. Some may even wonder why this particular song from Anari or Abhimaan was chosen, when there were other brilliant songs, or why Asli Naqli and Khubsoorat weren’t included.

There may be no obvious answer, but all the following songs are enjoyable in their own way. The order is chronological.

Salil Chowdhury was inspired by Mozart’s 40th Symphony on this song sung by Talat Mahmood and Lata. Picturised on Sunil Dutt and Asha Parekh, it was one of the biggest hits of its time. Rajendra Krishan wrote the lines. Salil-da and the director later worked together in the brilliant Anand (whose songs also deserved a place in this list).

Hemant Kumar gave some great music in this film. ‘Kuch Dil Ne Kaha’ was a haunting melody by Lata, filmed on Sharmila Tagore and Dharmendra in the woods. Kaifi Azmi’s catch phrase “Kuch dil ne kaha, kuch bhi nahin” lingered on. The film also had the masterpiece ‘Ya Dil Ki Suno’ sung by Hemant-da himself.

Often described as a predecessor to rap music, this song was composed by Vasant Desai. It was hugely popular among children, with Ashok Kumar playing with kids in a park. Sung by Ashok Kumar himself, it was written by Harindranath Chattopadhyay. Desai and Mukherjee also worked together in Guddi.

A fun song by Laxmikant-Pyarelal who interestingly got in Mukesh to sing for Dharmendra. He was joined by Mahendra Kapoor for Sanjeev Kumar and Kishore Kumar for Asrani. The lyrics were written by Kaifi Azmi who compared zindagi to lattoo, ladki and sachhai.

S.D. Burman composed some memorable songs in the Mukherjee films Abhimaan, Mili and Chupke Chupke. This Lata song played a pivotal part in Abhimaan, as it showed the differences between husband and wife played by Amitabh Bachchan and Jaya. Lyrics were written by Majrooh Sultanpuri.

Composer Jaidev used raag Bhairavi on this traditional devotional song sung by Lata and Dilraj Kaur (there was another version by Yesudas, Dilraj and Madhurani). It was filmed on Rekha and Amitabh, with Sanjeev Kumar making a guest appearance. Though the film flopped, it also had the great Yesudas songs ‘Chand Akela’ and ‘Koi Gaata Main So Jaata’.

Obviously, music played a major role in Hrishikesh Mukherjee films. While some of his biggest hits were with S.D. Burman and Salil Chowdhury, he opted for R.D. Burman in later movies including Gol Maal, Bemisal, Naram Garam, Khubsoorat, Jurmana and Rang Birangi. He even worked with Chitragupt, Ravindra Jain, Usha Khanna and Bappi Lahiri, and for his last film Jhoot Bole Kauva Kaate, he chose Anand-Milind.

The fact that he worked with such a variety of music directors shows that he had a different approach to music. And in most cases, the results were much cherished.