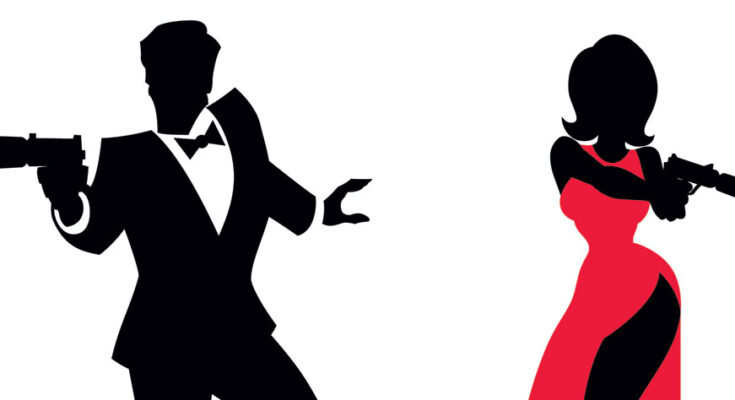 Underneath the mango tree

Me honey and me can watch for the moon

Underneath the mango tree

Me honey and me make boolooloop soon

With this song playing in the background, we get introduced to Honey Ryder in Dr No, the first James Bond film. It was an unforgettable sight to see Ursula Andress rise out of the sea in a skimpy white bikini, a knife tucked in at her side. 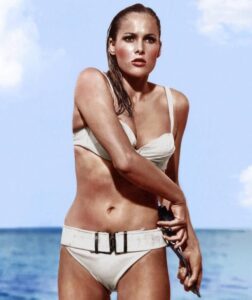 The Swiss-born Ursula Andress, a stunning young blonde, was restless for new adventures. She was heading nowhere with her career, when she landed in Hollywood after some minor roles in Italian movies. Then in 1962, she turned up in Dr No. The role was not particularly long in the movie. Her Swiss German accent was so strong that her voice had to be dubbed over. But screen presence and smouldering looks left an indelible impression on movie goers worldwide. Her role of Honey Ryder comes up among the top contenders for the best Bond girl in many polls. She set the tone for all future Bond girls.

She appeared again in a small role in the Bond spoof film Casino Royale. The second time Casino Royale was made, it was another matter altogether. Daniel Craig appeared for the first time as Bond.

She was not the only beauty in this film. In the early opening scenes, Sylvia Trench introduces herself as “Trench, Sylvia Trench”. This of course led to the well-known, “Bond, James Bond” in all the Bond movies. Trench was Bond’s girlfriend for the first two films. The role was played by the British actress Eunice Gayson. 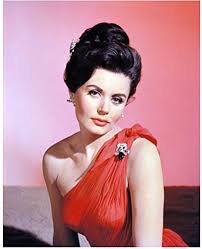 As the first female to be seen in Dr No together with James Bond (Sean Connery), she is officially the very first actress to play a Bond girl. She appeared as Sylvia Trench in the next Bond film, From Russia with love also. But again, the part was short-lived.

The other beauty in Dr No was Miss Taro. She was played by the dark-haired beauty Zena Marshall who was of French and English/Irish origin.

The movies of James Bond did not follow the order in which the original Ian Fleming novels were published. So, the next movie to come along was From Russia With Love.

This introduces us to Tatiana Romanova who worked for the Soviet Embassy in Istanbul. She gets coerced into a mission to seduce James Bond and (unknowingly) lead him to his death. Needless to say, she helps Bond escape his hurdles. The role was essayed by the Italian beauty Daniela Bianchi.

Daniela Bianchi was an Italian beauty queen who was the first runner up in a Miss Universe Beauty pageant. She had a successful career in Italian and French movies after the Bond movie role.

From Russia With Love also had the characters Gora and Vida played by Martine Beswick of British origin and the Israeli actress Aliza Gur respectively.

This movie also had the unglamorous but menacing Rosa Klebb, played by the Austrian actress Lotte Lenya, who had a stellar career in films and stage.

The next Bond movie was Goldfinger. And with it came the evocatively named Pussy Galore. The original novel does name the female protagonist as Pussy Galore. But there were some doubts in using this name for the film. She was played by the sultry-eyed blonde Honor Blackman of England. 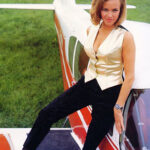 She was already well known in British TV and films. She was a regular as the female lead in the very popular The Avengers. She held her own against Sean Connery in their screen chemistry. She is also voted as the best Bond girl by some polls. These polls are of course very subjective.

The movie also featured the Masterson sisters Jill and Tllly. These roles were played by 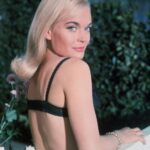 the English actresses Shirley Eaton and Tania Mallet. The iconic scene of the girl getting killed by the villain Oddjob by getting painted in gold paint was Jill Masterson. A minor role of Bonita was played by Nadja Regin of Serbia.

Thunderball was the next Bond Movie featuring Domino Derval who starts off as the mistress of the villain Emilio Largo. Bond of course finds ways to convert her to his side. 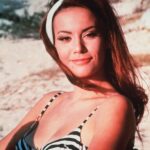 The role was essayed by the French beauty Claudine Auger.

The French actress was Miss France in 1958. She had played some roles in TV and films. Her role in Thunderball greatly accelerated her career in films.

This film of course had other beauties around Bond. The character of Paula Caplan was essayed by Martine Beswick of British parentage, based in Jamaica then. She had appeared in From Russia with Love also as another character.

The Italian beauty Luciana Paluzzi, The British actress Molly Peters and Maryse Guy Mitsouko from France all had some significant presence in Thunderball.

The movie also has the title song by the husky voiced Shirley Bassey, which went on to achieve some fame on its 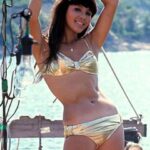 You Only Live Twice saw the introduction of Asian actresses in leading roles. Mie Hama from Tokyo played Kissy Suzuki in the film.

Akiko Wakabayashi of Japan playing the role of Aki and Tsai Chin from China playing Ling were the other two Asian ladies in this film. In addition, the German actress Karin Dor played the negative role of Helga Brandt in the film. 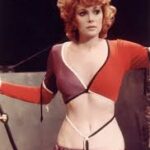 The extremely successful and beautiful American actress Jill St John was a well-established actress in many light-hearted romances and comedies, when she appeared as Tiffany Case in Diamonds Are Forever. The title song was again by Shirley Bassey. 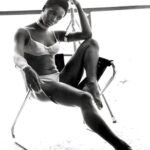 The movie also featured the Americans Lana Wood as Plenty O’Toole, Lola Larson as Bambi, Trina Parks as Thumper and the French actress Denise Perrier in significant roles in the film.

On Her Majesty’s Secret Service saw the introduction of George Lazenby as James Bond. The leading lady was Teresa “Tracy” di Vicenzo played by the British beauty Diana Rigg. She is also nominated as the leading Bond girl in some polls. Her character marries James Bond and finally gets killed in the movie.

Diana Rigg was already a very well-established actress of British films and theatre, with a great career, before

appearing as a Bond girl. For instance, she was the leading lady of The Avengers, the highly popular TV series

The other two women in the film were the English actress Angela Scoular playing Ruby Bartlett and the role of Nancy played by the Hungarian actress Catherine Schell.

The British beauty Jane Seymour played the role of Solitaire in Live and Let Die. This movie saw Roger Moore essaying the role of Bond. 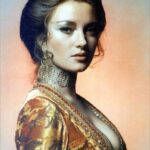 She was born as Joyce Penelope Wilhelmina Frankenberg of Polish and Dutch descent, but changed her name to make it easier in Britain.

As usual, there are other beauties in this Bond film also like the American Gloria Hendry playing Rosie Carver and British actress Madeline Smith playing Caruso. 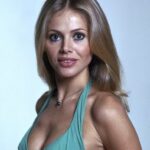 Then came The Man With the Golden Gun and Britt Ekland from Sweden. She was a poster girl for beautiful, big-eyed Scandinavian blondes and played the role of Mary Goodnight.

She was playing several roles in Italian films, when she met and married the British actor Peter Sellers. After a few forgettable films, she had two successful English films before appearing as a Bond girl.

Maud Adams playing Andrea Anders had also a significant role in the film. She played the role of Octopussy in the film by the same name at a later date. 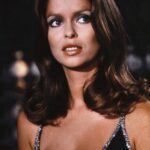 were the other two beauties in this film.

The Spy Who Loved Me saw the American beauty Barbara Bach playing the role of the Russian secret agent Anya Amasova.

She started her career in Italian films and then moved to Hollywood. In 1981 she met Ringo Starr and has been married to him since then.

The English actresses Sue Vanner playing a log cabin girl and Caroline Munro playing Naomi and finally the Bosnian actress Olga Bisera playing Felicaa were the other Bond women in this film.

Moonraker was actually the second novel written by Ian Fleming. The film got released much later than the early Bond films. This feature the American beauty Lois Chiles in the role of Holly Goodhead. It also features the French actress Corinne Cléry as Corinne Dufour, Emily Bolton from Aruba as Manuela and the Moroccan actress Leila Shenna as an air hostess.

Lois Chiles had a very successful career in Hollywood already, when she landed the role in Moonraker.

For Your Eyes Only, Octopussy and The Living Daylights were the other original Ian Fleming novels, which got made into movies. All the other Bond films were made into films form other authors.

All Bond stories and films have several female characters in leading, supporting or villainous roles. While Fleming’s Bond girls have individual traits, they also have some things in common. The typical Bond girl is in her early to mid-twenties. Bond, on the other hand seems to be perennially in his mid-thirties. Bond girls possess splendid figures and tend to dress in a slightly masculine, assertive fashion, wearing little jewellery. Of course, in the films there were wide variations to the standard theme.

The films were never meant to be arty or for great critical reviews, But, for a whole generation of filmgoers, Bond films were fantastic to watch and the beautiful ladies left an indelible impression.