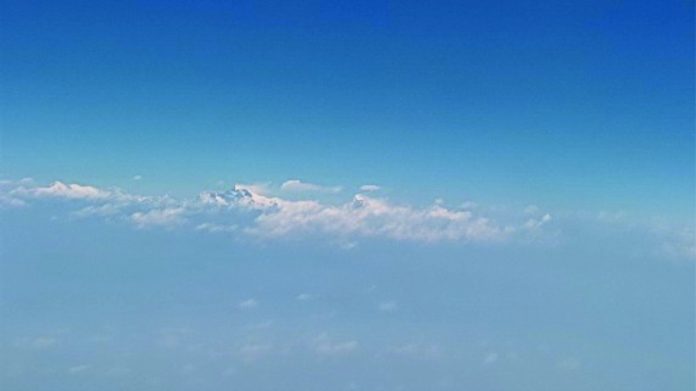 Meghalaya is one of the Seven Sisters States situated in the North Eastern part of our country. Previously a part of Assam, this state was formed in 1972 by bifurcating two districts of Assam, largely constituting of the areas of Khasi and Garo Hills.

This is part of Meghalaya Subtropical Forest Range. Most parts of the state are considered among the wettest places in the world. Some places like Cherrapunjee or Sohra and Mawsynram have been receiving about 500 inches of rain every year on an average.  The forests here are part of the larger Indo- Burma Biological Hotspot endowed with dense rain forestation. Meghalaya has a rich biodiversity in the thick forests full of popular national parks, game and wildlife sanctuaries. These forests are the richest botanical habitats in Asia and famous for the reserves of natural Flora Fauna and the main refuge for many endangered animals and birds.

The Eco region covers almost 42000 square kilometres and is home to roughly 700 bird species and over a hundred mammal species. The Great Indian Hornbill is the largest bird seen here.

The ‘Khasi Hills’ is a low mountain formation with a picturesque landscape of hills and far flung snow covered Himalayas in the background of lush green low lying plains and beautiful sunsets seen from almost everywhere in the state. It also has many rivers mostly fed by seasonal rain and countless bountiful waterfalls.

The population of Meghalaya mostly belong to the Garo and Khasi tribes and prefer to live in far flung remote areas and engage in farming; hence most parts of the state are sparsely populated. With tourism and related activities picking up tremendously in the last couple of years Shillong and Tura have become the bigger towns and are now quite congested.  Majority of people are Christians (earlier they were nature worshippers) and speak various languages, however English is the official language. Interestingly people of Meghalaya follow a matrilineal system where the lineage and inheritance are traced through women. The youngest daughter of the family inherits all the wealth and has to take care of the parents.

A trip to the North East Indian states can be on the bucket list for many of us and the best thing is that these days there are many organised trips especially for senior citizens.

Meghalaya is doable for most people as its altitude is not very high and can be visited most parts of the year except in the rainy season. Winters are not too harsh either. In the hottest season, temperatures remain between 20 and 30 degrees and in the winters the lowest hovers around 10 degrees in the upper regions but the state remains lush green and beautiful at most times.

Air connectivity from most parts of the country can take one up to Guwahati in Assam and the rest is done by road. (The more adventurous types fly up to Baghdogra and then drive on.) The road rides are also a great experience as the roads are good and flanked by robust trees and hills on both sides. 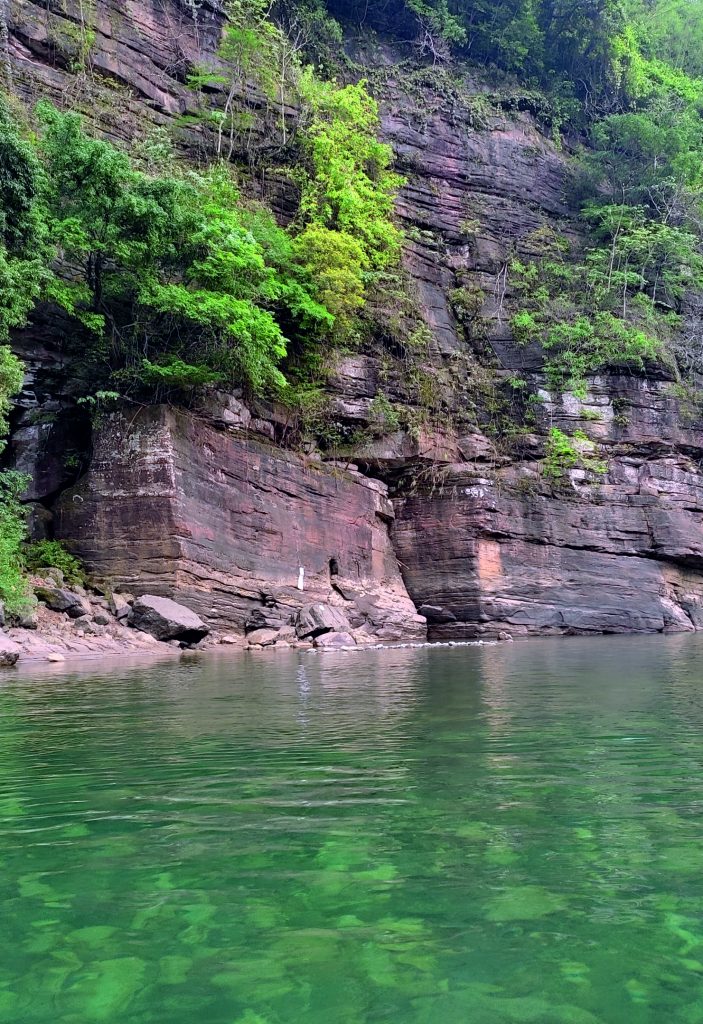 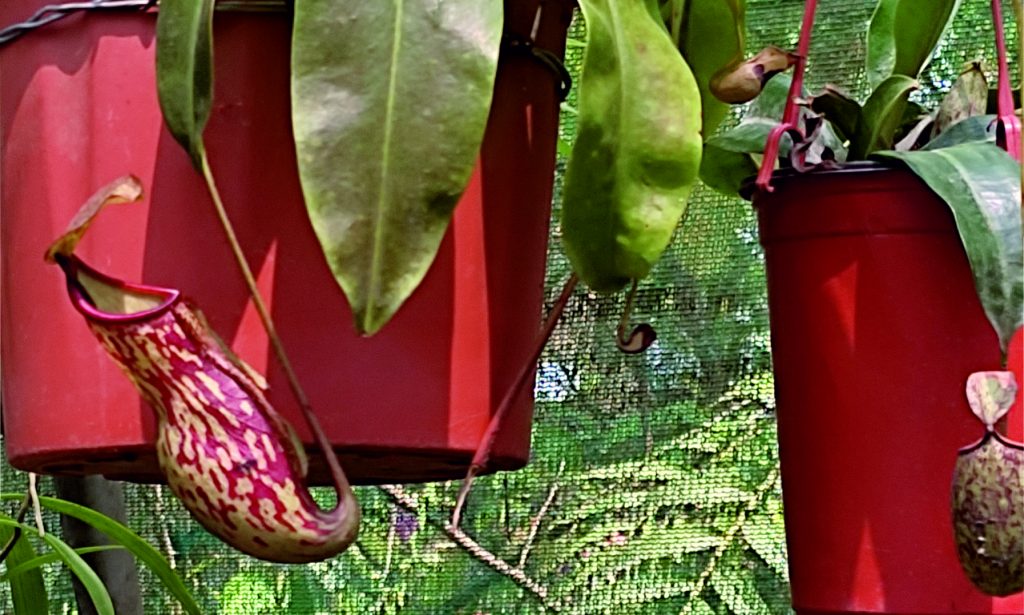 The floral diversity hosts a large variety of shrubs, plant species parasites and flowers especially over 300 types of orchids 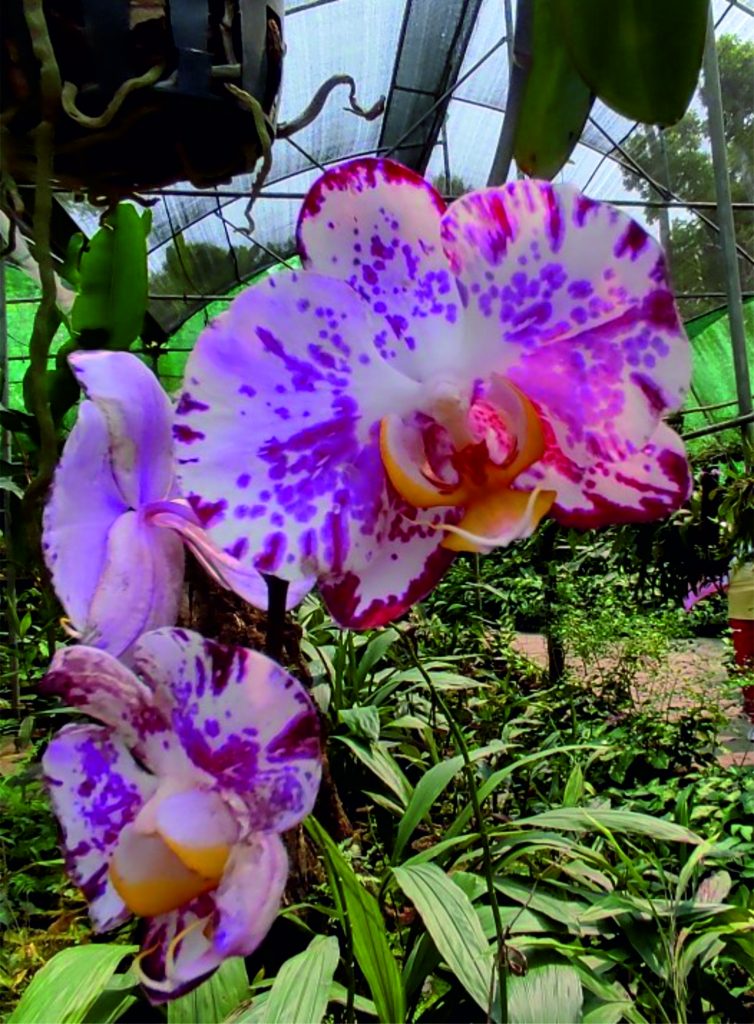 plus a large variety of fruits vegetables spices and medicinal plants. The Siju and Mawsmai caves are famous for abundance in coal limestone and uranium reserves. Also near Mawsywram is the longest sandstone cave in the world. 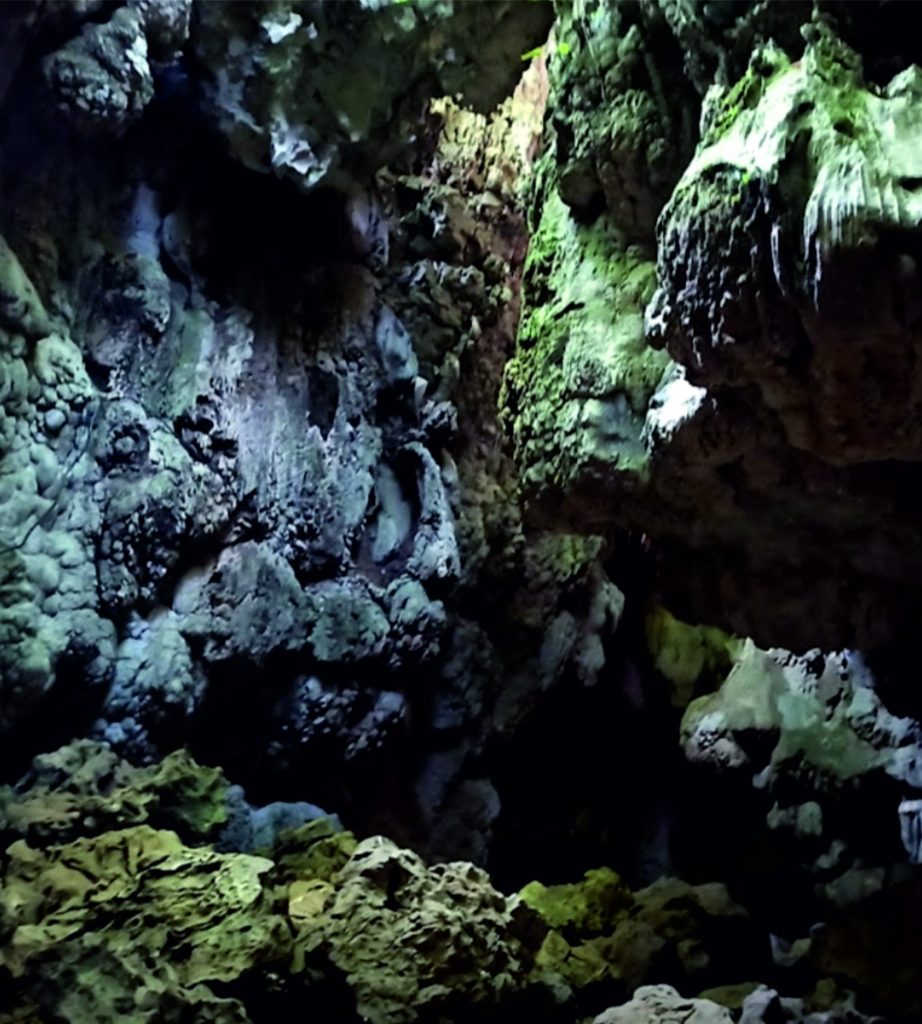 Today they are known as the best protected zones in the Northeast. In earlier days, annual community hunting had been a tradition, and deforestation was taking place in the name of development, but with the passage of time the authorities of the forest department have been able to motivate the tribes towards the importance conservation. They believe – If the forest is left alone it shall regenerate on its own. The communities are generally sensitive towards nature, so the task was easy. Now the sanctuaries are now pristine and flourishing. Efforts are on to protect and increase the population of the clouded leopard….which is privy to NONGKHYLLEM. You will see one if you are lucky.

SIJU is primarily a bird sanctuary. It is the abode of the vivid and the gorgeous winged population. It is the first and the oldest reserved sanctuary in Meghalaya. It is known particularly for the Grey Hornbill, migratory Siberian Ducks and Spoonbills. Many animals can also be sighted…elephants, Sambar deer, barking deer, wild boars, leopards, tigers, marbled cat, water buffalo and more.

Here we can see centuries old natural bridges grown from tangled roots. Credited to the ingenious members of the Khasi tribe from NOWHET village who have trained the roots of ancient rubber trees by weaving them together across the long river to form beautiful and studies structures which we call the living root bridges.  These trees (relatives of the banyan, send out aerial roots which were entwined) were planted around 1840 by the locals. This Bridge is about 30m in length and probably this is the only place in the world where there are almost a 100 big and small bridges. This one in Rawai is the most approachable and popular one. 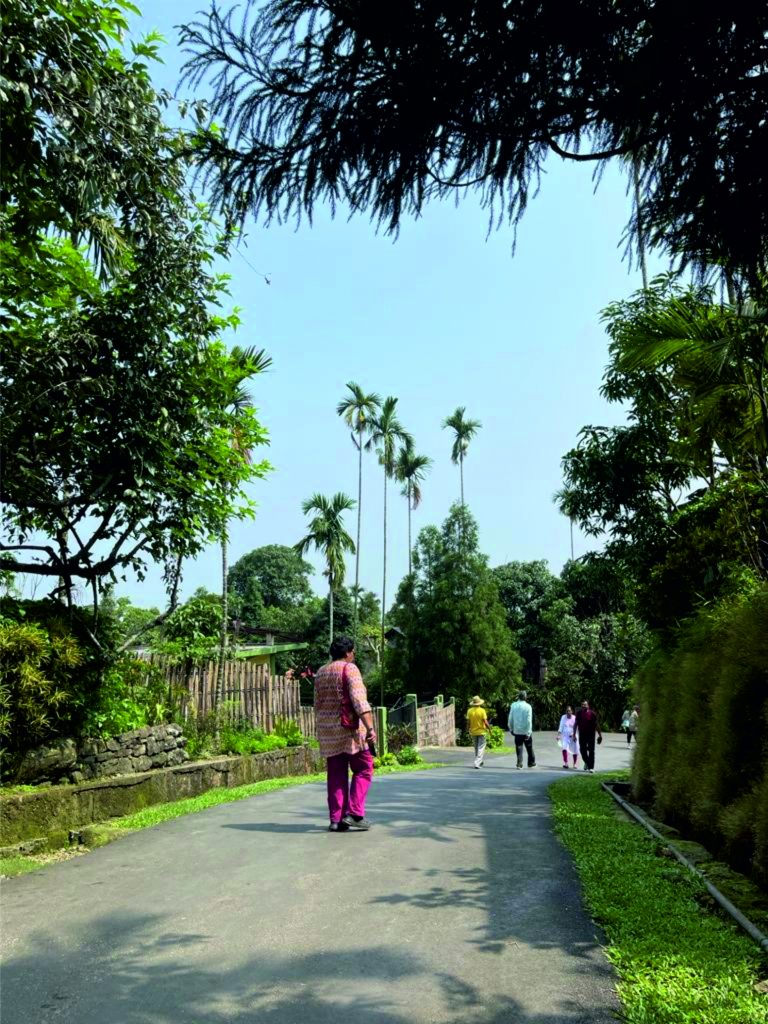 Mawlynnong….. Was awarded as the cleanest village in Asia in 2003 by the Discover India Magazine. This is a nice and green village paved with winding roads going up and down. It looks like a neat clean place out of a modern fairy tale. The houses are mostly on stilts and built of bamboo and local materials. No vehicles are allowed inside the village which has a total population of less than a thousand people. Due to the tourist influx many locals have started offering homestays and on order and request one can savour authentic Khasi cuisine.
It is forbidden to throw any litter, especially plastic wrappers or containers even in the traditional wicker baskets (called khoh) which are put up as dustbins at various places. Fines are imposed if anyone is seen flouting the rules. 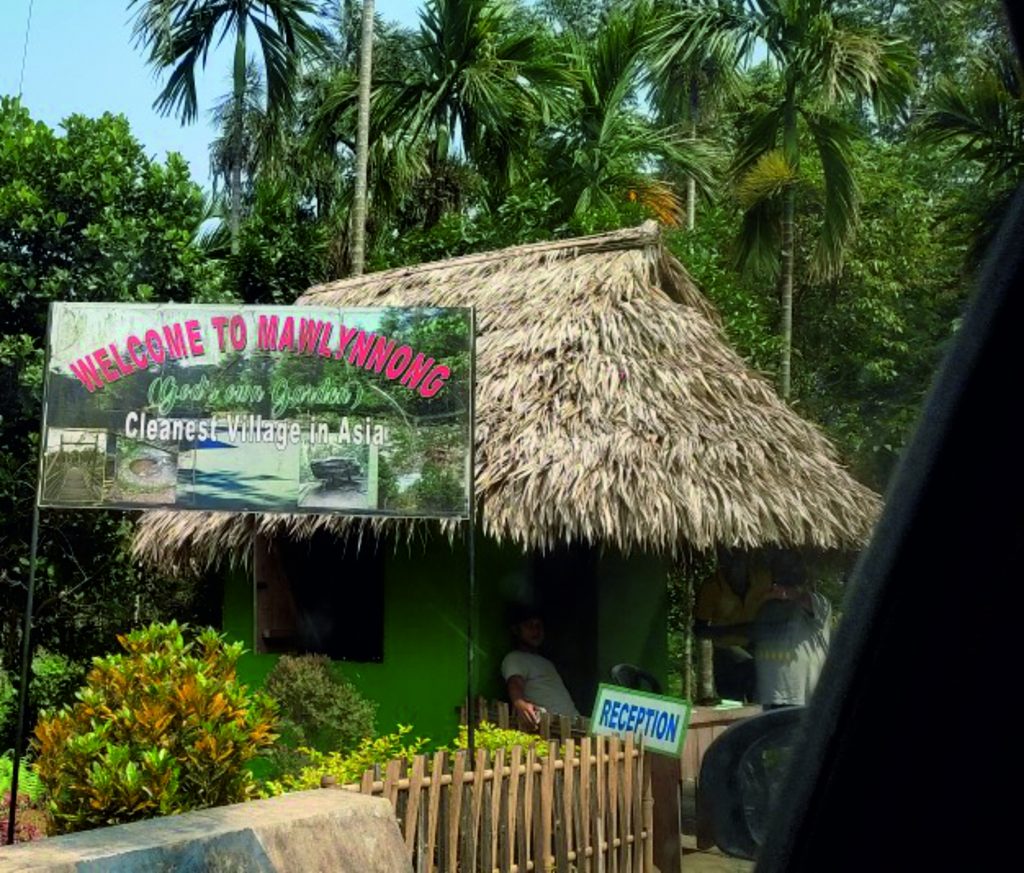 Balancing Rock
About a kilometre away from Mawlynnong village is situated this natural phenomena. In a thick plantation of bamboos rests this huge rock…..well balanced on a much smaller one. It has remained like this since ages, through the heaviest rains, storms and even a cyclone. Nothing has been able to disturb it. 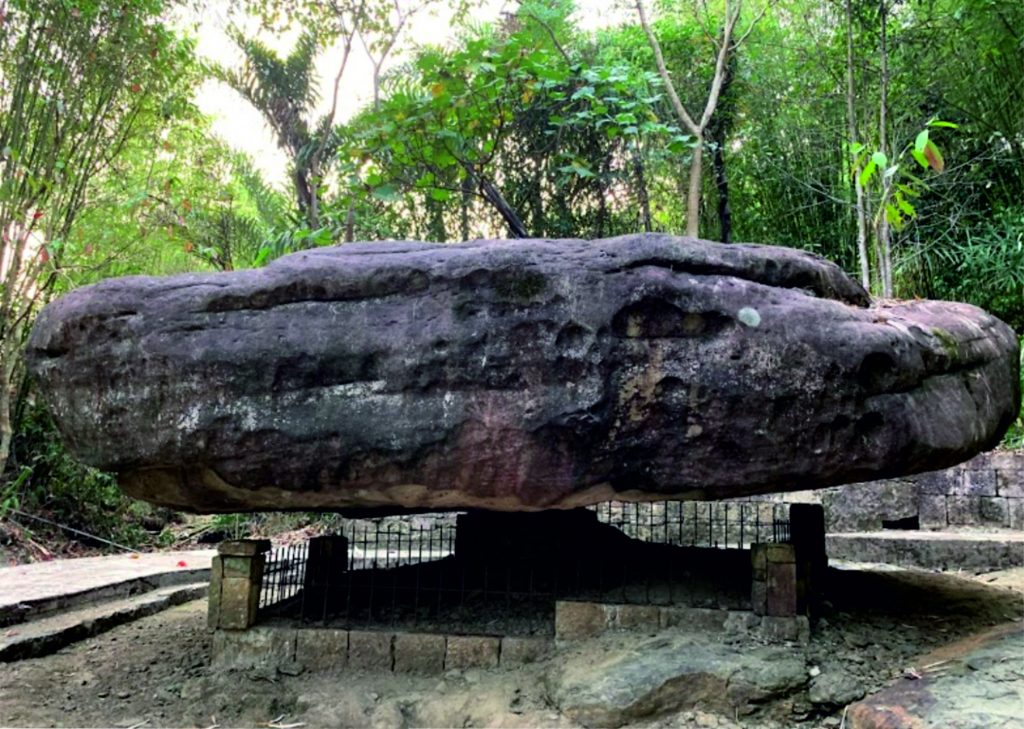 Boat ride and visit to Dawki

On the border to Bangladesh is a small village called situated on the banks of a beautiful river called Wah Umangot. The river is also popularly called Dawki…after a nearby village. A visit to this place is a must as the boat ride on this river is a lifetime experience. The river which flows into Bangladesh is about 15 km long but in this region there is a loop so it’s more like a lake, not flowing water. The crystal clear water, colours of aquamarine blue and green, flanked by rocky cliffs on both sides provide an almost unimaginable experience. You can see the pebbles and stones below the water which is about 15-20 feet deep. One has to cross a suspension bridge to reach down to the boating site but it is worth the drive to see this beauty. The bridge is almost 100 years old, constructed in 1932 during the British reign. 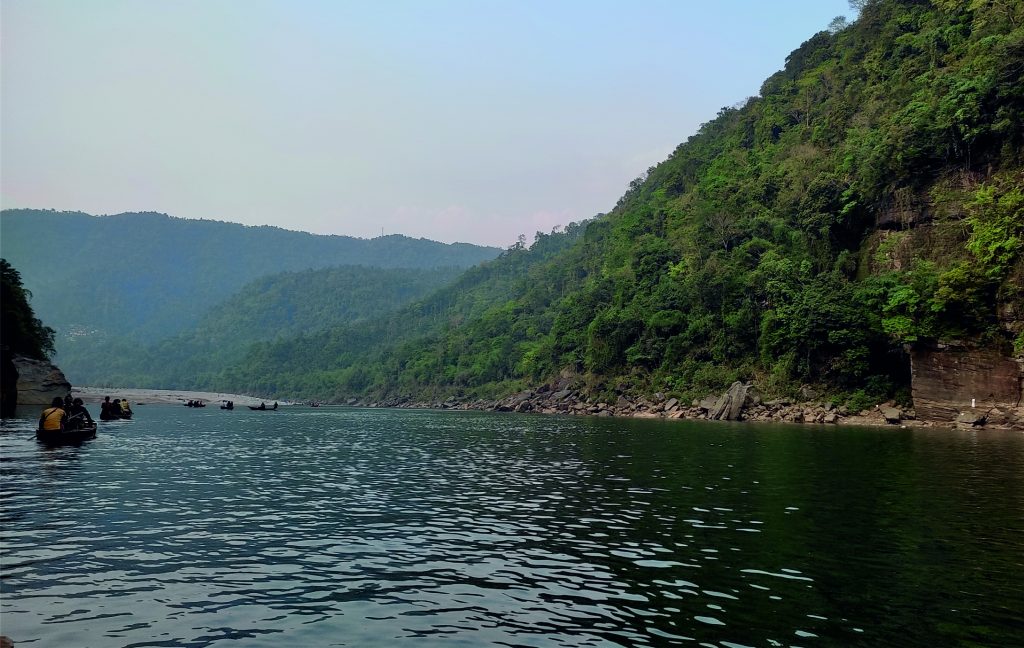 Remember to go before or after the monsoon.

Seven Sister Waterfalls
These lie in the Cherapunjee region. Cherapunjee is located at a height of 1430 meters. These falls are considered the 4th.largest waterfalls in India with an average width of 70mts. NOHSNGITHIANG, DAINTHLEN and NOHKALIKAI have the tallest plunge of around 340mts. The make an awesome sight especially in the monsoon….falling majestically over limestone cliffs. Some people call them the smaller version of the Niagara Falls. In the nearby vicinity are also located the Wei Sawdong Falls, one of Meghalaya’s prettiest cascades – the three step waterfalls. Also a popular destination. 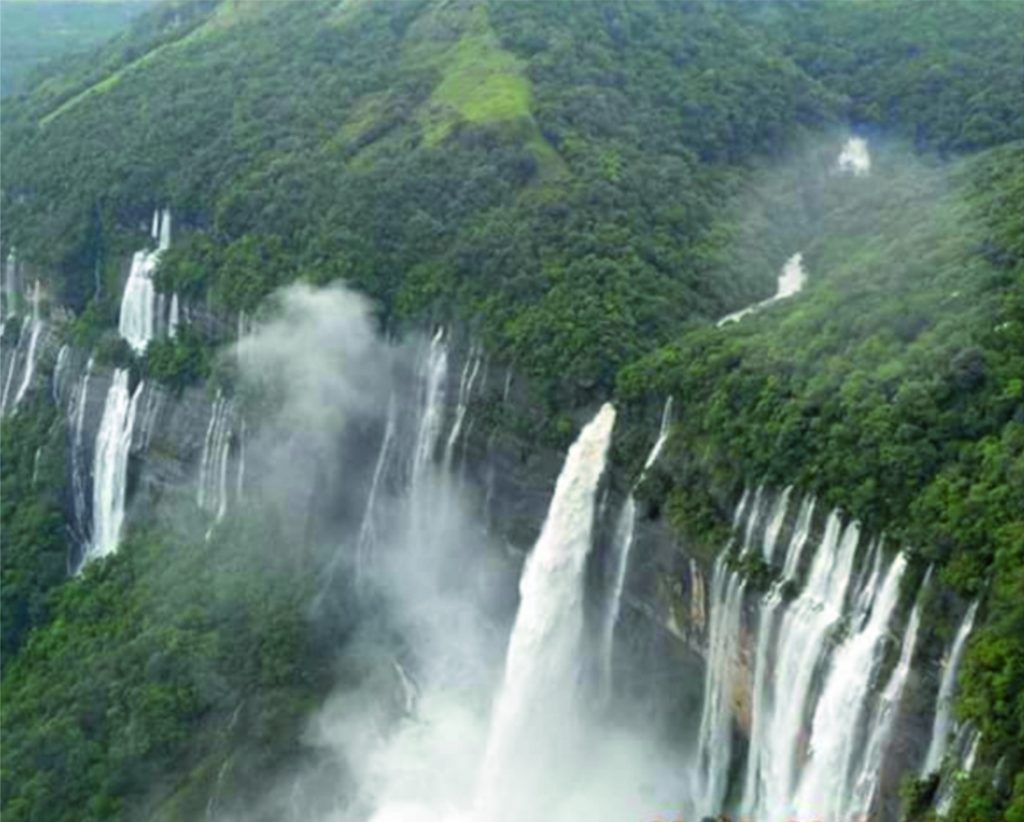 Ram Krishan Mission – Cherapunjee
This Centre was established in 1931. Over the years there has been a lot of expansion. Today it houses a school, training centre, and hostel for tribal boys, a dispensary, huge-well stocked library…… And most importantly a museum depicting the culture of all the North Indian States, including costumes, head gears, jewellery, musical instruments, drums and weapons. Worth a visit if history interests you. 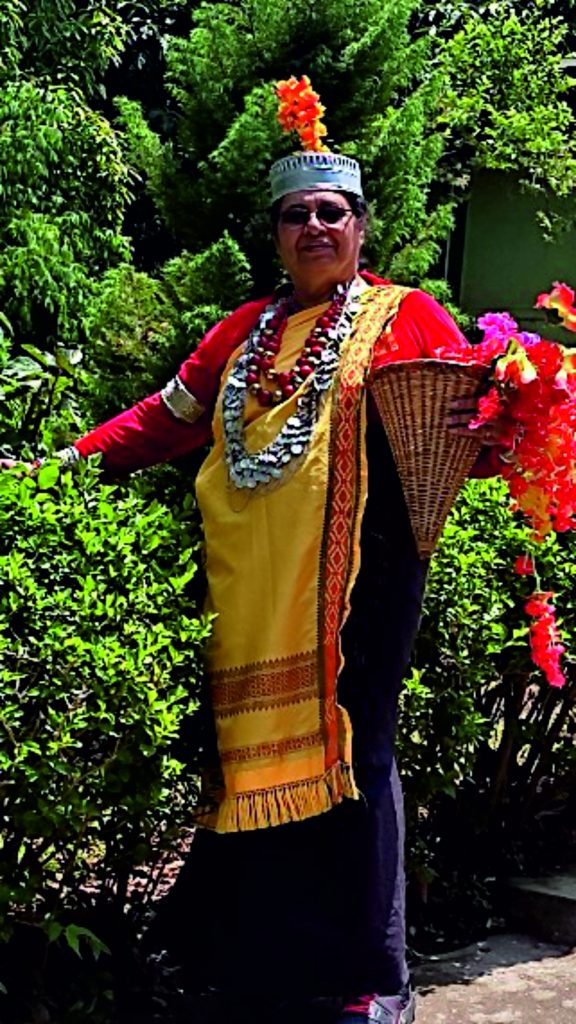 Cathedral of Mary – Help of Christians, Shillong
Among the many churches in Meghalaya this one stands out as the biggest and the oldest in Northern India. Constructed atop a small hill in the heart of the city, this is a Cathedral Church of the Roman Catholics and the seat of the Metropolitan Archbishop of Shillong. It was built from 1913, by the first Catholic missionaries, who came here from Germany, and it was opened in 1936. The biggest tourist attraction here is the replica of Michelangelo’s masterpiece PIETA, installed in the sprawling court yard. (The original sculpture of Mother Mary holding the lifeless body of her son Jesus is in Vatican City.) 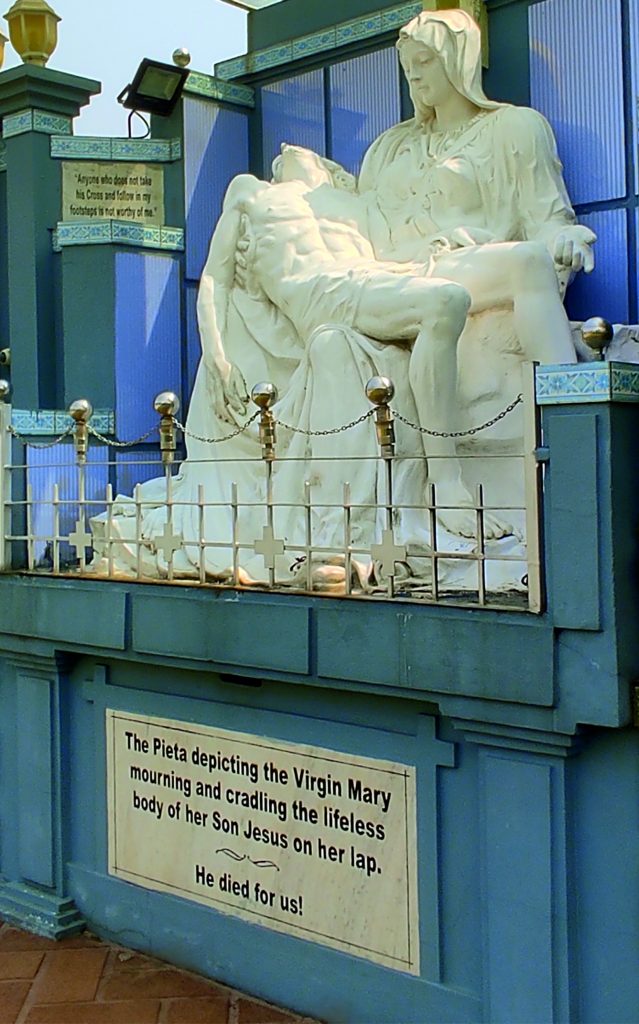 These are some of the places one can easily visit. There are more options within Meghalaya, depending on the time and money you want to spend. You could combine Assam and others states as well.