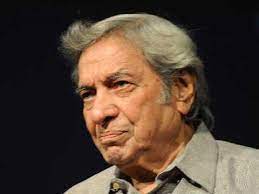 Music director Ravi had some huge hits in the 1960s. Besides some legendary work with Mohammed Rafi, he also gave Asha Bhosle and Mahendra Kapoor some wonderful songs. After focusing on Hindi films for a large part of his career, he composed many Malayalam songs from the late 1980s, being known as Bombay Ravi.

March 3 marks Ravi’s 96th birthday. On May 7, fans will observe his 10th death anniversary. On these occasions, we choose 10 of his Hindi film hits. The order is chronological.

In Ravi’s debut film Vachan, Asha sang all eight songs, including three duets with Rafi. The solo ‘Chanda Mama’, written by Ravi, was the biggest hit, and was often sung to serenade grandchildren. Years later, the opening inspired the main hook of the Laxmikant-Pyarelal song ‘Ek Do Teen’ in Tezaab.

Considered to be one of the most memorable love songs ever, this was sung by Rafi, and filmed on Guru Dutt and Waheeda Rahman. Ravi created a simple, romantic tune in Pahadi, and Shakeel Badayuni wrote, “Chaudhvin ka chand ho, ya aftaab ho, jo bhi ho tum khuda ki kasam, lajawaab ho”. The song described a woman’s beauty marvellously.

After a lean phase in the 1970s, Ravi had  a huge hit in 1982 with Nikaah. Besides hits like ‘Dil Ki Yeh Arzoo’, ‘Fazaa Bhi Hai’ and ‘Beete Hue Lamhon’, this song ‘Dil Ke Armaan’ sung by and picturised on Salma Agha became quite a craze. Of course, there were also many who criticised it for being too melancholic. Hasan Kamaal wrote, “Dil ke armaan aansuon mein beh gaye, hum wafaa karke bhi tanha reh gaye”.

Ravi was known for his sense of melody and simplicity. Though he did fewer films than some of his contemporaries, his songs stood out for their brilliance.