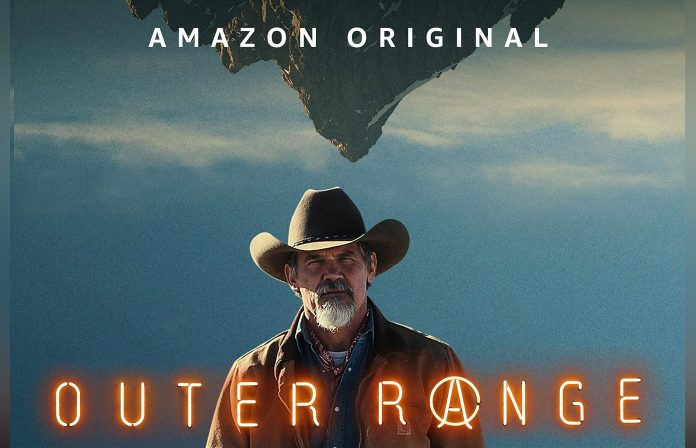 A blend of Western and sci-fi, this series marks the return of Josh Brolin to TV after nearly two decades. He plays Royal Abbott, a Wyoming rancher, fighting with the Tillersons, a rival ranching family, for his land and family, when a mysterious drifter named Autumn arrives. Royal finds a seemingly bottomless hole on his land, when he puts his hand into it, he gets prophetic visions. Deepa Gahlot reviews the series.

Created by Brian Watkins, Outer Range is not a straight cowboys-on-ranch series. It is a fascinating, sometimes confusing, blend of sci-fi fantasy, mythology and family drama.

The best thing about stories set in the still-Wild West, is the panoramic landscape—vistas so vast, that human and animal would seem minuscule.  Royal Abbott (Josh Brolin) has inherited a Wyoming ranch from his wife’s family, but he tends to it with a fierce devotion. He is the old-style of manly man, brooding, protective of his family and the farm which he cares about more than money, as a character points out. His strength that pushes against all hurdles, makes him heroic, no matter what he does. He lives with his supportive wife Cecilia (Lili Taylor), two sons, and a grand-daughter, whose mother has vanished without a trace, and that has caused a great deal of grief in the family. To add to their troubles, a rival clan of ranchers—The Tillersons—made up of their patriarch Wayne (Will Patton) and three aggressive sons—want to usurp part of the Abbott property.

Soon after a mysterious young woman, Autumn (Imogen Poots) appears with a request to be allowed to camp on their land, a massive hole appears there, which, as it turns out, is a time-bending void.

When Perry (Tom Pelphrey) and the hot-headed rodeo bull rider Rhett Abott (Lewis Pullman) get into a bar fight with Trevor Tillerson (Matt Lauria), that results in his death, Royal Abbott quietly tosses the body into the hole, and hopes that is the end of the matter. Even though the town’s Native American Deputy Sheriff, Joy (Tamara Podemski), finds no evidence to link the Abbot men to Trevor’s disappearance, the incident exacerbates the enmity between the two clans. Autumn is not who she claims to be, and things get increasingly complicated.

What goes on is undoubtedly weird, Chronos, the Greek God of Time is invoked, a wounded bison keeps appearing like a bad omen, and much emotional turbulence is unleashed on the Abbotts.

Outer Range uses favourite sci-fi tropes of time-travelling and parallel timelines, but at its core it is about a family trying to stay together and fight the changes that have blown into their lives. Celicia hopes to maintain some kind of normalcy by insisting that the family eats together without fail. But she is helpless against the storm that hits them, which is unexpected and unpredictable.

The eight-part series makes for an engaging watch, because it is such a clutter-breaker, it has great acting, fabulous cinematography and a soundtrack made up of the most wonderful Country and Western classics. To watch a straight, no-frills cowboy drama, check out Yellowstone (also on Amazon Prime) starring fan magnet Kevin Costner.