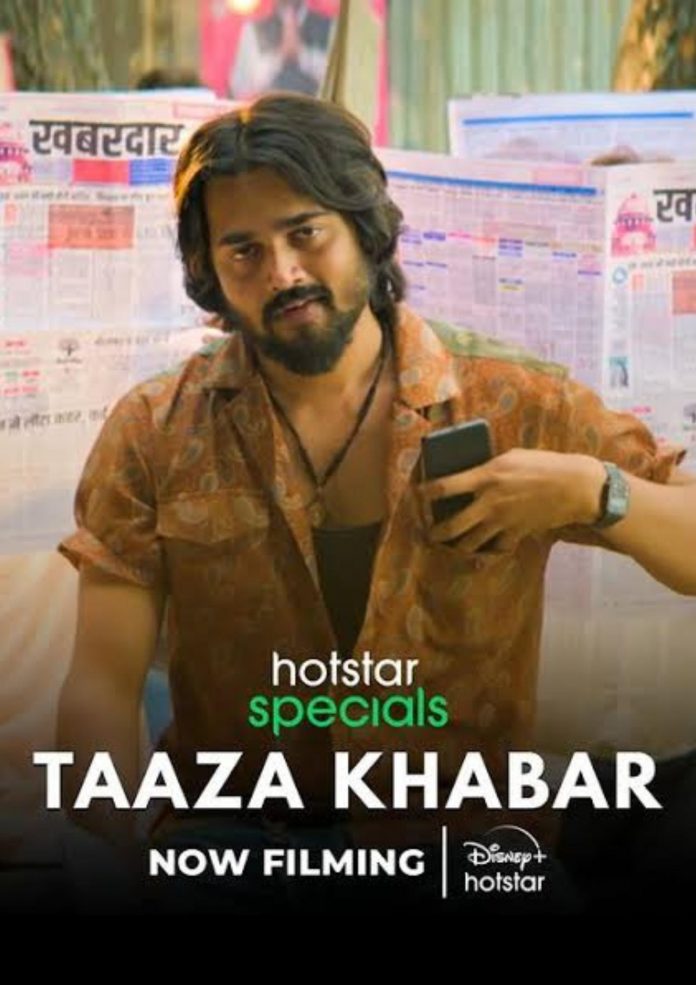 In this age of chasing after wealth, there’s a web show that says Greed is Bad. Taaza Khabar (Disney+Hotstar) is the acting debut of Youtube comedy star Bhuvan Bam, as Vasant ‘Vasya’ Gawde, attendant in a public toilet, who is granted a strange boon.

He shows kindness to an old woman, in return for which she tells him that he will be blessed with prescience, and right away, through his phone he learns of events before they occur. Till then, Vasya lived an impoverished but content life with his parents and friends Peter (Prathamesh Parab),who runs a food stall and Mehboob (Deven Bhojani), who runs a bakery and has a maths wiz daughter (Nitya Mathur). To complete this Mumbai-style secularism, Vasya’s mother works as the domestic help in the home of a Parsi.

Vasant is in love with Madhu (Shriya Pilgaonkar), who works in Reshma’s (Shilpa Shukla) brothel and dreams of being a fashion designer; competing for her affections is a gangster, Shetty (JD Chakravarthy, of Satya fame).

When he understands the power his phone holds, he uses it to make money by betting on cricket matches. It also turns his head to the point that he starts thinking he is god. It’s time for comeuppance then, and who should turn up but Mahesh Manjrekar (whose Vaastav is one of the many sources of inspiration for this series) as Kismatbhai. He has top billing but a brief role, possibly as a glimpse of Season 2. A jealous Shetty, on his way to a political career, tries to trip him up.  (When was the last time a Shetty was Deputy CM of Maharashtra, and which top politician will openly cavort with a sex worker?)

With predictable moral finger-wagging, a man who gets unearned or undeserved wealth, will have to hit his hubris sooner or later, so Vasant has to repent. In a nice touch, his dream literally comes true, but it is with a cruel twist of fate.

Directed by Himank Gaur from a concept by Aziz Dalal (with some help from Echelon Conspiracy), scripted by Hussain and Abbas Dalal, the six-episode series is simplistic and humorless, not to mention too many icky toilet shots, excrement lines and excessive profanity that has become de rigeur in web shows.

Bhuvan Bam is a decent actor though, and carries off the odd role as well as the garish costumes. Shriya Pilgaonkar and others lend good support. Many a dud show is rescued by its actors.