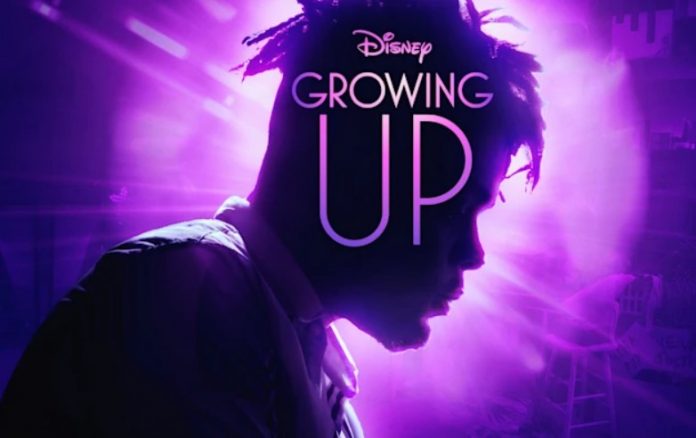 The 10-part docuseries, Growing Up, created and executive produced by actress Brie Larson, has an interesting concept. The format is like group therapy in which a bunch of youngsters share their stories. The focus then shifts to each one, as they talk about themselves; their parents, friends and other close ones share their view. There are some enacted recreations and some real footage, like photos and home videos.

Growing up, as one of them says in the introduction, is hard, and it must be, particularly in America, if the person does not conform to what is considered ‘normal’– that is mostly white and largely conservative outside of the big cities.

The 11 young adults present in a brightly-coloured room, all have problems that they have faced, fought and overcome, whether it was mental issues, race, disability, body negativity, queer or non binary sexual orientation, or simply societal or parental expectations.

It’s all very well for a child to be told to “be yourself,” but what if she is the only Asian in a class full of whites, or black in a predominantly white neighbourhood, or Hispanic who believes the images of machismo that he sees around him or on screen.

It was always tough crossing from childhood to adulthood via the tumultuous teens; even more so now, when the internet has increased peer pressure, confusion about what is acceptable and what is rebellion. Teens have to struggle to fit in, find out where they want their lives to go, and what they want to do. Family support is not always forthcoming, and in any case most young people think their parents don’t understand them.

If a young person wants to do something more than just routine growing up stuff—studying, dating,  movies, chatting, settling on a career– then encouragement from their peers is not so easy to get, as two girls discover when they want to do something about creating awareness about period poverty, or when a kid is black and queer or trans, or overweight. Young people are not exactly high on empathy towards others, though they demand it for themselves.

There is a “hangout” part in each episode, in which the eleven very articulate (or very rehearsed) participants chat with one another, ask questions or make comments. Over the ten episodes, they forge a connection among themselves, as they are all part of a project that will not just change their lives in some ways but perhaps help others identify their issues and look for solutions.

The target audience for this rather simplistic but always earnest series, would obviously be Gen Z, but if parents or older adults are watching too, it might give them some perspective on what the young are thinking, because every generation believes the next one is hopeless and in need of straightening out, while the current generations thinks the previous one is clueless!  Maybe even the grown ups have some more growing up to do.