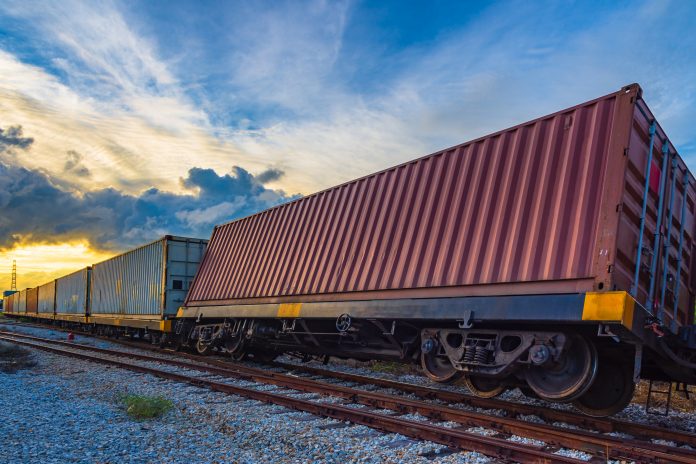 Just as water takes the shape of its container, the people in any organisation take a different shape and appear different. I indicate my experiences in the Railways to point out the oddities of human nature. But I believe that the basic nature of people in every organisation will be the same.

A derailment took place between Malavali and Lonavala around seven in the morning. It was a major derailment of a goods train to Pune. About ten wagons had derailed, four to five of them had capsized and one of them had bent one OHE structure. For my staff, the restoration of OHE alone would have been a child’s play. But for the re-railing of wagons, the OHE conductors needed to be slewed, making the work a big job. Removal of wagons and restoration of work was over towards evening. Thereafter the staff of all other departments left the site, leaving behind only my staff. The OHE staff was exhausted since they were at site since morning. But they worked hard to return home early. The work got over around 11 pm.

My boss was informed in the morning that the OHE was not responsible for the problem and the damage to the OHE was minimal. He therefore took it easy and reached the accident site almost to mark his attendance. By then the OHE work was almost over.  A wiring train used for the OHE work was in place. I was standing on the top of the train along with the staff.  When I saw the boss, I got down on the ground, and received him. Shortly after that the supervisor shouted “Get down from the top of the wiring train, the block is being cleared, power is being restored.” While I was talking with the boss and explaining the sequence of events, the power block was cleared, power restored and the train started moving towards Lonavala. It happened rather quickly. It was a rather dark evening and therefore the movement of the train was not noticed. The train had not picked up much motion and I was able to catch it. But the boss could not make it. He was left all alone at the site. Fear was seen on his face. Night appeared as a poorly lit version of the day with the light from third rate coaches falling on my boss. It made him look humble. I realised the problem and jumped down quickly from the train, more as a duty less as a help to him. Seeing me jumping down, a supervisor also jumped. We shouted for the diver to stop the train, but our shouts were not audible. Supervisor is like a JCO in the army. 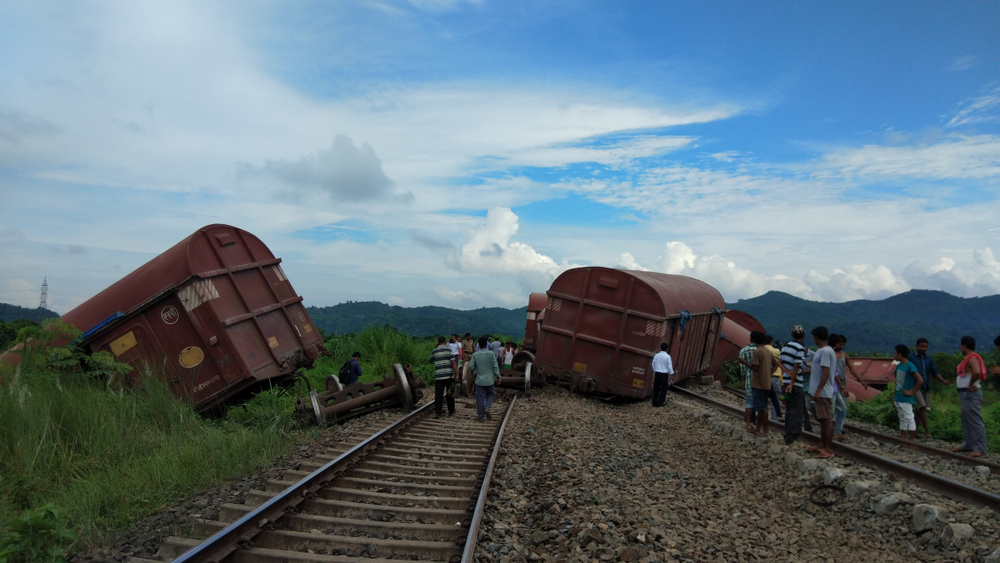 We started walking towards Lonavala on the track. It had rained during the day and the ballast on the track was still wet. Walking along the track was not easy but that was the only option. The frogs settled in the darkness were croaking happily, creating just the opposite effect. We walked on the track opposite to the proper direction of a train movement. The shoes were soaked in rain water. The fibres of decayed wooden sleepers along with the wet ballast made the walk quite difficult. We assured the boss that it was safe on this track. Ever confused, the boss looked repeatedly in the front and at the back to ensure that a train did not appear from somewhere. In the process he tripped a couple of times.

By now I realised that the boss who had been a terror, a roaring lion, was less than an ordinary person. One can see the person’s true colour when he is insecure. He was continuously worried about the snakes, getting run over from the trains, highway robbers and reaching the destination. We knew that no train would go towards Lonavala for a minimum of two hours and therefore we had decided to walk! But he was fearful of everything. After walking for about fifteen minutes, we reached the over bridge of old Bombay Pune road which crosses the tracks from east to west. The tracks at this location are at grade and the road over them. Abutment of the road bridge is pitched with shapeless stones. There were gaps between the stones which provided the space for bushes to grow. Instead of walking all the way up to Lonavala, it was prudent to take a lift from the road vehicle up to Lonavala. We therefore decided to climb over the sloping abutment to reach the road level. My supervisor was a well-built Sikh, who climbed swiftly and reached the road level while I was halfway of the climb. The boss took some time to start, fearful of the grass and bushes. He thought that the path taken by the supervisor was safe since the supervisor had almost reached the top. The boss started to climb.  Maybe due to a hurry to reach the top, the supervisor loosened some stones which started rolling down, in the path thought safe by the boss. Boss got terribly scared. The knee high grass and bushes on the slope had created fear in his mind. He started repeating “Sai Baba, Sai Baba, Sai Baba” loud enough for the truck drivers to hear. The fear of snakes was an apprehension but rolling stones was a reality. The stones were not visible due to the darkness. I too got worried for his safety for the stones getting rolled on his path. But luckily nothing happened. Soon we all were on the top, standing on the road surface. 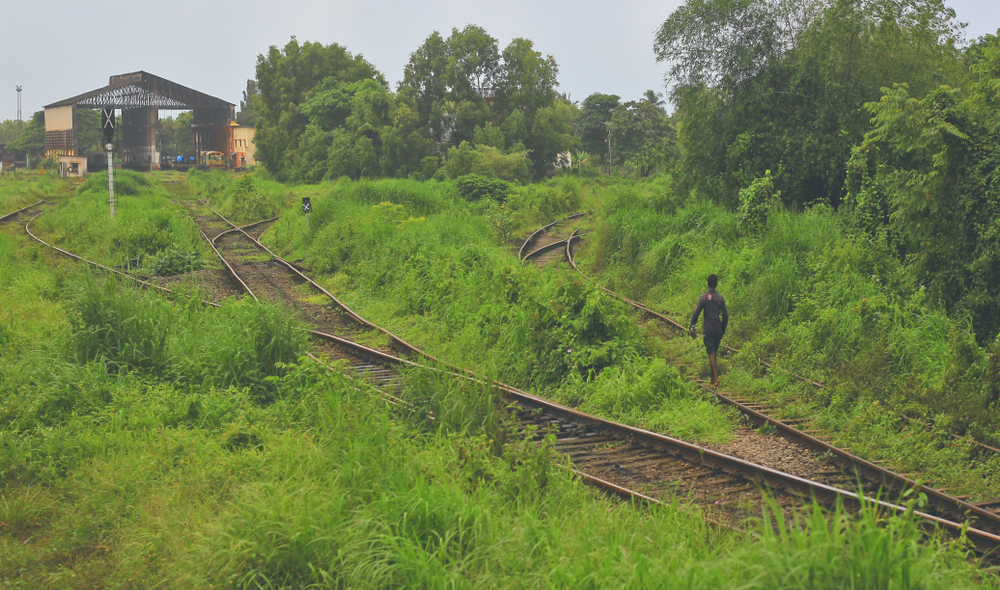 We needed to stop a road vehicle going towards Lonavala and ask for a lift. To our bad luck nothing was easy today. It was easy enough to halt a train but not a truck. The supervisor took his torch in his hand and started signalling to the truck drivers to stop. The problem then in Punjab was recently brought under control by the wonderful police officer Mr Gill. With the face smeared with grease and clothes looking like a garage mechanic and no turban and dishevelled hair, the supervisor gave a fearsome look. No stains, no glory and no story but our need was a lorry. The trucks approaching us increased the speed at the sight of the supervisor. The truck driver’s profession is born out of hard work and fear. The fear prevailed and the drivers preferred to steer away. After his few attempts, I took the torch, and waved the trucks for lift. Luckily one truck stopped after a few attempts. The driver’s cabin looked pretty high from the ground. Higher the cabin, nearer can be God but this God with us, who was expected to lift our career, needed to be lifted to the cab. In a loco driver’s cab, the boss would occupy the assistant driver’s seat, but here he was cringing behind the cleaner’s seat. We reached Lonavala. I and the supervisor jumped down from the cabin of the truck. Getting in the cab was optional but getting out was mandatory. Anything mandatory is not easy so was getting the boss down. The cleaner held him firm, I caught his legs and the supervisor caught the main body to bring him down. Probably due to this, the boss looked defeated.  The series of events so far had reduced his self-esteem to a lowest possible level. He started talking in a tone as if now his life was in our hands. 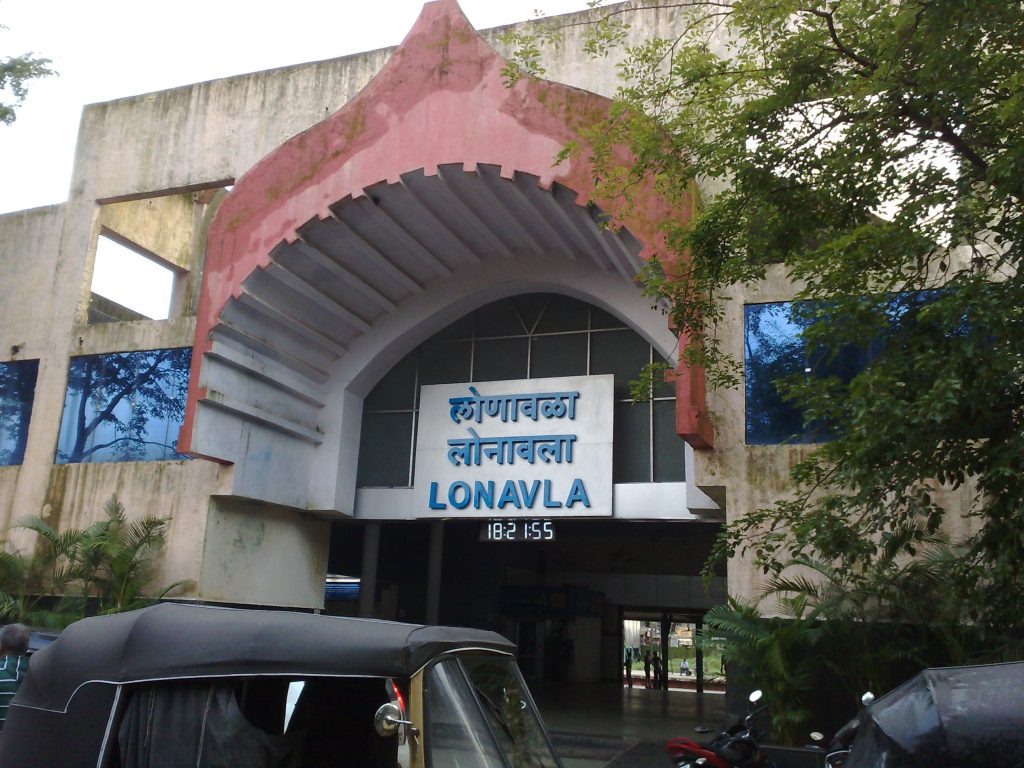 After reaching Lonavala there were two options, either to go by a first train to Mumbai or to stay in the rest house till morning. The first train was expected after two hours and therefore we decided to stay in the rest house for the remaining part of the night.
The rest house was fully vacant and I got two rooms allotted, one exclusively for the boss. He was cowering on a sofa in the hall while we made the arrangement. I took him to one of the rooms allotted to us. Then I realised that he could not sleep alone in the room. Fear had gripped him. The person who does not like anyone to even enter his room, was suggesting I share the room with him. My snoring was no issue for him.

The bravery that comes with power is deceptive.

Suresh P Khade
Suresh P Khade, an electrical engineer, retired as a Director of Indian Railways Institute of Electrical Engineering, after working extensively on Mumbai suburban and main line services. Besides writing many articles and books on Rolling Stock and Over Head Lines, He worked as a Director (Technical) for the first metro line in Mumbai and for the first monorail in India.