Understanding realities of People’s Liberation Army Force Levels, Capabilities and intent opposite Ladakh is critical to assess and determine likely ‘War Scenarios’ based on military strategies to conduct operations; and their intent in short, mid and long term contexts. To assess full PLA capabilities, even the PLA Air Force and PLA Strategic Rocket Forces capabilities needs to be reviewed to reach final assessments.

PLA military reforms started in 2015 transformed the Apex force structures. In particular, the Western Theater Command (WTC) was created responsible for the Indo-Tibet border (Ladakh to Arunachal Pradesh) by two Military Regions (MR) merger – Chengdu MR and the Lanzhou MR – and also for internal security in Tibet and Xinjiang.

Pre Reforms Status in 2017: Pre 2017, there were 2 MRs covering the present Western Theater Command: the Lanzhou MR; and the Chengdu MR. Post 2017, both MRs have been merged to form the WTC. The Xinjiang Military District functions directly placed under PLAA command. Most significantly, Post 2017, as per Chinese media reports, the Tibet Military Command/Military District has been elevated and placed under the PLA Army (PLAA).

Lanzhou MR Force Levels Post Modernization 2017: 21 and 47 Army Army’s have been merged to form 76th Army Group with the Divisions/Brigades restructured as Combined Arms Brigades as given below: 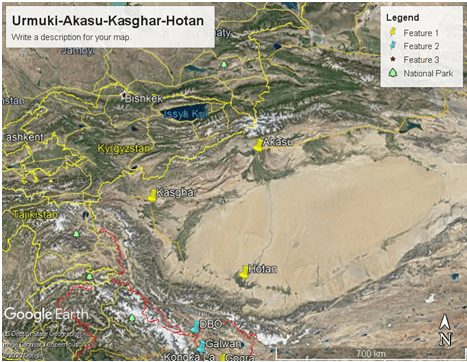 Most important to note that  the Infantry Divisions in the Xinjiang Military District have been modernized as Mechanized and Motorized Divisions as terrain favors mobile warfare.

Nuclear war is ruled out in today’s context. So also, Two Front Conventional War is unlikely. Possibility is most likely for Limited War to secure all disputed areas of LAC and also JFSC campaign based on the recent border skirmishes in Eastern Ladakh and Doklam in 2017 and PLAs de-escalation/disengagement.

Most importantly, all WCT formations/units are trained to conduct offensive and defensive operations in isolated high-altitude areas with difficult terrain and weather conditions. PLA recognizes that ground combat will occur mainly along roads that normally follow valleys or ridges, limiting support and cooperation between forces operating on different axes. Lack of cross-terrain mobility limits the ability of ground forces to conduct penetrating or outflanking operations against enemy forces. The Stride, Joint Action and Firepower training focuses on movement long distances by multiple means to reinforce another region and engage in combat. Also, stress is on airmobile landings in the enemy rear areas.

At the Operational Art level, formations/units are trained to conduct limited Mountain Offensive Campaign or a JFSC. The JFSC is a long-range precision strike by long-range rocket, missile and air forces with the objective to destroy important enemy targets, paralyze the enemy’s operational system of systems, weaken the will to resist and destroy war potential, or create conditions for other operations. Conducting precision strikes against key Indian targets was preferable to conducting difficult offensive ground operations where the defender has an advantage. The JFSC would support border counterattack or mountain offensive, but could also represent an independent campaign. 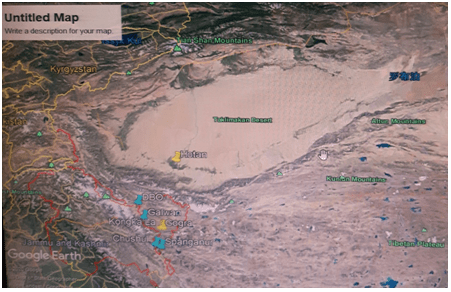 As per former Northern Army Commander, Lt. Gen. HS Panag, most likely operational-level objectives of the PLA in case of “limited war” may be as follows:

Options: With one Mechanized Division, two Motorized Divisions, one Infantry Division, one Special Operations Brigade and other supporting formations integral to Southern Xinjiang Military Division, options at the operational level available include:

Choices: Most likely is resumption of PLA forays to occupy disputed areas as per their LAC claim lines at their choice of timing and places to include:

Thus, the ongoing “Talks” on de-escalation/disengagement is to be viewed as a temporary reprieve only in the context of Xi Jinping’s “Chinese Dream”. In today’s context, PLA has temporarily retracted. Xi Jinping’s ultimate intent or end objective is to address lessons of history: “barbarians encirclement”; “Century of humiliations”; and “accidents of history when colonial powers imposed unfair border treaties when China was weak”.   The doctrine is “Extended Coercion and Creeping Incrementalism” or “Salami Slicing”.

It is grossly unfair on the part of the nation and the politic-bureaucratic decision makers to expect armed forces, particularly ground forces to deter and counter PLA adventures effectively on the Indo-Tibet borders, with their present force levels and weapons systems.  Disengagement should not lull decision makers into complacency. They must equip the armed forces with the latest high-tech combat systems in adequate numbers to counter the PLA misadventures and give enough time to train with them.

Viewed in the above framework of China’s “Grand Strategy”, Force Levels and capabilities, Indian decision makers must exploit the peace interregnum to identify inadequacies in force levels and combat weapons systems post haste. Additional formations and combat weapon systems must be moved into depth areas not only in the Ladakh Theater but also in both the Central and Easter theaters. Prime Minister Narendra Modi and Defence Minister Rajnath Singh must also visit key locations in the Central and Eastern Theaters.

Sam Manekshaw: The Legend Lives On