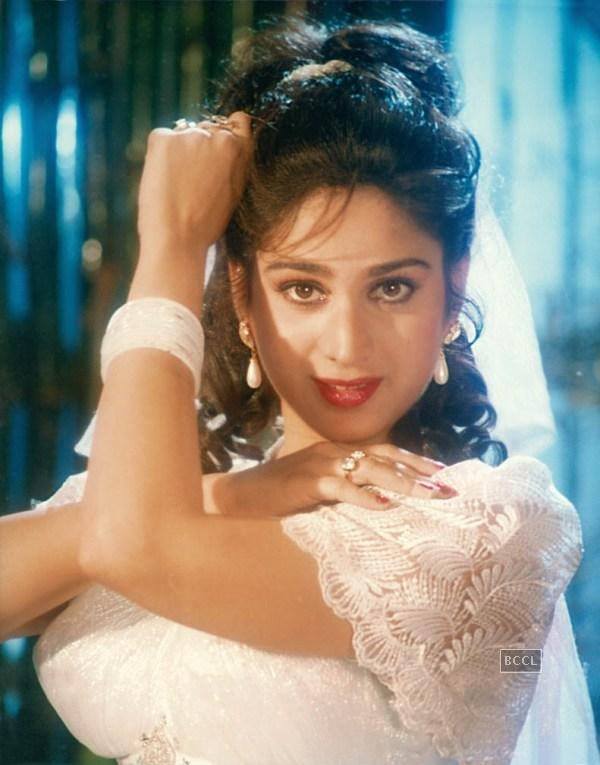 Meenakshi Seshadri was one of the most successful actresses in the 1980s and early 1990s. She had numerous hit tunes filmed on her, and was also best known for her dancing.

To celebrate her 59th birthday on November 16, we choose 10 quintessential Meenakshi numbers. Though some of them are less played today, they were all hits when first released. The order is chronological.

While Meenakshi and Jackie Shroff appeared in the timeless classic ‘Lambi Judaai’, sung by Reshma, ‘Pyaar Karne Waale’ was another huge hit of its time. Sung by Lata Mangeshkar and Manhar Udhas, it was composed by Laxmikant-Pyarelal. Anand Bakshi’s lyrics talked of being fearless in love. The song was an early showcase of Meenakshi’s dancing skills.

Meenakshi was paired opposite Anil Kapoor in one of the two versions of this song sung by Lata and Shabbir Kumar. Nutan also appeared on screen. Bakshi’s lyrics were, “Jeet jaayenge hum, tu agar sang hai, zindagi har kadam ek nayi jung hai,”. Music was by Laxmikant-Pyarelal, who used an emotional pitch.

Shiv-Hari provided music to this song sung by Asha Bhosle. Meenakshi did an eloquent dance, and was paired opposite Anil Kapoor in this Yash Chopra film. The antaras had a waltz flavour, with Nida Fazli writing, “Tera karam hi teri vijay hai”. The film also had the Lata song ‘Meri Aankhein Mein Aapki Aankhein’, picturised on Meenakshi and Anil.

Music director Rajesh Roshan was inspired by the 1960s English song ‘500 Miles’ to create this tune. It was an early hit for Kumar Sanu, who was joined by Sadhana Sargam. The song was filmed on Vinod Khanna and Meenakshi in a party scene. Indeevar’s lyrics were about what to do in difficult situations.

Amit Kumar and S. Janaki sang this song filmed on Sunny Deol and Meenakshi. It was one of those running-around-trees numbers, with music by Bappi Lahiri. Anjaan’s lyrics were, “Pyaar toh mujhse karti ho, don’t say no; marti ho mujhpar marti ho, don’t say no”. The film also had the hit ‘Sochna Kya’ inspired by the global sensation ‘Lambada’.

After Ghayal and Damini, Meenakshi worked for director Rajkumar Santoshi in Ghatak. This was an item number for which she attracted rare reviews for her dancing. It was a posthumous release for music director R.D. Burman, and Kavita Krishnamurthy did a fabulous job as singer. Lyrics were by Majrooh Sultanpuri.

After Ghatak, Meenakshi decided to quit films to settle down with her family. She went on to teach Bharatnatyam, Odissi and Kathak in Plano, Texas, pursuing her passion for dancing.