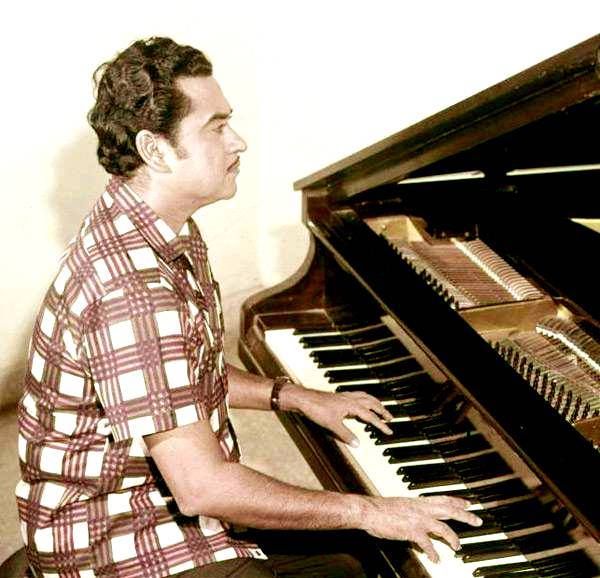 Over the years, we have seen many songs where the hero or heroine is shown playing the piano, either at a party scene or to serenade a lover. This was quite regular in the 1950s and 1960s.Narendra Kusnur select 10 special songs for you to enjoy.

On September 24, Louiz Banks will curate the Mumbai Piano Day concert at the National Centre For The Performimg Arts (NCPA) in Mumbai. The event will focus on international music, mainly jazz. But inspired by the show, we shall talk of the piano in Hindi film music, where it has played an important role in a different manner.

Over the years, we have seen many songs where the hero or heroine is shown playing the piano, either at a party scene or to serenade a lover. This was quite regular in the 1950s and 1960s, though at times one heard sounds of strings and guitars instead of piano. These numbers expressed sadness or joy, romance or jealousy.

Here we randomly picked 10 among the many ‘piano songs’. The actual number of such songs is very large, but here are some popular ones. Favourites ‘Tera Jaana’ (Anari) and ‘Dost Dost Na Raha’ (Sangam) weren’t used this time as they were featured in the Shankar-Jaikishan list last week. There are also others like ‘Geet Gaata Hoon Main’ (Lal Patthar), ”Beqarar Dil’ (Door Ka Rahi), ‘Aaj Ki Raat’ (Ram Aur Shyam), ‘Tum Bin Jaoon Kahaan (Sad)’ (Pyar Ka Mausam)… one can easily add another 20. But in keeping with this column’s format, here are the 10 we have chosen in chronological order.

This time, Sunil Dutt was on piano, with Ashok Kumar and Mala Sinha watching him. Sung by Mahendra Kapoor, the tune was composed by Ravi. In one of his most famous lyrics, Sahir Ludhianvi wrote, “Chalo ek baar phir se ajnabee ban jaaye hum dono”.

Dev Anand actually played a glissando slide on this song composed by S.D. Burman and sung by Kishore Kumar. Majrooh Sultanpuri wrote the lyrics, “Khwaab ho tum ya koi haqeeqat, kaun ho tum batlao”. The song’s highlights were a harmonica solo and the back-up vocals. Simi Grewal and Kalpana were in the large party audience.

A bearded Shashi Kapoor posed on the piano as he sang for Vidya Sinha. The song also had many flashbacks of earlier days. It was a huge hit for Mukesh after he passed away. R.D. Burman composed the music and Bakshi wrote, “Suhani chandni raatein hamein sone nahin deti, tumhare pyaar ki baatein hamein sone nahin deti”. The opening piano was played for the soundtrack by Louiz Banks.

Amitabh Bachchan began with the piano and Randhir Kapoor joined on harmonica as Raakhee sang along. Kishore, Amit Kumar and Asha Bhosle got together on R.D. Burman’s composition. Gulshan Bawra wrote the lyrics. Interestingly, Amitabh forgot about the piano in the middle of the song, but Randhir remembered and played some notes.

The frequency of such situations reduced after the 1980s though one later had the odd instance like ‘Zindagi Har Kadam’ in Meri Jung, the Saajan song ‘Bahut Pyaar Karte Hain’ or the Parineeta number ‘Piyu Bole’. And if all the above-mentioned pianos were black in colour, Shah Rukh Khan played a special white piano for ‘Chand Taare’ in Yes Boss. He also jumped on top of a piano in Dilwale Dulhania Le Jayenge, playing some unique patterns. Call that improvisation, if you please.