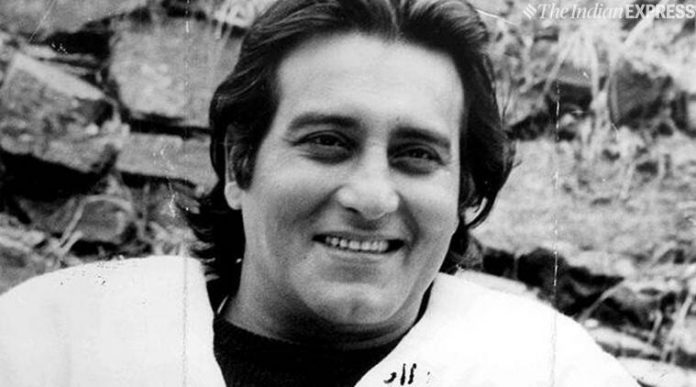 In our Hrishikesh Mukherjee special last week, we talked of how the director had worked with so many composers, by listing 10 songs created by 10 music directors. This time, we choose an actor represented by 10 playback singers.

The late Vinod Khanna, whose birthday is on October 6, had a personality which went with any voice, with each suiting him perfectly. While Kishore Kumar had the initial hits, his career featured the use of many other singers. As such, one could call him a man with many voices.

This list is chronological, and since we are choosing only one song per singer, everyone’s favourite ‘Ruk Jaana Nahin’ from Imtihan had to be excluded. Nevertheless, this was a challenging task.

The song was originally used in the 1959 film Sujata. In Achanak, the composer S.D. Burman used a snippet which he sang himself with Lily Chakraborty, and filmed on a bare-chested Vinod. Lyrics were by Majrooh Sultanpuri, who wrote, “Sun mere bandhu re, sun mere mitwa, sun mere saathi re”.

Though Vinod and his co-star Shabana Azmi had a small role in this song, the interesting thing was that Mukesh sang for him, in the part that began “Tere sang jeevan ki dor bandhi hai”. Laxmikant-Pyarelal composed the music, with words penned by Anand Bakshi. The other singers were Kishore, Rafi and Lata.

One could never imagine Bappi Lahiri singing for Vinod, but he seemed to be perfect for this fun song filmed on a roadside group. Bappi composed the song too, and Shaili Shailendra wrote, “Bambai se aaya mera dost, dost ko salaam karo, raat ko khao piyo, din ko araam karo”. The song became a standard welcome for any Mumbaiwaala landing in another city.

Kumar Sanu was relatively new when he recorded this song, and though it was a copy of the 1960s folk song ‘500 Miles’, it became reasonably successful in India. Sadhna Sargam sang for Meenakshi Seshadri and Rajesh Roshan composed the music. Lyrics were by Indeevar and the song showed couples dancing at a party.

In this beauty, Jagjit Singh’s voice seemed perfect for Vinod, shown singing at a private gathering with Dimple in the audience. Music was by Jagjit himself, and Gulzar shone on the lines, “Jaag ke kaati saari raina, nainon mein kal os giri thi”. It was a nazm with imaginatively used jazz guitar flourishes.

All these songs were popular in their own right, with Vinod proving to be one example of someone who didn’t need a specific timbre to be identified with. After all, there’s a vast difference between the textures of Kishore, Bappi and Jagjit, and yet they all seemed to suit Vinod.