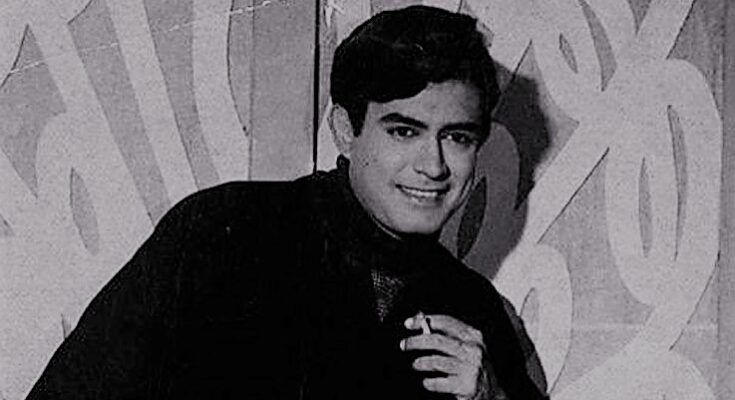 Sanjeev Kumar was undoubtedly one of the best actors in Hindi cinema. Over the years, some great songs were picturised on him. What’s noteworthy is that besides their sheer melodic quality, one also found a lot of artistic expression in his performances.

To mark Kumar’s 35th death anniversary on November 6, we chose 10 songs filmed on him. All of them were big musical hits, and though they were obvious choices, one had to skip other hits from Manchali, Swayamvar and Pati Patni Aur Woh, to take only three examples. The list is chronological.

The song remains hugely popular among fans of playback singer Mukesh. Music was composed by Roshan, who came out with a catchy tune, vibrant choruses and peppy rhythm. The lyrics were by Indeevar, who wrote “Saagar mile kaunse jal mein koi jaane na”. It was picturised on Kumar, Zahida and Mukri in a bullock cart.

The song was based on a unique concept where Kumar and Hema Malini were shown rollerskating on an empty road. Composed by R.D. Burman, it was one of the most fascinating duets by Kishore Kumar and Asha Bhosle. Bakshi wrote the lyrics and the line “O Saathi Chal” stood out as a refrain.

Lata Mangeshkar sang for Jaya Bhaduri, and Bhupinder did playback for Kumar, who was shown to be ailing. One of R.D. Burman’s classical pieces, it also shone because of Gulzar’s lyrics, with trademark lines like “Beeti na beetayi raina, birha ki jaai raina, bheegi hui akhiyon ne laakh bujhai raina”.

One of Kishore’s biggest hits, this was based on the Bengali song ‘Mone Pore Ruby Roy’ sung by R.D. Burman. It was shot in a party scene with Kumar and Bhaduri, with Burman also composing the Hindi version and Majrooh Sultanpuri writing the lyrics. Lines like “Aag se naata, naari se rishta, kaahe man samajh na paaye” were hummed all over.

This was a sad song written by M.G. Hashmat, with Kishore singing, “Pyar ke waade ho gaye jhoothe, wafaa ke bandhan toote”. Music was by Kalyanji-Anandji and the tune was picturised on Kumar and Sulakshana Pandit, who played a couple in this suspense drama.

Here, lyricist Gulzar was inspired by a Mirza Ghalib line in the mukhda “Dil dhoondta hai phir wohi fursat ke raat din”. Bhupinder and Mangeshkar sang this song, which Madan Mohan composed before he passed away. It was filmed in a hilly forest area on Kumar and Sharmila Tagore. Bhupinder’s sad version was popular too.

A lullaby-like song sung for a child, this was a huge hit from the Sanjeev Kumar-Jaya Bhaduri film. Sung by Kishore in his inimitable style, it was composed by R.D. Burman and written by Sultanpuri. There was another version by Mangeshkar, and the song was remembered for its melody.

Though Amitabh Bachchan and Rekha were the focus of this Holi song, the changing expressions of Sanjeev Kumar and Jaya Bhaduri are worth mentioning. Kumar was seen playing a dholak, as Bachchan sang to Shiv-Hari’s tune. The song was based on lines written by Harivanshrai Bachchan, and Kumar’s expressions were amazing.