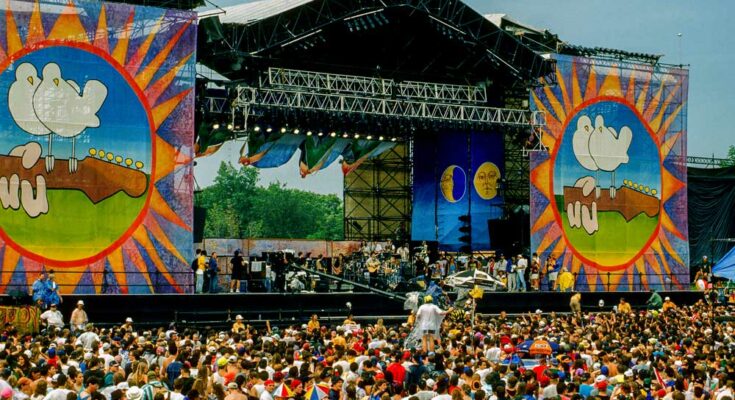 The name itself evokes an entire era of free-thinking and immortal music. Y R Anand looks (and listens) back at the iconic festival

I came upon a child of God

He was walking along the road

And I asked him, where are you going

And this he told me

I’m going on down to Yasgur’s farm

I’m going to join in a rock ‘n’ roll band

I’m going to camp out on the land

I’m going to try an’ get my soul free

And we’ve got to get ourselves

Back to the garden

These were written by Joni Mitchell just after the incredible Woodstock festival in upstate New York from August 15 to 18 in 1969. It is hard to imagine 50 years have flown by since the seminal rock festival, which started as an Aquarian exposition for three days of peace and music in Bethel, New York. 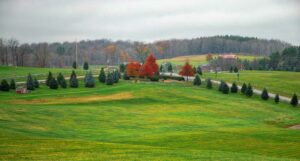 The renewed interest and good news for die-hard rock fans is the news of the release of a 38-disc, 432-song, 36-hour limited-edition Woodstock 50 – Back to the Garden – The Definitive 50th Anniversary Archive set. This promises the first definitive collection featuring every artist who played the original concert. This is a complete reproduction of all the songs, announcements and other festival related sounds.

While the original plan was for three days, it got extended to a fourth day with Jimi Hendrix playing the last set. The crowd that had swelled to over 400,000 had been reduced to less than 30,000 people by the time Hendrix came on stage. He and his band played close to two hours.

Woodstock became a symbol of peace and protest against the establishment and Vietnam War.

And it all began with Michael Lang, Artie Kornfeld, Joel Rosenman, and John P. Roberts getting together and planning a music festival for profit. The ticket was priced at US$ 18 for advance booking and US$ 24 for buying at the gates, for the weekend. In the end, around 186,000 tickets were sold, and the rest attended the festival free. The organizers ended up with a mountain of debt but the world was gifted a historic moment in music, with images that remain fresh to this day.

However, the organizers held the copyrights for the concert and were rewarded handsomely with the release of the film, the recordings, and subsequent royalties.

The venue went through many changes, as some of the towns selected did not allow hippies to invade their peace. Eventually, Max Yasgur agreed to lend his 600-acre milk farm for the festival. The farmland formed a natural bowl sloping down to Filippini Pond on the land’s north side. The stage would be set up at the bottom of the hill, with Filippini Pond forming a backdrop. The pond would become a popular skinny dipping destination.

The organizers had expected 50,000 people at the most. Almost half a million turned up. Rain turned the ground muddy and slushy and most of the roads around were clogged with traffic. Artistes had to be flown in.

Prakash Ullal had gone to USA for his Master’s degree, having graduated from IIT Bombay in 1966. Here is what he remembers about his experience of Woodstock.

“Sometime in July 1969, we learned about a Folk-Rock festival in upstate New York, the Woodstock festival to be held sometime in August in a farm in Bethel, a small town. Sly And The Family Stone (one of my favorites then) would be performing at Woodstock, along with a big list of rock bands. It was rumored that Bob Dylan would be performing also since he lived nearby. So, I promptly decided to go along with my IIT buddies. Looking back, the biggest mistake that we made, was to buy Tickets for Woodstock and that too, at $20 a ticket. Expensive at that time. 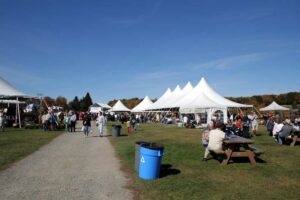 “So, on Friday I took off along with 3 other friends started our epic and what a memorable journey to Woodstock in a green Mustang! A few hours later, driving towards Bethel, we encountered one of the biggest traffic jams that I had seen at that time. It felt like millions of people and cars were on the narrow road to Bethel. Cars were parked on both sides of the road and people were walking, trudging, laughing and waving the peace sign. It was an unbelievable sight. And the local village people were offering food and water along the way. And in the distance, we could hear music. We parked and walked. Two or three hours and 11 miles later, we entered into chaos and beauty, the Woodstock Music Festival.

“We reached Woodstock at around 7 in the evening. The first impression that we got was, no counters for tickets and no gates for entry. On the loudspeakers, the announcement was being made that the festival was free. What a bummer! We had actually bought tickets. As we entered the venue, we saw thousands and thousands of people (mainly Hippies and some normal folks) spread over acres of Yasgur’s farm and still coming. All facing the biggest concert stage that I had seen at that time, with huge tower speakers (probably 10,000 watts of music power). We could hear these speakers during our walk to Woodstock. And then it was the beginning of music euphoria for the next 3 days and nights.”

Most of the normal facilities for such crowds could not be organized, which was made worse by the weather. The food ran out on the first day and the US army had to drop off snacks packages via helicopter. Drugs of every description was free-floating and consumed every day. The festival was remarkably peaceful given the size of the crowd, the bad weather, and logistical glitches. Amazingly only one person died of an overdose, while one girl was run over by a tractor, while she was in a sleeping bag at night.

Here are some more impressions from Prakash Ullal:

– No food counters were operational. We ate porridge for 3 days, which was supplied free by the organizers.

– Sanitation facilities were minimal. We held our breath for 3 days!

– Food and water by shared by everyone. There was great atmosphere of love and peace. There was no violence at all.

– Nonstop music by some of the greatest bands of all time for 3 days and nights. Lost track of time and space

– And finally, my best friend’s comment, telling me ” why the f— did you bring us here, it’s changed me” in his prim and proper Delhi American accent.

– Finally, the 10-mile walk back on Monday morning trying to locate the green Mustang, and voila we found it!!!!

– And then it was back to reality.

The first glimpses for folks in India was the release of the iconic film Woodstock and a set of 3 long-playing records. Alas, these could highlight only a very limited version of the vast amount of music that was played out during the festival. Listening to the music and seeing the film was like magic transportation to another musical land.

CCR was the first mainstream rock band who signed up and led to some of the other major performers to sign up also. In fact, they played a set of 11 songs. But they were not published in any of the early releases. One reason was that John Fogerty felt their performance was subpar. He felt that the previous set by Grateful Dead had put the audience to sleep, by the time CCR came on the stage. 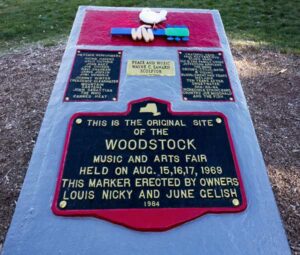 To quote John Fogerty: We were ready to rock out and we waited and waited and finally, it was our turn … there were a half million people asleep. These people were out. It was sort of like a painting of a Dante scene, just bodies from hell, all intertwined and asleep, covered with mud. And this is the moment I will never forget as long as I live: A quarter-mile away in the darkness, on the other edge of this bowl, there was some guy flicking his Bic, and in the night I hear, “Don’t worry about it, John. We’re with you.” I played the rest of the show for that guy.

After the opening act by the toothless Richie Havens with his rasping voice improvising Freedom, the then well-known yoga guru in the west, Swami Satchidananda was called in to give a short speech. Pandit Ravi Shankar also performed on the opening day itself.

Woodstock gave a career boost to several fledglings and struggling musicians, Santana and Crosby, Stills, Nash, and Young being young artistes who rose to fame after the festival. CSNY was a nervous group when they came on stage, as can be heard by Stephen Still saying “This is only the second time we’ve performed in front of people. We’re scared shitless.” Wooden Ships, one of the songs played in the festival and showcased in the record is wonderful song and many melodies followed from this group subsequently. In their post-Woodstock album So Far, they performed the Joni Mitchell song Woodstock to great acclaim.

Pandit Ravi Shankar’s music accompanied by the table of Alla Rakha also mesmerized a young audience. For many of them, it was their first exposure to Indian classical music, which was the only foreign music featured during the festival.

Here are more impressions of the performances first-hand from Prakash Ullal:

– Sly and The Family Stone singing “Take Me Higher” late at night. (We were already stoned by that time)

– Gracie Slick and The Jefferson Airplane singing ” Don’t You Need Somebody to Love” at 4 in the morning (me, almost near the stage sitting on the wooden fence barrier. I could almost feel the early morning wrinkles under her eyes)

– Santana arriving in a helicopter and then playing “Soul Sacrifice”

For all the great music, the musicians had not charged a lot for their appearance. Only 5 of the 32 artistes charged in 5 figures. Santana was paid a lowly US$ 750!!

The festival was closed by Jimi Hendrix, as his contract stated that he must close the festival. Unfortunately, with the additional day added, most people were pretty much burnt out by then and missed it (around 10 AM on Monday morning). Hendrix was also the highest-paid performer.

In the end, what remains is a legacy of great music and great memories. It has left a profound impact on everyone involved with rock music, musicians, music lovers, and the music industry. The memories will live on in the minds of rock fans forever. 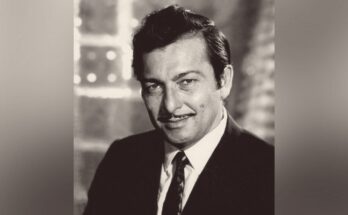 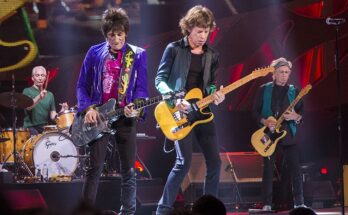