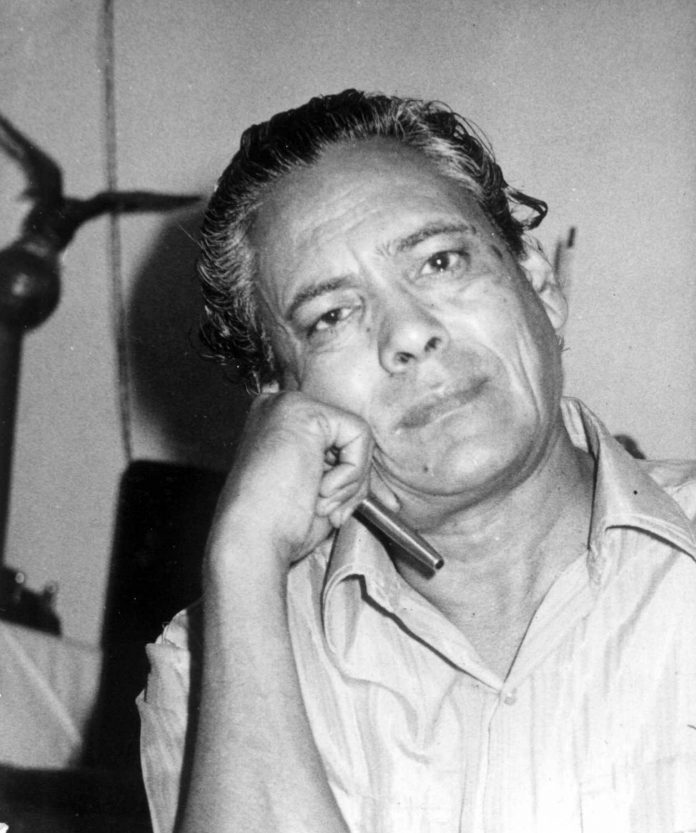 Interestingly, all songs have been composed by Shankar-Jaikishen. The popular music directors often divided their lyrics between Shailendra and Jaipuri, and the results were amazing. The order is chronological.

Jaipuri got a Filmfare nomination for this song sung by Lata and filmed on Sadhna and Rajendra Kumar. The lyrics were, “Aji rooth kar ab kahaan jaaiyega, jahaan jaaiyega, hamein paaiyega”. It was based on raag Desh. The lyricist also wrote ‘Ae Nargise Mastana’, ‘Bedardi Balma’ and ‘Ae Phoolon Ki Rani’ in the film.

One of the biggest hits written by Jaipuri, Shankar-Jaikishen composed this in raag Shivaranjini. It was sung exquisitely by Rafi. It is played at many weddings. Rajendra Kumar and Vyjayanthimala appeared on screen. The bansuri was dominant, and the words were, “Baharon phool barsao mera mehboob aaya hai, hawaon ragini gaao, mera mehboob aaya hai”. Jaipuri received the Filmfare Award.

The image of Rajesh Khanna and Hema Malini riding around Mumbai on a motorcycle is still fresh, over 50 years after the song’s release. Kishore Kumar did his trademark yodelling, and the lines were, “Zindagi ek safar hai suhana, yahaan kal kya ho kisne jaana”. Another version was sung by Rafi. Jaipuri got his second Filmfare award for this song.

Needless to say, there were many more instances of the SJ-Hasrat magic, in films like Awara, Shree 420, Anadi, Prince and Pyar Hi Pyar. Those songs are hummed even today.