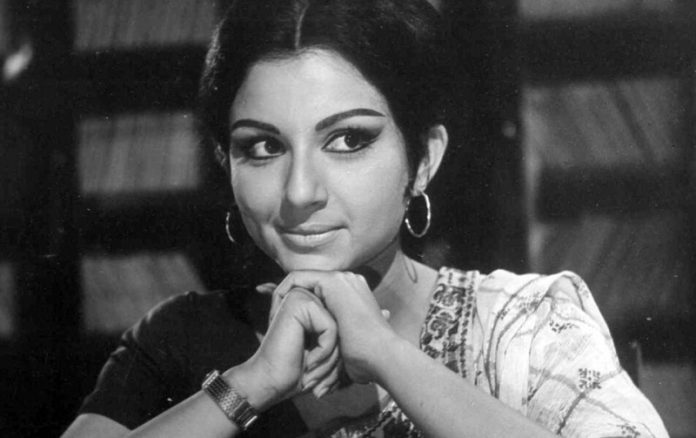 Beginning her Hindi film career with Kashmir Ki Kali in 1964 after a few Bengali movies, Sharmila Tagore did some great films till the late 1970s. She had many hit songs, mainly sung by Lata Mangeshkar and Asha Bhosle.

To mark her 77th birthday on December 8, we choose 10 songs filmed on her. Interestingly, four of them feature then superstar Rajesh Khanna. The choice wasn’t easy considering the number of hits associated with her. The order is chronological.

Incidentally, Sharmila shares her birthday with Dharmendra, her co-star in Anupama, Mere Humdum Mere Dost, Satyakam and Chupke Chupke. For 10 Dharmendra hits, check out the piece we did last year on  https://seniorstoday.in/music/10-unforgettable-dharmendra-songs-to-celebrate-his-85th-birthday