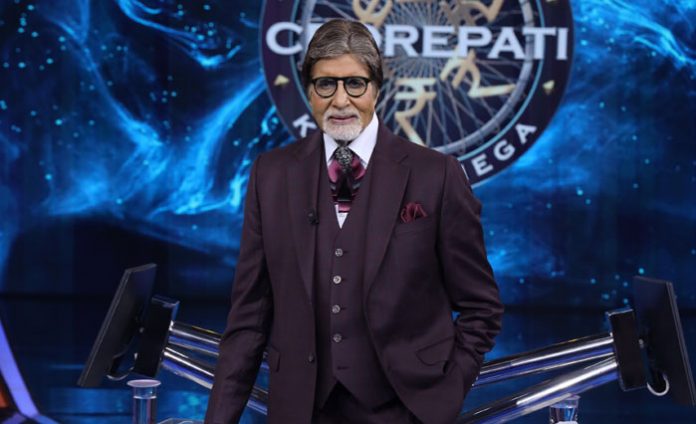 As the megastar is set to enter his 80th year, we look at his best films, his unforgettable songs and his memorable advertisements

Lock kiya jaaye? There must be very few people who are not familiar with this instantly identifiable line from Kaun Banega Crorepati – the quiz show that probably wouldn’t be what it is without the presence of its magnetic host, Amitabh Bachchan.

As he enters his 80th year on October 11, Bachchan carries with him the legacy of a long and illustrious acting career, starting from serious, thoughtful roles, going on to angry young man typecasting, singing-dancing romcoms, social crusader characters, maverick figures… he has essayed them all with flair. Amitabh carried off even the most ridiculous scenes with panache, underlining his talent as an actor for all seasons.

And if that wasn’t enough, he has also carved out his own place among the new generation – the Twitterati – with his numbered tweets, sometimes philosophical, occasionally trite.

Even the rocky road that Bachchan travelled is an object lesson in not just surviving but making a comeback in a reinvented format. When his venture ABCL did badly, there were quite a few who were ready to write him off, as a brand as well as an actor. But after a hiatus, which included what he terms one of the darkest moments in his career, Amitabh gave a fitting answer to his detractors. He did what he does best – went back to acting. Yash Chopra’s Mohabbatein and his debut in KBC marked the upturn in his fortunes, though it was a while before he ruled the roost again.

When he did, it was as a reinvented Amitabh, a thespian playing his age, an actor taking up roles that challenged definitions and stretched boundaries. Where once audiences relished his song-and-dance numbers and dashing action sequences, now they look to him for measured performances, acting that explores the nuances of his characters.

Forget all his lovable and charming roles – he has even won hearts playing a boy suffering from progeria (Paa), a cranky hypochondriac (Piku), a curmudgeon with no visible redeeming qualities (Gulabo Sitabo). At one time, he had lost almost everything. Now, he puts everything into his roles, as if he has nothing to lose.

In his career spanning more than 50 years, it is a tall order to pick out the best of Amitabh Bachchan. His films, his unforgettable songs and dance moves and his memorable ads – our columnists tell us what they like best about the actor who was rejected by All India Radio for having the wrong voice. Just imagine.