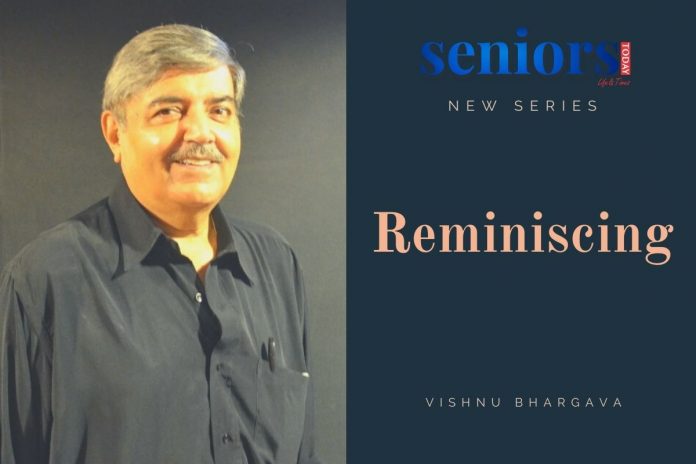 I believe in and practice.

Now I share 2 incidences of my life which taught me a lot & made my belief more strong in above philosophies.

1. Me & my cousin (about 5 months younger to me) were staying together in joint family house in Mumbai (erstwhile Bombay) & were studying in the same class from the beginning. I was better in studies from him. After schooling from Hindi Medium school we joined St. Xavier’s college in Mumbai for graduation. After Inter Science we appeared for IIT entrance exam & my cousin got admitted in IIT, Mumbai while I was not selected.  At this point I lost all hopes in life & started remaining sad thinking the I will do B.Sc. & become a clerk. At this point my father told me that “beta mayoos mat ho. Bhagwan jo bhi karte hain acche ke liye karte hain”. At that time           I thought that “ye kya hai”. However I went on to do my B.Sc. & then got admitted to IIM, Kolkotta for MBA. I took four years after Inter Science but my cousin had one more year to do his engineering graduation.  It is then that I remembered my father’s words & practice that philosophy till date with more faith.

2. I got married at the age of 24 & had our son born when I had completed 25 years, a very young age. Un fortunately son was born with a disease called Hydrocephalus, never herd earlier by us even though my wife Neera was working as dietician at AIIMS in pediatrics department. His head was growing bigger & had to be operated upon by cutting the head & incisions on neck, chest till heart. A shunt was inserted when he was only 4 months. Since then till now he has been operated upon 29 times & has been cut as many times on head, neck chest & up to abdomen. He is now 47 +.

3. Throughout this trauma we thanked GOD as wife was with AIIIMS in right department, with extremely cooperative boss. Dr. Upadyay, the surgeon too was like GOD. If this was not the case we would have shown our son to some doctor who would not have diagnosed the right disease & kept him on medicines till the damage to brain was done & he would have become a retarded child. He is married to Sarika & has a lovely daughter Kriti.