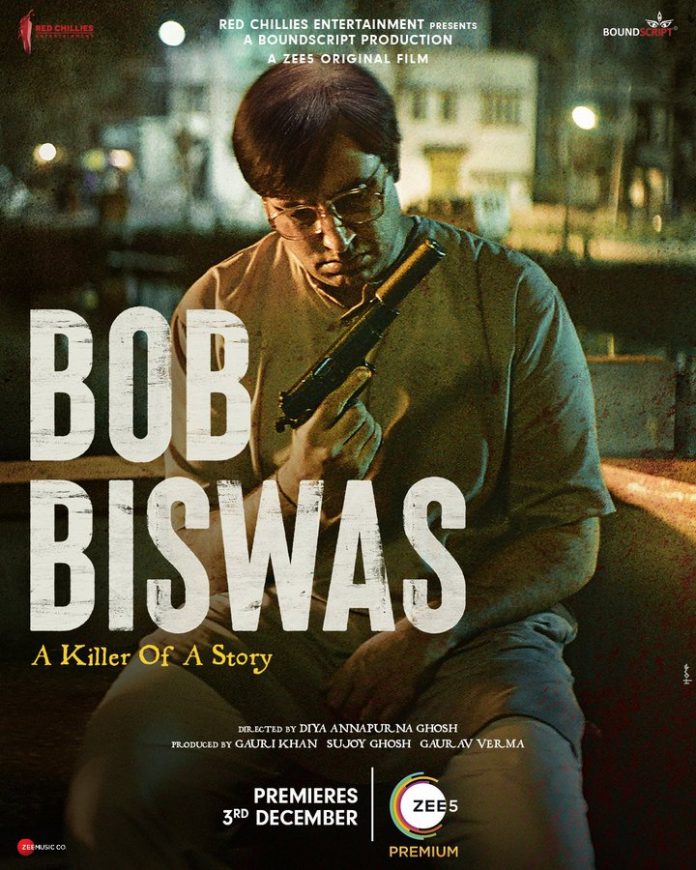 Had the makers of Bob Biswas known that the film would end up being streamed on an OTT platform, they would probably have cast Saswata Chatterjee, the original actor from Kahaani (2012). Replacing him with Abhishek Bachchan takes away from the power of the character—his ordinariness.

In the earlier film, he was a hired assassin working as an insurance agent, which was a perfect cover. He looked like the kind of guy nobody would notice, and certainly not believe that he could be a killer. Sujoy Ghose, the director of Kahaani, has written and produced a spin-off film, directed by his daughter Diya Annapurna Ghosh. The passage of time means that a majority of viewers may not remember Kahaani  in minute details, Bob Biswas was a peripheral character, brought alive because the actor playing him was so brilliant, that he got a fan following of his own.

The new film is, sadly, not an origin story; how did the innocuous family man become a hitman, is a question not answered here. Bob emerges after eight years in a coma, looking not the least bit emaciated, but with his memory wiped out. He rejoins his family—wife Mary (Chitrangda Singh), son Benny (Ronith Arora) and sullen teenage step-daughter Mini (Samara Tijori) in a crumbling cottage.

Two men tailing him believe that he is faking the amnesia, and much to his own surprise, he is able to assemble a gun, and shoot an annoying neighbour, seemingly with muscle memory. Without really meaning to, and not quite understanding where he is headed, Bob is pulled back into his old life in the underworld, where there is a thin line between unscrupulous methods used by law enforcers and law breakers.

As he wanders around with a puzzled frown, his paunch protruding under his messenger bag, Kolkata is in the grip of a new drug called Blue, that students are using to stay awake during exams and then getting desperately addicted. Mini, studying for medical entrance, falls prey to Blue and becomes a chink in Bob’s seemingly indestructible armor of inconspicuousness. He goes about his business in a city still mostly devoid of CCTV cameras; and even a bright spark of a cop, (Tina Desai) doesn’t ask for details when he says he happened to be near a crime scene to meet a client.

The film makes for a fairly interesting watch, even if it is a bit too schematic; except for the leads, all the actors are perfectly cast—particularly Paran Bandopadhyay as Kali Da, who runs a homeopathic pharmacy as a front for his criminal support activity, and has an unbreakable “rules are rules” code of honour, or Pavbitra Rabha as Dhonu, the Nepali owner of a food stall and Bob’s buddy.

Chitrangda Singh is too mannered, while Abhishek Bachchan does shed his vanity to play a paunchy, balding man, but the effort shows—an unflattering wig and dull wardrobe do not wash off the Bollywood star dust.