Entertainment Review: Pieces Of Her 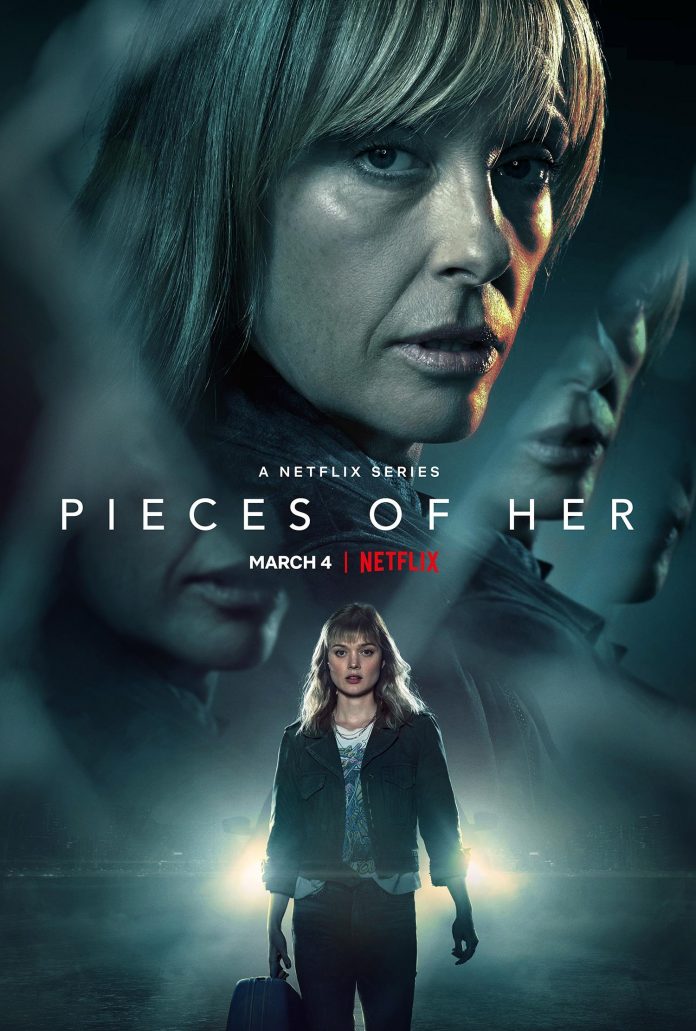 Karin Slaughter’s bestselling novel, Pieces Of Her, has quite a few familiar thriller elements—a person’s past suddenly springing up and unending the present; a feckless young women, coasting through life, finding herself thrown into chaos and violence. It must have looked attractive enough to be greenlit for an eight-part series, which Minki Spiro has directed.

Andy (Bella Heathcote) has moved from New York to the picturesque small town of Belle Isles to look after her mother, Laura (Toni Collette), a cancer survivor. Andy works as a dispatcher with the local police, and spends her days in an aimless haze. Her mother exhorts her to make something of her life, which is the touchy subject being discussed at lunch to celebrate Andy’s 30th birthday.

A gunman comes into the diner and shoots two women, and in the melee, Laura confronts and kills him with his own knife still buried in her hand. She is hailed as a hero for saving so many lives, and her photo flashed on television opens up a long-buried can of worms. To Andy’s surprise, Laura is uncomfortable with the media presence around, and wants her to leave the house to move in with her kindly stepdad, Gordon (Omari Hardwick).

Then a man pops up to attack them, Andy is forced by her mother to run, as she rattles off a whole list of complicated instructions about where to go and what to do.  Andy discovers that her mother had a dark past about which she knew nothing. Why did her mother have multiple fake ids, and a full escape kit with money and a gun hidden in a car inside a storage unit? And in spite of following everything her mother told her, why is she being tailed by a shadowy figure?

The plot (adapted by Charlotte Stoudt) is interesting up to this point, and some amount of sympathy built up for bewildered Andy. Then the series of twists, flashbacks to explain who Laura used to be and why she chose to change her identity and hide out in a small town, who she is being pursued by and why, get long-winded and a bit boring. What worked in a book, does not necessarily translate well to the screen—at least not through the convoluted scripting.

However, if a viewer has watched three episodes, there is some curiosity generated about Laura’s true identity and her backstory (Jessica Bardem plays a younger Laura) with explosive family drama. Toni Collette, even with those unflattering bangs, is terrific enough for couch potatoes to pick this show from the OTT menu.