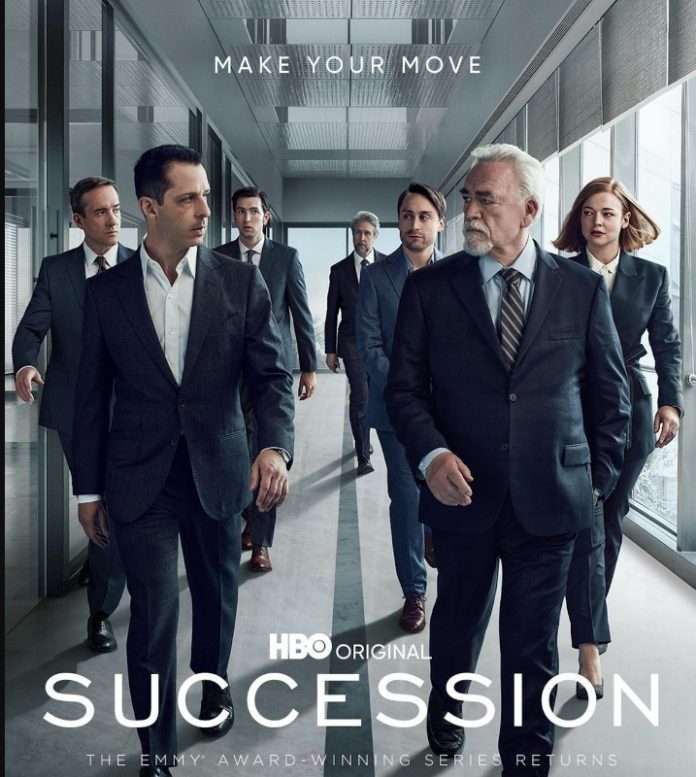 One of the greatest movie crooks of all time, Gordon Gecko, said in Wall Street (1987), “Greed is good.”  All the characters in the hit show Succession, nominated for 25 Emmy Awards this year, personify this; it is fascinating to watch how none of the lead characters in the series has any scruples, and no love for family. All they want is money and power.

When media baron Logan Roy (Brian Cox) suffers a stroke and is not expected to survive, a succession battle commences between his three sons and daughter to take over his company, Waystar Royco. The oldest son, Connor (Alan Ruck), by his first wife, has ambitions of his own; of the remaining three from his second wife– Kendall (Jeremy Strong), believes he is the one, who rightfully deserves the position of CEO, because has been running the show, even if his decisions lead to disaster; black sheep Roman (Kieran Culkin), does not particularly care as long as his lifestyle is not jeopardised, but throws in his claim anyway; the daughter, Siobhan ‘Shiv’ (Sarah Snook) is the most fiercely ambitious, and married to a man, Tom Wambsgans (Matthew Macfayden), who wants a share of the pie too. There is an opportunistic nephew, Greg Hirsch (Nicholas Braun), hanging around playing one sibling against the other to ingratiate himself with Logan.

The patriarch recovers, however, and tended by his third wife, Marsha (Hiam Abbass), gets back on his feet. Kendall goes to the extent of instigating a vote of no confidence against his father in an attempt to take over the company, but has to retreat when he needs Logan to save him from the aftermath of a drunk-driving incident in which a man is killed.

Later, when a sexual harassment and cover-up scandal hits the company, Logan wants Kendall to take responsibility, even if it means going to prison, Kendall defies Logan again and publicly accuses his father of deflecting blame. Shiv hopes Logan will name her CEO, but he keeps them all on tenterhooks, and at the end of Season 3, decides to sell the company. The siblings, united for once, are unable to prevent the sale, because their own mother betrays them for money. Season 4 is underway and the Roy family saga will continue.

There is constant dramatic tension and dark humour built up in the series, as the characters try to backstab one another. Kendall is mean-spirited towards his siblings, yet pathetic in the way he repeatedly tries and fails to manipulate his father.

The Roys belong to the supposedly sophisticated upper class, but in their use of obscene language and nasty behavior they are worse street thugs. There is not a single sympathetic character, which is probably why Succession makes for such fascinating viewing. The Roy clan makes the ordinary viewer feel that if wealth turns people into such monsters, why aspire to it?

The production values and performances of Succession are top notch, and earlier seasons have won Golden Globes, BAFTA Awards and Emmys. Of the 25 nominations this year, at least a few will be bagged by this show.