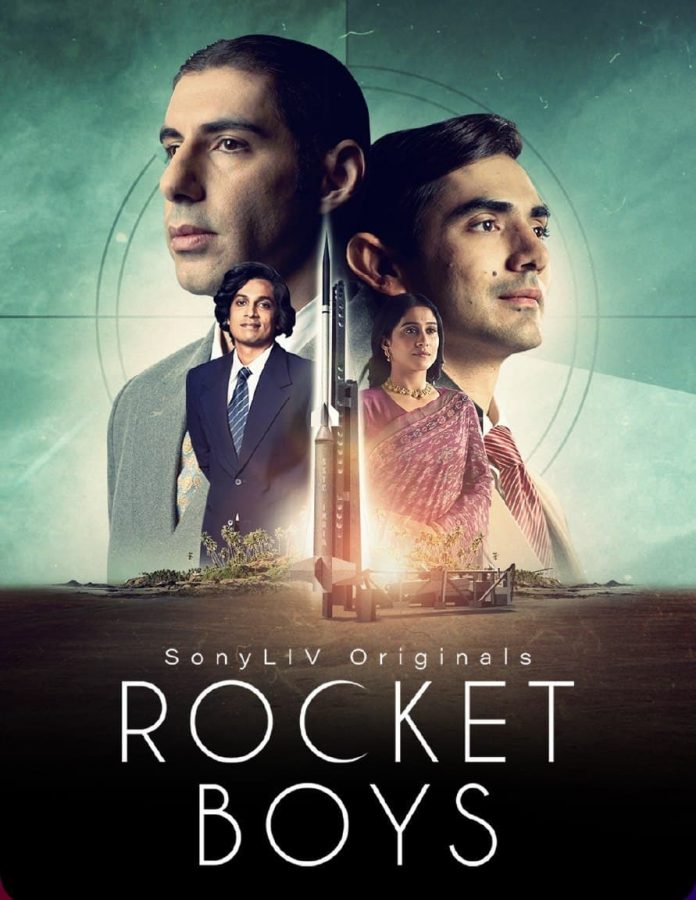 The timing of this web series could not have been better. Rocket Boys, comes at a time when the country seems to be regressing into memories of a glorious mythological past. The series, written and directed by Abhay Pannu, is about two great scientists whose dream was to bring India on par with the world in science and technology. It’s wonderful to see that producers Nikkhil Advani and Siddharth Roy Kapur have not taken the easy, jingoistic way to convey patriotism.  Rocket Boys is an ambitious, handsomely mounted and shot period drama about a difficult yet hopeful era of post-Independence India, that is now in danger of being forgotten.

Homi Bhabha (Jim Sarbh-utterly brilliant) came to be known as the father of India’s nuclear programme, and Vikram Sarabhai (Ishwak Singh) steered the country’s space programme. Pandit Jawaharlal Nehru (Rajit Kapur) was a nation-builder in the true sense, and encouraged men like Bhabha and Sarabhai to establish some grand institutions.

Both came from wealthy, privileged families and were sent to study at Cambridge. The World War, the freedom struggle, and their own brand of sincere nationalism brought them back to India to introduce a modern scientific temperament in a country left battered by colonialism.

A decade apart in age, they grew to be close friends, in spite of their widely diverse temperaments. Bhabha was a true renaissance man, knowledgeable not just about nuclear physics, but also music, art theatre and sports, flamboyant with a wicked wit. Sarabhai, was quiet, earnest, and, influenced by Mahatma Gandhi, he dressed in khadi kurta-pyjamas.

The earlier episodes, when the two are young, have a lot of charm and humour—as they experiment and bicker;  they hoist the Congress flag when a British funder is visiting Bangalore’s Indian Institute of Science, where they work with CV Raman (Karthik Srinivasan); they meet and woo women; Bhabha flirts with the spirited lawyer Parvana ‘Pipsy’ Irani (Saba Azad), while Sarabhai falls for and marries the outspoken Mrinalini Swaminathan (Regina Cassandra), the Bharat Natyam dancer with ambitions of her own. All the actors are outstanding– even though a couple are miscast, it is a remarkable ensemble.

Bhabha and Sarabhai did not always agree—the latter was vehemently opposed to the former’s plan to build an atomic bomb—but they supported each other’s vision. A young APJ Abdul Kalam (Arjun Radhakrishnan) makes an appearance as Sarabhai’s team member, as India’s first rocket launch hits a snag, and some jugaad is needed.

It’s interesting to see the personal lives of these scientists, to watch them humanized in moments of disappointment and doubt. The science is explained in easy terms and though the dialogue is occasionally clunky, the proceedings are never boring. There is intrigue involving envious colleagues, a scheming journalist (Namit Das), the ubiquitous CIA. Bhabha had been killed in a plane crash, and there have been conspiracy theories thrown about; the cloak-and-dagger bits introduced here, will lead to a second season.

Rocket Boys is an engaging watch, a clutter-breaker amidst generic crime, horror and comedy shows on OTT platforms.  Must watch.