Seniors Have Talent Season 7, Group A 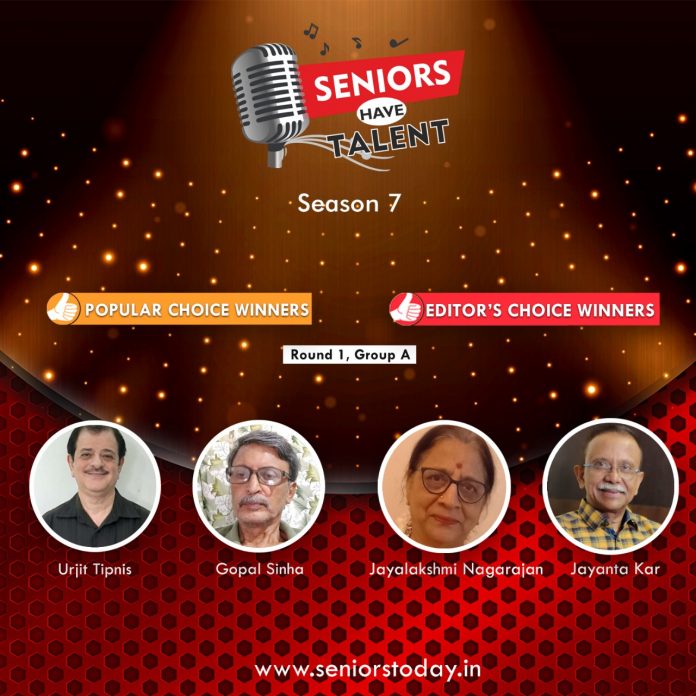 As we kick off a new season of great talent, we are excited to announce the winners of our first round.

He is very passionate about music and songs and has conducted six live stage shows. His other interests are Watching TV serials and Music shows. Spiritual reading, Cooking and selling of Diwali snacks. Wow!

He is a retired Executive Engineer. He loves music, especially old Hindi film songs and like singing. He has his own YouTube channel.

She started singing when she became a grandmother. She enjoys singing and learning different kinds of songs, like Bollywood and Bhajans.

He retired from the corporate world in Mumbai. He loves socialising, going for walks, travelling, and watching movies.