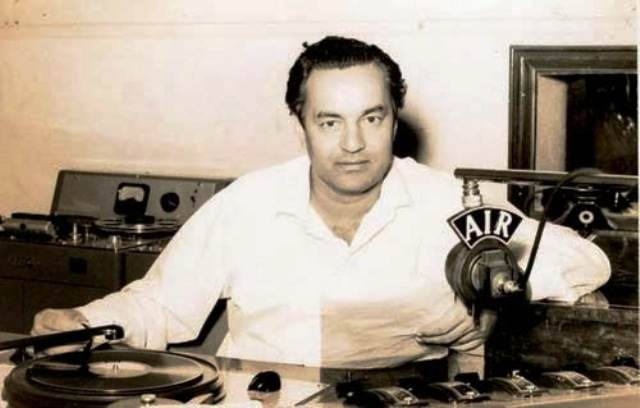 When you think of singer Mukesh, the first things that come to mind are the songs of Raj Kapoor, but there are numerous gems that did not feature the showman, writes Narendra Kusnur

When you think of singer Mukesh, the first things that come to mind are the songs of Raj Kapoor. From ‘Awara Hoon’ (Awara) and ‘Mera Joota Hai Japani’ (Shree 420) to ‘Sajan Re Jhoot Mat Bolo’ (Teesri Kasam) and ‘Jaane Kahan’ (Mera Naam Joker), the two of them worked together on numerous hits, mostly in tandem with music directors Shankar-Jaikishen.

However, Mukesh also had numerous gems that did not feature Raj Kapoor. Some songs were filmed on stars like Dilip Kumar, Rajesh Khanna and Amitabh Bachchan. On his 97th birth anniversary on July 22, we choose 10 non-RK songs. Some favourites like ‘Chandi Ki Deewaar’ (Vishwas), ‘Jis Gali Mein’ (Kati Patang) and ‘Kai Baar Yunhi’ (Chhoti Si Baat) missed the list. The choice is personal, and the order is chronological.

Though he had appeared as an actor-singer before, this was Mukesh’s first song as a playback singer. Those days, he copied his idol K.L. Saigal, but eventually overcame the habit. The song was composed by Anil Biswas, written by Aah Sitapuri and picturised on Motilal and Munawar Sultana.

By the time Yehudi was released, Mukesh was identified as the voice of Raj Kapoor. But he had some big hits with Dilip Kumar too, though many composers preferred Rafi for the thespian. ‘Yeh Mera Deewanapan’ was composed by Shankar-Jaikishen and written by Shailendra, and was another instance when they all combined to produce magic.

Another Dilip Kumar film, Madhumati, was released a week after Yehudi. This was a big hit for music director Salil Chowdhury, and lyrics were by Shailendra. Years after its release, the song continued to be played on television. The main lines were “Suhana safar aur yeh mausam haseen, hamein dar hai ham kho na jaayein kahin”.

One of the biggest hits of its time, this song revives memories of Sunil Dutt telling Nutan that it’s not ‘shor’ but ‘sor’. This was a duet with Lata Mangeshkar, composed by Laxmikant-Pyarelal and written by Bakshi. The lines ‘Jiyara re jhoome aise jaise ban ma nache mor’ gave a positive feeling.

A huge hit, this is sung even today by Mukesh fans at parties. Composed by Roshan and penned by Indeevar, the song was picturised in a bullock cart sequence featuring Sanjeev Kumar, Zahida and Mukri. The song’s peppy rhythm and marvellous back-up vocals added to its charm.

In the song, written by Indeevar, a man told a woman that his door was always open for her in case someone broke her heart. Music was by Kalyanji-Anandji, with Manoj Kumar and Saira Banu appearing on screen. The composers made excellent use of the stringed instrument rabab.

Many would rate this among Mukesh’s finest. Filmed on Rajesh Khanna, with Amitabh Bachchan appearing in the backdrop, the song was composed by Salil Chowdhury and written by Yogesh, who passed away on May 29. The tune and words stuck to you and Mukesh’s voice was at its most expressive, describing the emotions of the ailing but happy-go-lucky Anand.

Khayyam provided music in this Yash Chopra film. This hit was based on a poem earlier written by Sahir Ludhianvi. Amitabh Bachchan, Raakhee and Shashi Kapoor appeared in this classic love song, written in a nazm format. Mukesh also sang the unforgettable ‘Main Pal Do Pal’ in this film.