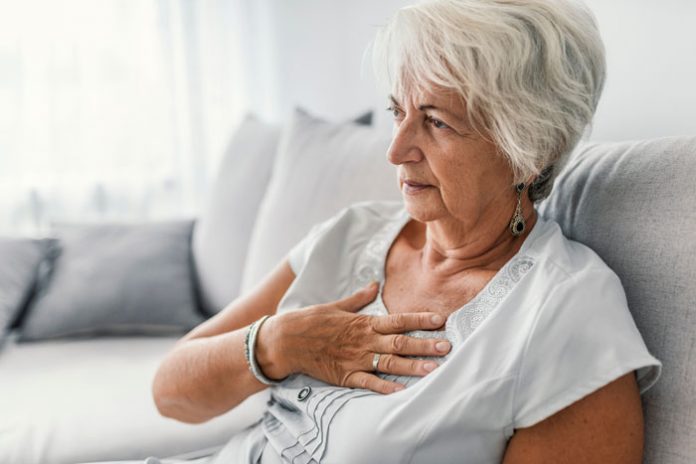 Is there a sensation of burning in your chest region after consuming spicy food? A sour or bitter taste? Commonly labeled as heartburn, it usually has absolutely nothing to do with the heart, writes Dr Nandini Saini

Heartburn is described by a sensation of acute burning or pain in the retrosternal region, often accompanied by a sour or bitter taste in the mouth. Though people use the term interchangeably with acid reflux or GERD, the three are vastly different.

Acid Reflux is a condition were the acid from the stomach travels inversely through the oesophagus (food pipe), to reach the throat. It happens because the valve separating the stomach and oesophagus (the lower oesophageal sphincter or LES) becomes weak.

GERD (gastro oesophageal reflux disease) is a chronic form of acid reflux, where an individual experiences the symptoms twice a week or more.

Heartburn is essentially a symptom of the above conditions, not a disease in itself. It can be accompanied by an odd taste in the mouth and dysphagia.

Physiologically, the laxity of the lower oesophageal sphincter causes acid to travel upwards, irritating the oesophageal lining. Factors which can contribute are:

Obesity: It’s one of the major contributing factors to heartburn, as it increases pressure on the abdomen.

Overeating: Overeating increases the pressure in the stomach, causing the acid to travel upwards.

Pregnancy: Increase in progesterone during pregnancy, causes laxity of the LES, leading to heartburn.

Hiatus hernia: A medical condition in which the stomach herniates into the chest. If severe, it can result in food and acid travelling up the oesophagus.

Smoking: Smoking can cause laxity of the LES, causing acidity. It has been observed that people who give up smoking also complain less of suffering from heartburn.

Stress and lack of sleep: They can trigger the production of excessive acid by the stomach, causing acidity. Stress can also induce brain changes that make you more sensitive to pain, thereby worsening symptoms.

Drugs: Certain drugs like anti-histamines, NSAIDS and antibiotics can lead to heartburn.

Foods: Spicy food is known to cause acidity.

There are some foods in particular which can trigger off an attack:

Spicy food: they are by far the most common reason for heartburn. They possibly cause the upper part of the stomach to relax, also relaxing the LES. They may also irritate an already inflamed oesophageal lining, worsening the existing symptoms even further.

Fatty food: Foods rich in fat, like French fries, onion rings, certain high fat dips, can trigger heartburn. They may increase the release of bile salts, which are oesophageal irritants and hormones like cholecystokinin, which can loosen the sphincter. Fatty food breaks down slowly, causing the acid in the stomach to increase and rise upwards, into the oesophagus. Research found people indulging in fatty food for long periods of time showed more signs of heartburn. Also, controlling the diet, and reducing fats for certain time, reduced the symptoms by a large margin.

Chocolate: Chocolate has ingredients like cocoa and caffeine, which relax the LES, allowing the flow of acid into the oesophagus.

Alcohol: Not only does alcohol make the LES lax, it also increases the amount of acid in the stomach. In addition, the alcohol itself acts like an irritant to the throat and upper oesophagus.

Onions: Raw onions may be good for your immunity, but they can be a nightmare for your gut. They contain a fiber called fructo oligosaccharide, which slows down the rate of digestion, causing food to stay in your stomach for longer. This relaxes the LES as well as increasing the quantity of acid in the stomach, leading to heartburn.

Caffeine: Coffee sometimes stimulates production of excessive acid, resulting in heartburn. Drinking too much coffee can also loosen the LES.

Aerated drinks: Aerated drinks have been associated with nocturnal heartburn. The bubbles in the drinks increase abdominal pressure, forcing the acid upwards. They tend to cause laxity of the spincter, too. They may also reduce the acid pH, resulting in more burning.

Tomatoes: Having a high percentage of malic as well as citric acid, tomatoes, if ingested in large quantities, can raise the quantity of acid in the stomach, forcing it up the oesophagus.

Citrus fruits and juices: By their very nature, they are high in citric acid, which leads to reduced acid pH, as well as excessive acid buildup in the stomach.

A mild case of heartburn is easy to treat at home. Some cold milk, a fruit or a mild antacid will work for you. If the symptoms are severe or very frequent, you should consult your physician for a prescription drug. You will also need to change your lifestyle, as it plays a large part in causing heartburn.

Avoid Fasting: Fasting, whether for health reasons or religious, is never good for the stomach. The gastric lining produces acid every four hours, on an average. If not neutralized or used, it starts reacting with the lining itself, causing heartburn or worse. At no point in time, should your stomach be empty for more than four hours.

Small meals at short intervals: A large meal always takes time to get digested, leading to acid buildup. Restrict yourself to small, frequent meals. Try eating or drinking some food every couple of hours, so that the acid gets neutralized.

Avoid fatty and spicy food: French fries, spices, chillies, fried food all are known to cause gastritis and heartburn. If you know that it affects you, avoid eating. Point to note, the body does require small quantities of fat…just consume the healthier ones, like fish, which have omega3 fatty acids.

Maintain healthy sleep patterns: Lack of sleep is one of the very common causes of heartburn; try to maintain fixed sleeping patterns. Adequate sleep is a basic necessity of our body.

Wear loose clothing: Loose clothing reduces the pressure on the abdomen, easing the reflux symptoms. If you suffer from acidity, avoid apparel that’s very tight around the abdomen.

Reduce alcohol intake: Reducing alcohol will reduce the acid formation in the stomach. Keep in mind that having alcohol, even in small quantities, on an empty stomach, can aggravate your symptoms. Always keep a snack close at hand.

Avoid smoking: There’s no way around it. If your acidity increases after a few puffs, you need to stop. Try chewing gum instead. It’s a healthier and a tastier alternative.

Elevate your head while sleeping: Studies have found that lying down immediately after a meal can hamper digestion. It’s also easier for the acid to trickle into the oesophagus. Elevating your upper body, however, prevents this. Keep a couple of pillows or a stack of books under the mattress before going to bed.

Sleep on left side: Anatomically, the oesophageal opening is to the right of the stomach. Sleeping on your left side elevates the opening above the acid level, preventing reflux. Contrarily, lying on the right side places the stomach above the sphincter, enabling acid flow. Studies have found that sleeping on your left can reduce symptoms of acidity by more than 70%.

Chew gum: Chewing gum stimulates the salivary glands to produce more saliva, diluting the acid. Certain chewing gums have carbonates in them, which can increase the pH of the acid, helping in neutralising it.

Early dinners: Old-fashioned as it may seem, it’s actually very healthy. It allows you to maintain a good gap between dinner and bedtime, giving your body a chance to utilize the acid in your stomach. Ideally, the interval between the day’s last meal and bedtime should be about 3 hours.

Cook the onions: It’s always better to cook the onions before you eat them, as cooking breaks down the fiber in the vegetable, making it easier for the stomach to digest it.

Limit coffee and carbonated drinks: Caffeine can act as an irritant to the stomach lining. Try to limit the coffee to a cup or two. Also, avoid having it on an empty stomach, as it could lead to acid reflux.

Have less chocolate: Though research is inconclusive, people have complained of heartburn after indulging in too much chocolate. If you are affected by it, consume in moderation. A piece of dark chocolate is fine.

Reduce the mint: Though mint is generally very soothing, the menthol can act as an irritant to the oesophageal lining. Make sure the mint you’re having has less menthol.

Tomatoes and other citrus fruits: While all citrus foods enhance the taste of a meal, you should have them in moderation if you suffer from reflux. Feel like having a pizza? Make some pesto sauce. Replace grapefruit with pineapple, it is a sweeter fruit and will not cause your stomach to act up.

Vegetables: Vegetables are generally good for health. Not only are they rich in fibre, they also have large quantities of vitamins. Their antioxidant properties help in faster recovery from reflux. You can have root vegetables like potatoes, Colocasia, sweet potatoes. Green vegetables like spinach, celery and broccoli are very good for acidity too. Ginger, in particular, soothes the stomach and reduces symptoms quickly. You can have it sliced or have a little ginger water. Herbs like fennel, parsley and aloe vera are also low in acid and good additions to your plate.

Watery foods: Foods with a high water content help in diluting the acid, increasing its pH and helping reduce its effect on the lining. Indulge in foods like watermelon, celery, cucumber etc.

Toned milk and Yoghurt: Milk and yoghurt can neutralise the stomach acid. They also coat the stomach and oesophageal lining, protecting it from the erosion. Make sure to choose the toned and low fat varieties though.

Lean meats and eggs: High in protein and low in acid, lean meats and eggs are a great choice to prevent acidity. Don’t fry them; it’s better to go for the broiled or grilled meats. Fish, too, is a good option, if pan cooked or stir fried.

Small changes in your lifestyle and carefully chosen foods will go a long way in making you comfortable and reducing that acidity that troubles you occasionally. However, if the symptoms are persistent or recurring frequently, do not hesitate to reach out for medical help.