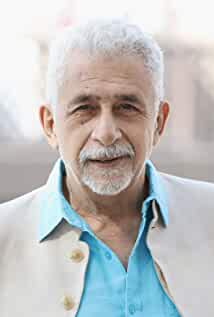 Actor Naseeruddin Shah was a major force in Hindi parallel cinema in the 1970s and 1980s, before he began opting for commercial roles too. To mark his 72nd birthday on July 20, we choose 10 songs featuring him.

This list winds up in 1989, when ‘Tirchi Topiwale’ from Tridev became a national craze. In some songs, he makes only brief appearances. The order is chronological.

Filmed on Shah and Smita Patil, this was sung by Bhupinder. Music was by Khayyam, and lyrics were by Bashar Nawaz, who wrote, “Karoge yaad toh har baat yaad aayegi, guzarte waqt ki har mauj thahar jaayegi”. The song began in a train compartment and was followed by a flashback scene.

Shah played a Hyderabad-based autorickshaw driver falling in love with a Bollywood starlet (Sanjana Kapoor). It was an exuberant street song sung by Amit Kumar. Music was by Babla Shah. Hriday Lani’s lyrics captured the protagonist’s love for his work and the movies, and went perfectly with the shots.

An out and out commercial number which might seem a misfit in this sequence, this was also one of the biggest hits associated with Shah. He was paired with Sonam in this group dance. Sung by Amit Kumar and Sapna Mukherjee, it was written by Anand Bakshi. Though it was mainly composed and arranged by Viju Shah, credits were given to Kalyanji-Anandji because of contractual obligations. Words were by Anand Bakshi. The hook ‘Oye Oye Oye O Owaa’ became a popular chant for the masses, though that part was lifted from Cuban-American singer Gloria Estefan’s ‘Rhythm Is Gonna Get You’.

In the 1990s and beyond, Shah appeared in some popular numbers including ‘Hoshwalon Ko Khabar Kya’, sung by Jagjit Singh in Sarfarosh (1999), and ‘Dil To Bachcha Hai Ji’, sung by Rahat Fateh Ali Khan in Ishqiya (2010). Then in 2014, Bappi Lahiri sang ‘Ooh La La’ for him in The Dirty Picture. That’s some variety.