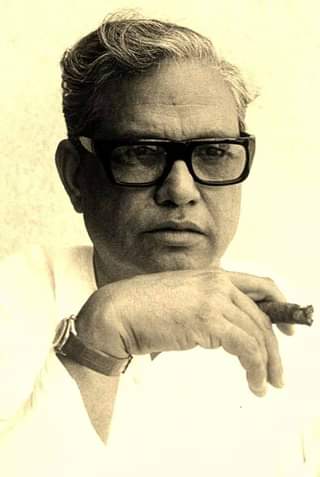 When it came to longevity, Majrooh Sultanpuri was unparalleled as a lyricist. He had his first hit in the 1946 film Shahjehan, and continued to write till he passed away in 2000. In the 1990s, he created great songs in Jo Jeeta Wohi Sikander and Khamoshi: The Musical.

Though many of us known him for his work with filmmaker Nasir Hussain, or films like Dosti (1964), Abhimaan (1973) and Qayamat Se Qayamat Tak (1988), there were also many masterpieces he wrote earlier in his career. To mark his 22nd death anniversary on May 24, we choose 10 such songs from the 1940s and 1950s. The order is chronological.

When it comes to sad songs, this one comes high on the list, with Majrooh writing, “Jab dil hi toot gaya, hum jee ke kya karenge”. Music was by Naushad, and the song was sung by and filmed on the legendary Kundan Lal Saigal. The composition was in raag Bhairavi.

This iconic song captured the mood of ‘Bambai’ with some sarcasm in place about the difficulties of living there. “Ae dil hai mushkil jeena yahan, zara hatke, zara bachke, yeh hai Bambai meri jaan”, wrote Majrooh. Music was by Nayyar, with Rafi and Geeta Dutt singing. It was filmed on Johnny Walker and Kumkum. The song is relevant even today.

While we have chosen songs up to 1959, the Majrooh magic was in full flow even ithrough the 1960s and beyond. He had his own style, and wrote for different moods. In the Nasir Hussain films Teesri Manzil, Yaadon Ki Baraat, Hum Kisise Kam Nahin and Zamane Ko Dikhana Hai, he wrote many breezy numbers for music director R.D. Burman. That could make another case study.