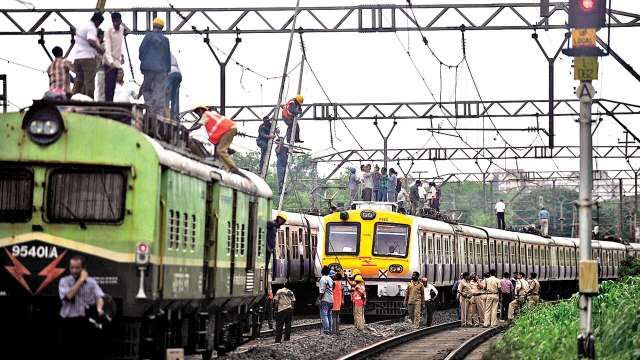 Organization structures that have departments with their own sets of goals and people create the hardened groups within the organisation. It is unavoidable in the railways where the knowledge of all branches of engineering is needed. As in the orchestra where the theme has to be internalized well, to produce a harmonious output, the different departments in such organisations need to complement each other like instruments in orchestra. That the Indian Railway is working, is the proof of its teamwork.  I being an electrical engineer was part of the electrical department. This department has many sub areas like rolling stock, traction distribution, general services etc as well as strong departmental bias. The Tesla Thomas Edison fight about AC /DC continued till nineties in railway. In this fight, the supporters of AC won and the only pocket of dc traction in Mumbai- India got converted to AC. The conversion was mainly to match the traction voltage with the rest of the country. To me DC appeared as more suitable for suburban sections. There was a prelude in ‘Vichha Mazi Puri Kara’. A general was commanding a parade of two soldiers, with swords in their hands. Dada Kondke held it correctly at the hilt but the other senior person, held it at the point. When the general noticed the difference, the senior being senior made the junior to hold the sword in the incorrect way! Something like this has happened for the decision to convert DC to AC in Mumbai!

The Chief Electrical engineer is the head of the department who is assisted by SAG officers. These SAG officers are in charge of a specific activities like rolling stock, traction distribution etc. The divisional officers posted in the division report to them. For the officers of my level, the SAG officers were important as they were the link with the chief. The promotions and the transfers were based on his feedback to chief. To avoid making mistakes, one can follow the path of do nothing, say nothing but that is never possible. There was one more thing which was never possible with my present boss and it was to make him happy. Where there are bosses, there are crazy bosses. Leaving the job was not an option, therefore the option was to stick to the guns or get demotivated when limit exceeds. Managing his tantrums was a problem. If tantrum was a crime, he would have been a criminal. But since it was not, I had to tolerate his nature.  As nature cannot be cured, it had to be endured.  He ensured that people did not enjoy a single moment. He was that dark cloud when not present, everything appeared bright. 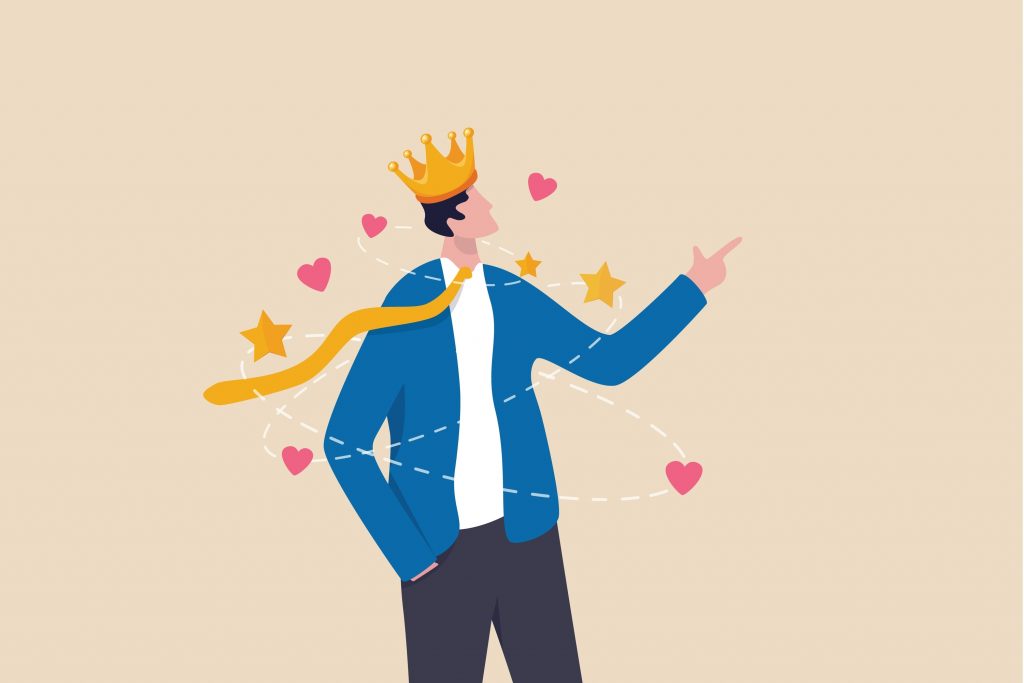 As a Sr DEE (T D), there were two levels of officers below me and two above including chief. I was perfectly in the middle. When you walk on the middle of the road you get hit on both sides, as they say.

The 1500 vdc was the main network and therefore the bread and butter for people like me. The wires are over the head hence the collective name for them is OHE, overhead equipment. If the temperature increases, the wires expand, increasing the sag and in the winter opposite happens. A cross over is provided for the change of a track. An overlap is provided to avoid joints. All these provide vulnerable locations for pantograph entanglement. Failure of a locomotive in peak hours, throws traffic out of gear for three to four hours but one pantograph entanglement affects the traffic equivalent of ten loco failures. Entanglement can be due to OHE problems or defect in pantograph. The entanglement is always a disputed area between the officers of rolling stock and OHE. To avoid the blame, people on both sides, float various theories, some blame it on British, some for the quality of material, some on wind, some think of inauspicious day. They can think of hundreds of such baseless reasons. Though such theories rarely get accepted at senior levels. The pantograph entanglement happens rarely but when it happens, the life of Sr DEE(TD) becomes hell.

It happened one day for seven successive trains when only one case is enough for putting a blame equivalent of murder. 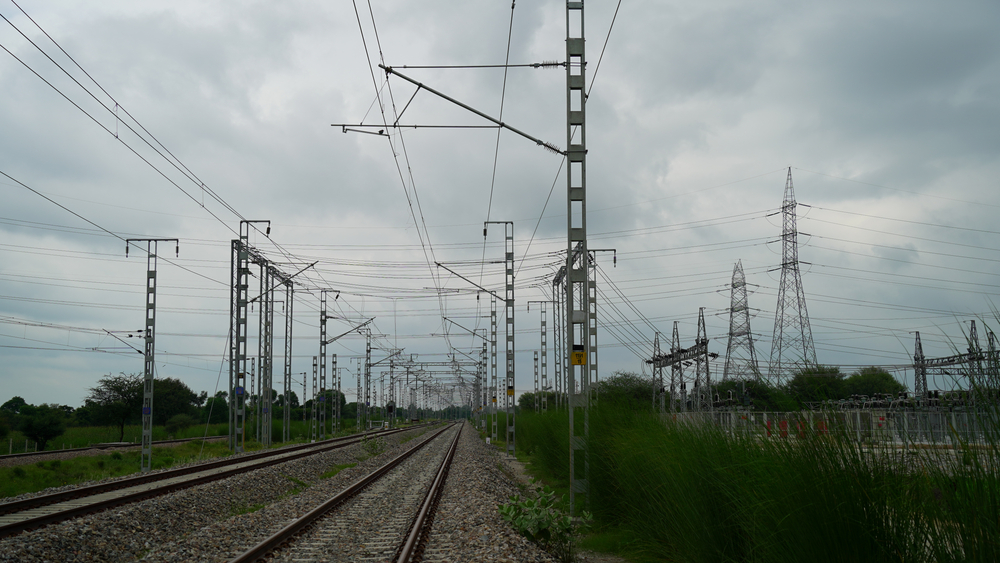 The problem started on one of the evenings near Atgaon. Pantographs after pantographs got entangled. I reached the site quickly. While the restoration of the first entanglement was in full swing, the boss started calling me on field phone. I gave a message that I was busy and would talk to him later, though I could have found time to talk to him. I had no intention of facing the fury of hell before completing the work. The work was completed, power was restored and the first train was allowed to pass. Before it negotiated the spot fully, my assistant officer spoke to the control. He conveyed that everything was ok, there was no defect in the OHE, and that the problem was with the locomotive. By then it was past midnight, I was not sure whether the boss would be still awake. The controller would have briefed him if he was in touch with the control. I therefore postponed my talk till morning.

The assistant officer was a supervisor in OHE before becoming an officer. I was new to this department, having worked in locomotive maintenance earlier. He therefore had a free hand, Carte blanche. He was able to overpower the loco supervisors by use of my name. After conveying the message to the control, assistant officer’s body language changed, his gait became that of Salman Khan in body guard. He was a good officer but for him Thomas Anthony meant “I am OK, you are not OK” for ever. He took it that whatever he hit was a target. People believed him since he was in OHE since his joining till date. The conclusion of my assistant suited me, a by-product of his happiness. 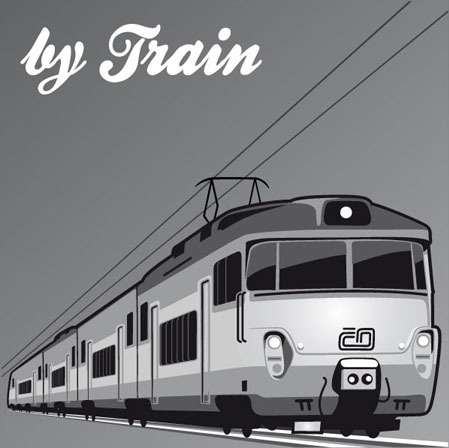 Every story has an end but here the end was through a painful course. Soon after the conversation of the assistant with the control, the pantograph of very first train after restoration got entangled. The action replay continued for seven times. The assistant was by now shaken up but his pride got converted in to false courage and he continued to say that the fault was of loco department.

While the last entanglement was taking place, a class four staff approached me quietly and told that one drop- down fitting, popularly known as namaskar fitting, just before the troubled spot, was defective. The fitting had got the name due to its shape. Class four staff is lowest level of employee in the railways. He had told this to the assistant officer but the ego did not permit the assistant to agree with the class four staff. Instead of taking the suggestion in a positive way, the staff was ridiculed. The fitting was almost in its place and as per the staff, the fitting was getting displaced during the movement of train. The displacement was very small and was not easily noticeable. It was like an error of half millimetre in a kilometre. It was rarest of the rare disease and only a great physician could diagnose it. For the assistant officer, superiority of anyone in this field was not digestible, least by the class four staff. Though I was not fully convinced with the staff, with no alternative in sight, I asked him to go ahead. He quickly climbed the ladder, reached the fitting and tightened it. He completed his job while the assistant was away at some other location. The staff did it quietly and quickly, so as to still remain in the good books of the assistant officer. What was Coup d’état for the staff, was Coup de grace for me! A train was allowed to pass and to my good luck, it passed safely. There after I watched few more trains for their passage, it was a perfect job. An ass is a part of an asset, assistant officer proved it! 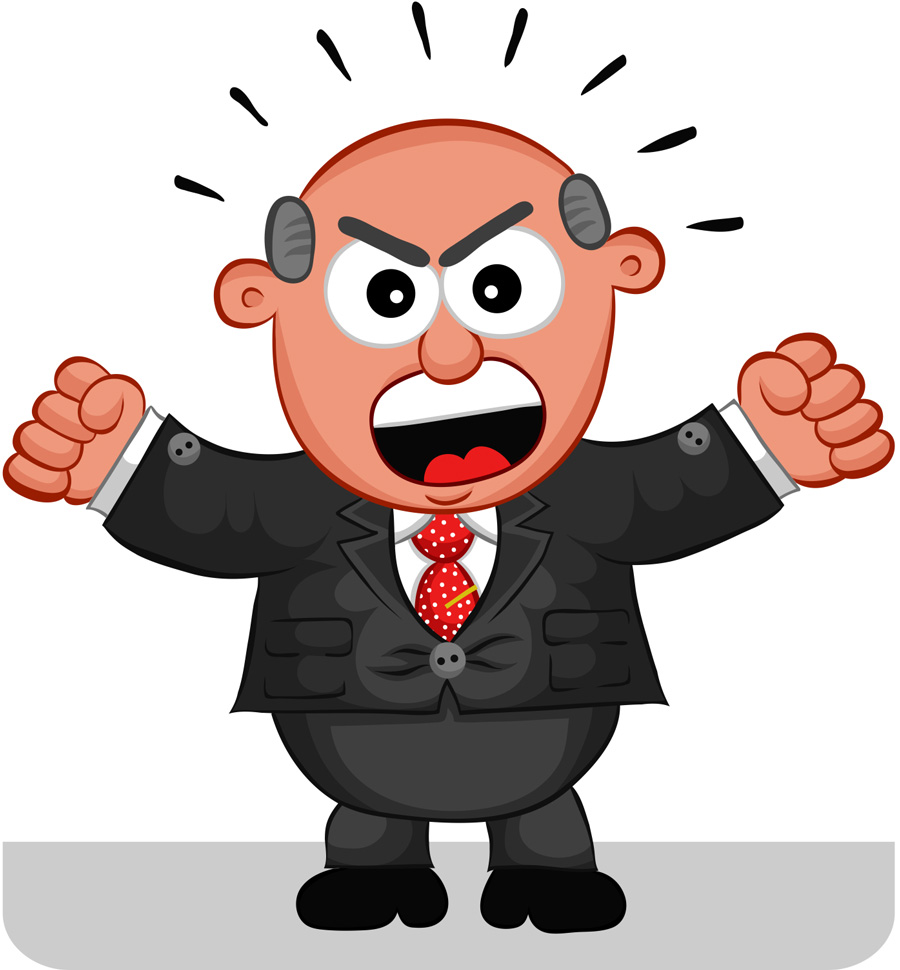 The boss reached the site next day in the morning. Availing of full sleep and breakfast was visible on his face. By then many trains had moved over the affected portion. I guessed that his shouting was due and soon became true. Insult is a powerful weapon for people like boss to appear capable. The hell broke loose on his arrival. For him the mistakes committed were many, the biggest being not attending the phone. It was like an original sin. He gave an impression as if that was the mistake which caused all these problems. He conveyed that he could have guided us from his house and prevented the extensive damage. Beliefs are wonderful if you do not care for the fact. Messages received from control during night were expected to have his approval. It appeared that the action of the assistant was concurred. His anger was directed only towards me which was puzzling. The original sin is the prerogative of young, old are exempted, I was young and the assistant was old. I tried to convey that the problem was attended but the boss remained furious. He raised his voice to say, “You have ruined the traffic whole night, now let me see it for myself “

The boss started his inspection, spitting fire continuously. He started talking about the stagger and height which were irrelevant for the present problem. The assistant had realised his mistake but admitting it openly would have ruined his reputation. He started agreeing with every sentence of the boss, “You are right sir, we should have seen it earlier sir, and we will check it up sir.” The ego massaging at its peak!

The chief gave a ring and spoke with the boss. The boss was confident, talking the wrong things, confusing the down line with up line, calling cross over in place of overlap, catenary for auxiliary catenary, false in one thing, false in everything!  He told the chief that the trains were moving and after attending the defects he noticed, the problem would vanish!

But the boss is always Right.

Suresh P Khade
Suresh P Khade, an electrical engineer, retired as a Director of Indian Railways Institute of Electrical Engineering, after working extensively on Mumbai suburban and main line services. Besides writing many articles and books on Rolling Stock and Over Head Lines, He worked as a Director (Technical) for the first metro line in Mumbai and for the first monorail in India.