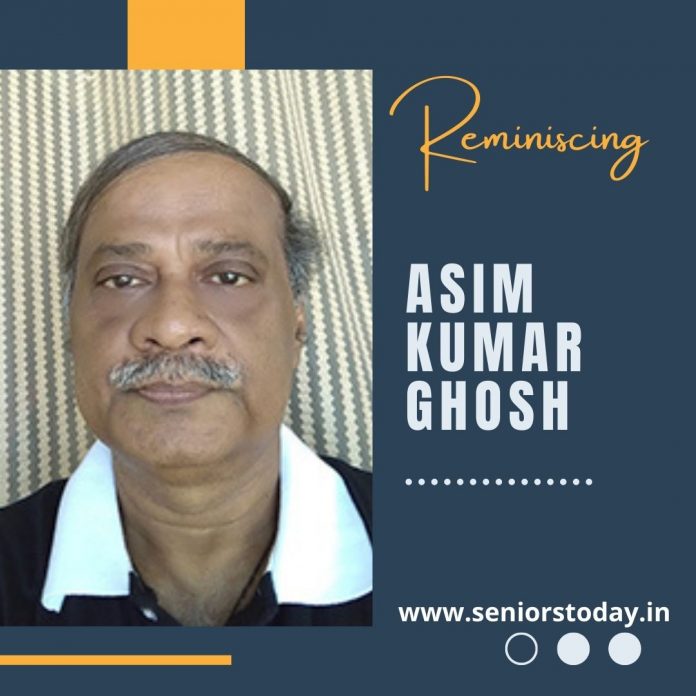 Let me start with one  very ” Positive Vibe”  – from The Country  known as  “Sun of Asia” , i.e.: Japan, considered to have the highest number of people living above 100 years of age ;- which is known as ” IKIGAI”.

The precise gist for definition of IKIGAI can be given as:-

“IKIGAI IS THE UNION POINT OF FOUR FUNDAMENTAL COMPONENTS OF LIFE: – PASSION, VOCATION, PROFESSION AND MISSION.

The emphasis are  – Passion, Vocation, Profession and Mission.

Two derivatives can also be brought out from there,

1) Where Passion and Profession converge together, – A very unique situation, nothing like that but hard reality is very very few lucky ones can afford to roam around in that territory!!!

2) When a person is  fully secured financially ( for basic necessities of life) , need not go out to make  a living ,  should remain involved in  a  vocation   that can give maximum satisfaction , without bothering about   pecuniary benefits and what ” The Great Impressions” are being created  to the people around, but with sole focus on “Expression” made out to flow  through that vocation , passion ;- not necessarily to have a mission too.

A considerable spectrum of existences comes under this second category and , naturally , I am also no exception to that.

On A Flashback Mode:-

All this started , from the year 1970, just shifted from a rented house at Howrah { near grand Howrah Station }  to our own house at Dum Dum { near Airport }, at the age of 12 years, while  in standard VIII.

Various types of songs in Hindi as well as Bangla used to be in the air.

Seventies used to be the peak scenarios from Kishore Kumar, R.D.Burman {S.D.Burman too but   on decline} as far as Hindi films music were concerned. As a parallel measure every year in “Durga Puja” sessions ,  all leading singers  used to release special numbers in “Bangla” songs, -viz:-  Kishore Kumar, Manna Dey, Hemant Mukherjee, even Lata Mangeshkar and Asha Bhosle too.

Since, in Hindi mostly it used to be Kishore Kumar only, one natural obsession on his songs for Hindi and Manna Dey as well as Hemant Mukherjee for Bangla were in the developmental stage.

Sur ( Pitch)  and Taal { Rhythm } sense, which are considered as endowment of ” Nature” ,  were inside , thus all kinds of catchy numbers used to get memorized quite fast, and used to keep a notebook to write down lyrics for most favorite songs of  Hindi as well as Bangla .

But before School Leaving Exam {H.S. of XI th std.) regular learning from somewhere was a difficult scenario from home front.

In 1974 after getting admission in the top most Engineering College {after IIT – Kharagpur} of the state; – viz: Jadavpur University, arrangements were made to learn “Music” formally.

But in Bengal, traditional music learning means {even today} mostly “Rabindra Sangeet” (Songs of Tagore) only. It starts with a few days for ”Sargam” and then  goes on from one after another as if to increase the score card , almost mechanically . Many go into the Exam.system also to get degrees.

Being a day scholar at J.U. everyday commuting on local trains used to take considerable time, therefore I didn’t like to fall on the exam system, and rather I used to practice my favourite Hindi and Bangla Light popular numbers of all reputed front line singers side by side.

After passing out from there, my first job was at Gujarat, I came back to home state within a year on   transfer but got a chance for an interview at Bhabha Atomic Research Centre to work on Nuclear Power Stations.

Got selected, joined at Bombay in1981 for one year orientation training on Overall Nuclear Technology, even though my subject remained Electrical Engineering.

After completion of training period of one year , opted   to remain posted at Bombay itself at the Design Office at  the sister concern of BARC , – which got  eventually  converted into a public limited company viz ;- “Nuclear Power Corporation Of India Limited” , was carved out in the Department Of Atomic Energy ,to pursue the exclusive job of  Generation of  Electricity at different locations in India . As a design engineer for Electrical System of Nuclear Power Plants / Projects for both new upcoming as well as existing , occasional visit to different sites and various academic institutions used to be part and parcel of professional scope of work ,but mostly could remain in Head Quarter at Bombay itself ,- which I could use fully on my side activities.

In Bombay at Anushakti Nagar – the departmental colony, I got acquainted with many who also were involved in the subject of Music, and on different types of occasions were asked to participate.

Till that time my forte used to be comparatively not much complicated numbers, but while listening to some kind of semi classical oriented numbers or performances, I used to feel some kind of handicap.

Eventually I got to know one teacher running a “Music School” at New Bombay {Vashi} on the subject of “Hindustani Classical”.

One morning I met him, – he took some fundamental tests and agreed to teach. As usual after doing the common very initial rituals, there was a jump start on “Chhota Khayal Bandish”, set Alap & Taan on Rag “Eman”, – which I felt was not required so fast.

When I asked him, why so fast, he said “You give the Exam”, I asked “What Exam”, he said “Visharad”.

I said “I don’t need all those certificates “.

But later realised that to run his school with 50-60 students, he wanted at least 4/5  very regular candidates who can do a “Rote Learning” , and he could  show some tangible results,  that from his school  how many students earned “Sangeet Visharad” degree.

Putting me in his shoes, I gave in and agreed to his proposal.

Every Saturday morning commuting  for 24 Km { to & fro } , around a total time slot of two & a half hour ,for one to one classes got “Sree Ganesh”.

Then it became really a “Hurricane” way for straight five years, – every year around 12 ragas, Chhota & Bada Khayal, Dhrupad Dhamar, – just touch & go for every raga.

In all, around 60 ragas initial materials got into my possession in five years, and of course the degree too, which I never gave any importance at all.

After completion of his target job, when I started to look for development of a particular raga, I was not getting much satisfaction there at all, which made me look for some other destination.

Thus I had to quit from there, ventured successively to two more places one after another and got benefited to some extent vis a vis what I had been looking for a long time.

In the meantime my children ;- two sons gradually one after another crossed 1st hurdle of  X th board, ;- I had to take direct load sharing for their  XII th boards , getting them into engineering colleges, keeping  my ongoing things at the back burner for quite some time.

Now both of them ,after Engineering , then  job for some time, then MBA from very good institutes , are again in their respective work life, have been  facilitating  me again to put the back burner stuff at  the front burner.

The last person with whom I was attached,   guided me  to the format of  ;- how to develop & present one raga at least for ~  35/40 minutes , on one hand and to cultivate singing on tracks of all types of light  songs from the golden era, both Hindi and Bangla, on the other hand.

Thus,  from   retirement four years ago, now I am with “Self Propelled Engine” , on one side ,- with “prospective mode”  ,-  have been taking up  one raga at a time   , taking active help from you tube, and on the other side  – on  “retrospective mode” , doing various cover songs through two Karaoke Apps, – for which I get collaboration invitations from inland as well as  Indians settled outside also ranging  from Bangladesh to even UK and US .

Through two Apps, I have more than 2200 cover songs, mostly duets, which have been getting appreciated from the very beginning.

While doing these olden day’s  cover songs , it gives a sense of pleasure on  two counts , first – It literally takes me  back on reminiscing  mode to those gone by days, and second – on thinking that my voice , capabilities of renditions for any genre { including even  present day Arijit Sing } getting reached to various homes through this marvelous technology of Apps  & Internet services , almost without  involvement of any money at all  !!!

Therefore, I always express my deep gratitude for those who invented these two technologies.

I would like to conclude with one quotation of our great Flutist ,- Pandit Hari Prasad Chaurasia, which he said in some Hindi filmy gathering , because it was seen that Amitabh Bachchan was also sitting and  listening with eyes wide open and in a jaw dropping condition !!!

“Learning as well as struggling in Life Never Stops.

At this age I am also a student and learning every day. What will we take with us while leaving this world? – Only what we learn here throughout life, nothing more!

My “Mataji” left me at the age of five and a half only, since then I have been Struggling and Learning”.

By The Way, my “Mataji” too left {rather had to leave} me at the age of three and a half, thus the same thing applies to me too.

Till today, I am a fully satisfied and contented person in all respects with my wife and two grown up sons staying at Goregaon.

My Philosophy of Life has always remained and remains:-

What all I could gather or achieve in my life here, were only meant for me, for my “Depository”, and thus what I could not; – was never meant for me at all.

WHO HAS SEEN TOMORROW?