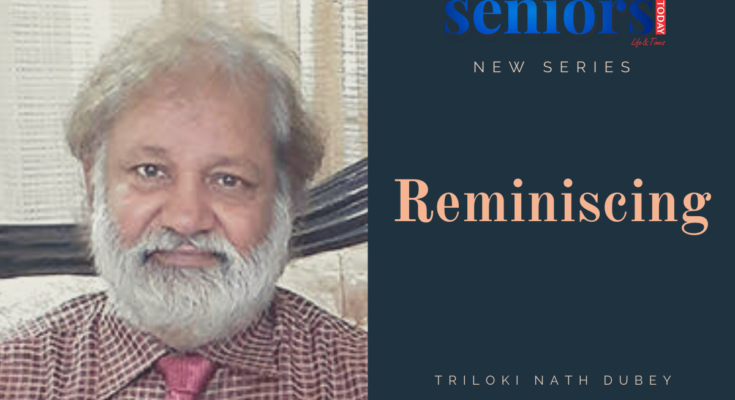 My life story is in reality a chronicle of my devotion and dedication in my professional life.

So the major part of my story in fact is about my work place and the Recognition, Love and Respect I received due to my Devotion to my work responsibilities, and intense struggle therein for achievements that I dreamt for the organization .

After completing degree in Mechanical Engineering from MANIT, Bhopal in 1974, my dream came true, when I joined Bhabha Atomic Research Centre (BARC) Mumbai in 1975, a prestigious and the Top Scientific Research organisation in India.

Then my destiny took me for my posting to one of the most beautiful places in India,  Rawatbhata, near Kota, Rajasthan in the Rajasthan Atomic Power Project (RAPP). I worked there for almost 34 years of my career. I had the privilege of working as Chief Project Engineer of the Rajasthan Atomic Power Project- unit 5&amp;6 of NPCIL and both these units were made critical and synchronized (Operational) during my tenure. One of the units, later on, went on to make the world record of longest continuous operation.

Before becoming the chief of the project I worked as chief of the Maintenance Department in the twin Atomic Power Stations and before that as an expert and head of Mechanical maintenance of a Nuclear Power Plant. I am proud of having spent my life with one of the  most advanced technologies of the world i.e. Pressurised Heavy Water Reactors for Power Generation (Canadian Design). These Nuclear Plants are a gigantic ensemble of one of the most complicated systems in the world with a huge number of complex machineries.

Here I will like to say something about the story of difficulties in development of the Indian Nuclear Power Program, because the same in turn had a huge bearing on and became part of  my life’s story too. When I had joined BARC, India was isolated from any foreign help &amp; International Cooperation for its Nuclear development after Pokhran Nuclear test of 1974. We faced the challenge of developing not only the Nuclear power technology, but also had to assist the Indian industries, which were all in nascent stage, to manufacture machineries and equipment of International standards and quality for our power projects, meeting Nuclear quality and safety norms. Country’s Nuclear Power development was a heap of enormous challenges at all levels, and being a part of that system, I spent my whole life meeting those challenges and techno-administrative difficulties in whichever, small or a larger way.

It was not just a work or duty for me, but also my sense of patriotism towards my country. I  am proud of India’s recognition in the world as having one of the most advanced Nuclear Technology.

MY VIEWS MY PHILOSOPHY

My views about the progress of any organisation starting from a Primary school to a big project /enterprises to the state or country as whole are as follows.

“The success story of organizations which have risen to great height was written largely, neither by technical knowledge of people which is tertiary, nor even by the managerial ability of its managers which is of secondary importance, but by the OWNERSHIP, dedication & loyalty of its people at all levels towards their organization.”

“So the management is nothing but deriving sincerity, discipline and hard work by creating an atmosphere for promoting people with ownership, loyalty and dedication towards organization.”

So in line with my views, I dedicated my whole life “BUILDING PEOPLE” i.e. a highly productive, disciplined, Quality conscious work force at all levels possessing ownership for their organization. I had become a workaholic. Although there are a lot of technical/techno-administrative achievements in my career, and I was called as a taskmaster in the department, my main aim was imparting training to the people for building a working culture for operating our Nuclear Power Stations.

I was a strict disciplinarian to the extent of being harsh at times on the work, but extremely empathetic off the job. My subordinates always took me as mentor and guide and hence nicknamed me as guardian Guruji. They said He is a coconut.

One of the achievements in my professional life was that I analyzed the grass root tecno- administrative problems in running Nuclear Power Stations, had suggested and also implemented their solutions. These efforts were appreciated by an International Body : WANO (World Association of Nuclear Operators).

When I am sitting and writing this story of my life, I recollect an important and a unique social achievement of mine. In 2008, I, along with my team, rescued 165 people (some of them were injured/dead) who got stuck in a gorge, in a place called Gapernath, near Kota, Rajasthan, due  to a landslide. Me and my team maneuvered a crane and lifted people out. I was awarded by the Rajasthan State Government and am still remembered by those whom I rescued.
Well, like the two sides of a coin, there is another side to my story too.

I dedicated my life to my work and duty towards my country, but did so at the cost of my personal life and family. I could not give them the time they deserved. I am a blessed man with a loving wife, who took  the whole responsibility of our house and my two lovely daughters, and never ever complained about it. It is more of her sacrifice than mine, that I had so many achievements in my professional life. All of what I have aforementioned just implies that my personal and professional life are too  intimately entwined to be imparted separately.

MUSIC HAS ALWAYS BEEN MY PASSION
When I was in college, music and sports were my passions, and like any other young blood, I too dreamt of becoming a famous singer, or a soccer player or a cricketer or a film hero !!! Being born in the family of singers and music lovers, music was my life. But little I knew that I would fall in love with my machineries and busy with my work so much that all this would take a back seat. Maintenance became my hobby. Years passed and I kept straining myself in work to the limits of fatigue. As I was growing older, there was this passion for music in me which  was reviving itself. I became head of Cultural Council and Chairman of Maharana Pratap Jayanti Samaroh at Rawatbhata. I organised many cultural programs, musical nights (more than 50), and it then became my hobby. One such program, which was near to my heart, was singing patriotic songs – ‘Ek Shaam Shaheedon Ke Naam’, which I would organise on the eve of 15th August every year. We all local artists would sing and play patriotic songs, and it became a big festival for us.

I personally am a big fan of Hindi film music from the 1950s to 1970s. I call it the ‘Golden Era’ of not only our film music but also the supreme period in the history of Indian music because it  is the extract of our Hindustani Classical Sangeet. The credit for it goes to our great music directors of that era. So to pay a tribute to those legendary music makers, I had organized a grand musical night through Melody Makers Pune at the occasion of All India Atomic Energy Cultural meet at Tarapur, Maharashtra. That was a memorable meet for our department.

After my retirement “Seniors Today” once again has given me the wherewithal to showcase  my talent as a singer and indulge in my passion for music. I am very happy to have participated in their “seniors have talent” singing competition and to be among winners of season one.

Thanks to “Seniors Today” and their team for this unique initiative and for all that, which they are continuously doing for senior citizens. Apart from music I always wanted to stay close to nature and thus I took the responsibility of creating Herbal gardens at my residential colony Anukiran, Rawatbhata, by planting about three thousand herbal trees. The sight and pleasure of seeing those trees planted by our own hands, is worth all the pain &amp; hard work. There are many many more proud moments and achievements both personal & for organization that have given me much happiness over the years.

Now once again my heart fills with true contentment and joy, when I receive calls from my colleagues and  subordinates, recalling my interaction, talks and teachings, and what I did for organization showering their love, respect and gratitude.

Wo kahte hein – “Bosses tau bahut dekhe par guardian aur Guruji tau aap hi the.” This is what counts the most in my life.

May God Bless you all. 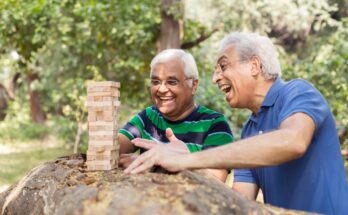 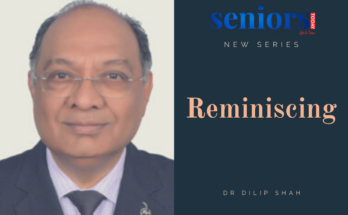 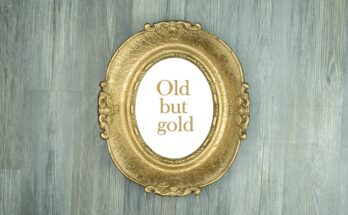