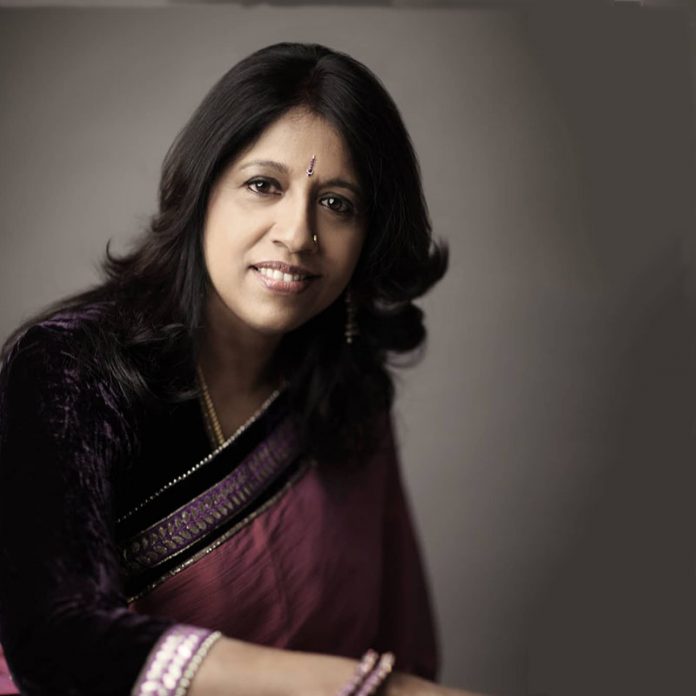 Kavita Krishnamurthy was one of the most prolific singers of the 1980s and 1990s, along with Alka Yagnik. She has had a fantastic range, from classical and happy songs to romantic ballads and patriotic numbers.

Besides her film career, Kavita has sung many songs with violinist and composer L Subramaniam, her husband. To celebrate her 64th birthday on January 25, we choose 10 of her biggest film hits. The order is chronological.

This involved a brilliant dance performance by Sridevi, choreographed marvellously in a group sequence by Saroj Khan. Kavita’s style perfectly suited the tune composed by Laxmikant-Pyarelal and written by Javed Akhtar. There was a lot of playfulness and energy in the song, and the vibrant horns added to the ambience. A highlight was the way the words ‘Hawa hawai’ were sung.

The combination of Sridevi, Saroj, Kavita and Laxmikant-Pyarelal was at work again. This time, Bakshi wrote the lyrics, and Amit Kumar joined as co-singer. Set to a dazzling dance in the rain, it had the hook “Kisi ke haath na aayegi yeh ladki”. Once again, Kavita’s singing went perfectly with the song’s comic nature.

The song featured the lesser known star pair of Aasif Sheikh and Ruchika Pandey, but the song was a huge success. The first hit of Jatin-Lalit, it was sung by Kavita and Udit Narayan. It was an outdoor scene and Majrooh Sultanpuri wrote the words, “Bin tere sanam, mar mitenge hum, aa meri zindagi, aana hi pada sajna, zaalim hai dil ki lagi”.

Kavita had two great songs in 1942: A Love Story – this solo number and the Kumar Sanu duet ‘Rim Jhim’. The music was released after composer R.D. Burman’s death. Javed Akhtar wrote the lyrics and the song was filmed on Manisha Koirala. The actress appeared with Anil Kapoor on the rain song ‘Rim Jhim”.

Music director A.R. Rahman shone on this number. While Hariharan sang the bulk of it, Kavita came in during the second half. Filmed on Arvind Swamy and Manisha, the song also had humming portions by Swarnalatha. Mehboob wrote the lyrics, which began, “Tu hi re, tu hi re, tere bina main kaise jiyoon, aaja re, aaja re, yun hi tadpa na tu mujhko”.

Kavita sang some wonderful dance numbers for Madhuri Dixit. After ‘Mera Piya Ghar Aaya’ in the 1995 film Yaarana, she had the Koyla song ‘Saanson Ki Maala’, based on a Mirabai poem and credited to lyricist Indeevar. The tune was the same as the version sung earlier by Nusrat Fateh Ali Khan, but Rajesh Roshan used fresh instrumental arrangements. Shah Rukh Khan was seen on a drum, with Amrish Puri also on screen.

Another stunning Kathak dance performance by Madhuri, it was sung exquisitely by Kavita. Shah Rukh, Jackie Shroff and Milind Gunaji also appeared on screen. It was composed, co-sung and choreographed by Kathak legend Pandit Birju Maharaj, who passed away on January 17.

Besides these, Kavita had many other hits, including chartbusters like ‘Tu Cheez Badi Hai Mast Mast’, ‘Jumma Chumma’ and ‘Nimbooda’, besides the Pukar songs ‘Kay Sera Sera’ and ‘Sunta Hai Mera Khuda’.  These numbers are sung even today.