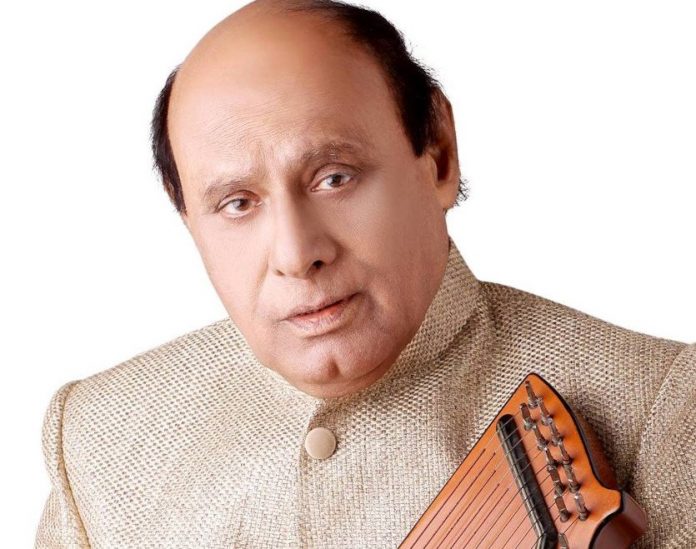 The death of singer Ustad Rajkumar Rizvi on March 6 has come as a huge loss in the world of ghazals. His speciality lay in the classical style of rendition, using raag-based compositions, and he was deeply influenced by his mentor Mehdi Hassan.

Here, we choose 10 performance recordings of Rizvi. Though the emphasis is on ghazals, there are a few songs from other genres too. Ghazal enthusiasts will find some of his other songs on streaming platforms. This list hasn’t been prepared in any particular order.

This ghazal was popular on Doordarshan in the 1980s. Written by Ahmed Wasi, it begins, “Shaakh se tootke girne ki sazaa do mujhko, ek patta hi toh hoon na hawa do mujhko”. The style again is very much reminiscent of the Mehdi Hassan textbook.

This was a recording for DD Urdu by Rizvi and his wife Indrani. It is a ‘chhoti behr ki ghazal’ with the lines “Jo hua so hua kis liye, ho gaya toh gila kis liye”. One of the shers is, “Kaam toh hai zameen par bahut, aasman pe khuda kis liye”. Short and effective.

Though his forte lay in Urdu ghazals, Rizvi also regaled audiences with bhajans at shows. This one was recorded in Kenya in 1988. The opening lines were, “Murli Manohar Radha ke Shaam, bante hain tumse sabke kaam”.

This was a thumri presented in raag Des at a concert in Skokie, Illinois. The opening line was “Umar ghumad ghir aayo re sajni badra”. The accompanists were Samir Chatterjee on tabla, Ramesh Mishra on sarangi and Vikas Phalnikar on harmonium.

Rizvi was joined by Anuradha Paudwal and Preeti Sagar in this song from the 1976 film Laila Majnu. The song’s main lines, written by Sahir Ludhianvi, were, “Laila Majnu do badan ek jaan the, jazba-e-ishq-o-wafa ki shaan the”. The film’s music was credited to Madan Mohan and Jaidev.

Besides these, one can also find Rizvi’s renditions of popular Mehdi Hassan pieces like ‘Ranjish Hi Sahi’ and ‘Go Zara Si Baat’. While his singing drew a huge number of admirers, he also was respected as a teacher.

Rizvi ran the Indian Music Institute in Mumbai with wife Indrani. His contribution will be remembered.