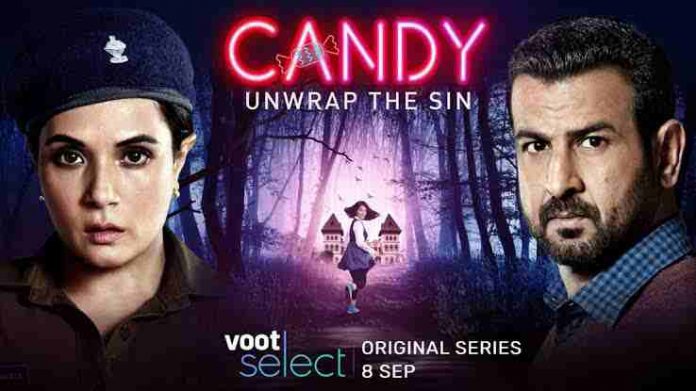 Set in a breathtaking mountain location of Rudrakund, Candy, starring Richa Chadha and Ronit Roy is a well-made thriller by Deepa Gahlot

With a glut of OTT content to choose from, the viewer often picks one with known actors or a famous director. The presence of Ronit Roy and Richa Chadha would probably be the prime attraction for audiences to click on Ashish R. Shukla’s Candy, but they are likely to stay on the eight-part thriller because of the suspense and the absolutely breathtaking Uttarakhand locations.

Set in the fictional town of Rudrakund and shot (by Faraz Alam) to show off the scenic beauty, the plot takes off from a school, where drugs in the form of candy are sold to students. The simmering violence is ignored by the headmaster (Gopal Datt Tiwari) and matters come to a head when a student Mehul (Mihir Ahuja), is found brutally murdered in the nearby forest, and the girl, Kalki (Riddhi Kumar), who was with him claims it was a monster, known in the region as Masaan, that killed the boy.

Mehul’s mentor at school, the ‘outsider’ Jayant Parekh (Ronit Roy), finds that Mehul was being bullied by a trio of students and that drugs are openly peddled on campus. He clashes with the local DSP Ratna Sankhawar (Richa Chadha), who resents his interference. Jayant carries the hangover of his daughter’s death; his wife Sonalika (Anju Alva Naik) is mentally disturbed and he is insomniac (so the actor plays him with unblinking eyes and low, gruff voice).

The drugs are manufactured by evil MLA Ranaut’s (Manu Rishi Chadha) in his sweets factory; his son Vayu (Nakul Roshan Sahdev) is addicted himself and sells the drugs at rave parties that he organizes. Ratna is in a relationship with Vayu which, for a while, colours her view of Mehul’s murder and the other crimes that follow. Jayant gives shelter to a frightened Kalki—Sonalika immediately takes to her like a surrogate daughter– and remains dogged in his pursuit of the truth.

Written by Agrim Joshi and Debojit Das Purkayastha, Candy has a script with several twists and a shocking reveal about the multiple killers. The last episode has too much verbal exposition and jumps through implausible hoops to prepare the ground for Season 2, with an unexpected antagonist already introduced.

Ronit Roy, Richa Chadha and Manu Rishi Chadha’s combined acting talent makes up for the uneven performances by the other mostly newbie actors.  For those not put off by excess violence and gore, Candy is worth a watch.