Entertainment Review: Many Hues Of Romance 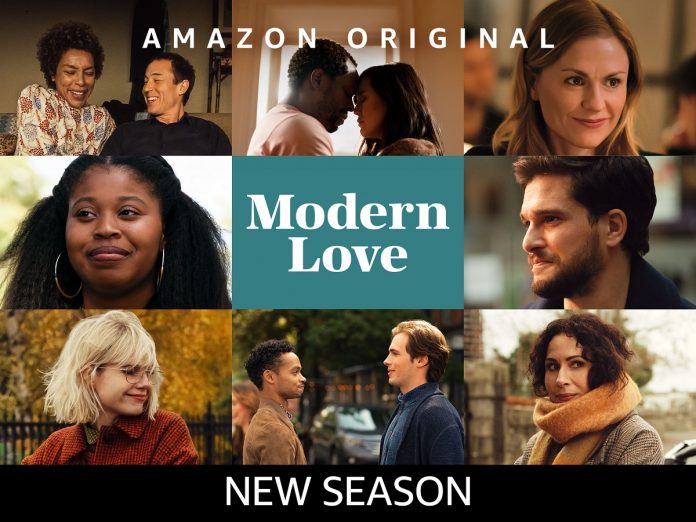 The second season of Modern Love, the heartwarming series created by John Carney, based on a long-running New York Times column, is sweet, tender and unpredictable. The eight episodes are guaranteed mood-lifters, writes Deepa Gahlot

When the mood is gloomy and the weather cloudy, either a comedy or a romance can lift the spirits.

The second season of Modern Love is a worthy follow-up to the original, and, as long as love survives in any form, the anthology series can go on, based as it is on stories contributed by real people to the column of the same name in The New York Times and turned into an OTT project by John Carney.

Like everything else, the idea of love and relationships has also evolved over the years, and the series—in print and on OTT—acknowledges that. While a few decades ago, a screen romance would follow a set format (and many still do), start with a meet-cute, end with a wedding, Modern Love does not completely break the mould but definitely reshapes it to wrap in divorces, same-sex love and the dreaded friendzone.

The eight episodes have some well-known stars and many new faces, so there is a freshness to the casting, and the characters look real and convincingly vulnerable. The stories avoid the cloying cutesy tone that screen romances so often adopt, but they are also a bit heavy on melancholy and could have done with some more humour. The only saccharine-y things are episode titles like On a Serpentine Road, With the Top Down or  A Life Plan for Two, Followed by One.

The pandemic makes an appearance in the episode Strangers On A (Dublin) Train, in which Paula (Lucy Boynton), a nerdy medievalist meets Michael (Kit Harrington) on the Galway-Dublin train when their workplaces are shut down. They are attracted to each other, but he whimsically decides to go old school and instead of exchanging numbers, they do an elbow bump and plan to meet at the same spot two weeks later. But the lockdown is extended and the lovelorn Michael has no way to contact Paula.  (In real life, he would do a net search, how many mediavalists named Paula could there be?  Which is what the actual guy did and found her on Twittter).

In a Kuch Kuch Hota Hai kind of story, titled A Life Plan for Two, Followed by One, Lil (Dominique Fishback) imagines a future with her school sweetheart Vince (Isaac Powell), but he just sees her as his best friend. Eventually, Lil sees that the best way to have Vince in her life always,is not as a lover but as a friend.

The first story in the series, On a Serpentine Road, With the Top Down is about a woman’s  (Minnie Driver) obsession with a dilapidated vintage car, because it holds memories of her dead husband (Tom Burke). Her second husband (Don Wycherley) tries to gently pry her away from it, but also understands that her prolonged grieving does not mean her love for him is any less.

The oddest of the lot is the story The Night Girl Finds A Day Boy, about Zoe (Zoe Chao), who suffers from a medical condition called the delayed sleep phase syndrome, that keeps her awake at night and asleep in the daytime. When she meets the perfect boyfriend, Jordan (Gbenga Akinnagbe), their sleep schedules eventually clash and the relationship almost breaks down.

It’s 2021, so there are two stories about same-sex love and two about second chances to complete a watchable package.  A me-too series Feels Like Ishq was attempted in India too, without a fraction of the charm or emotional power of Modern Love.