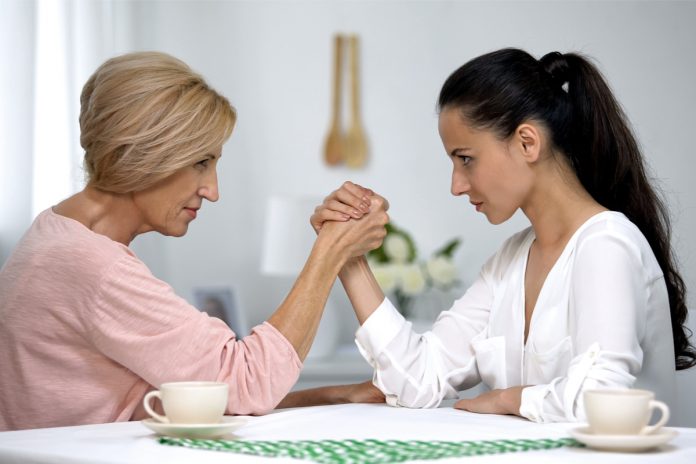 You see, MIL’s historically have borne the brunt of mother-in-law jokes, so I took it upon myself to turn the tables on DILs and SILs (sons-in-law to be addressed in a sequel), writes Minoo Shah

My DIL yelled at me.  You ask why?  To understand this narrative, it is best that I help you visualise DIL aka Daughter-in-law. DIL is a petite creature of ethereal frame, pale as a ghost and a face that cradles eyes one might describe as saucers. Now, if this column were written by Jane Austen, then the intro would be complimentary to the subject. Not that I don’t commend angelic visages but it’s just that I am more partial to the less silly foppish nonsensical ideas of beauty. Back to why DIL exercised her lungs full blast with me at the receiving end. I referred to her as an ornament. As hearsay, this would be considered nice with some of you even cocking eyebrows wondering why this descriptive word heralded a scream. Well to a degree, her vocalist endeavours may be considered justified.

You see, DIL during most of her waking moments tends to stage her presence on couches, hammocks and rocking chairs with the iPad which could very well be a body part. This would be fine if a Cezanne or M F Husain were in the vicinity instead of sinks full of dirty dishes and baskets overflowing with two weeks of laundry that even the neighbourhood skunk found appalling. As you stop still at this juncture confused and completely unable to grasp the situation – suffice it to say that I allude to a scenario in the West where a middle class household does not have the luxury of daily household help. Here, you cook, you clean, you earn a paycheck and live from weekend to weekend in squalor if you don’t do your chores on a daily basis. I fail you again as I stumble at the fork and lead you astray from the main point. Please stay the course and read the following paragraph to grasp what augured this creative spew at the expense of a tormented DIL.

You see, MIL’s historically have borne the brunt of mother-in-law jokes, so I took it upon myself to turn the tables on DILs and SILs (Son-in-laws to be addressed in a sequel). I make you party to this because many of you are at this infamous age where it behoves upon us to return the favour  and give stand-up comics some new fodder simultaneously saving their dying audience from stale material that even a fast food chain would be ashamed to serve.  As I set forth on this process, one for which my DIL did not disappoint, indulging you with instances that you are bound to endorse by thumping a fist on that withered plywood table which has loyally served generations, first as a coffee table, then Chutki’s desk and now a therapeutic medium.  In continuance;

One time DIL morphed into a martian upon seeing the apple of my eye resting his head on my lap as I lovingly stroked his receding hairline. DIL spluttered: “I have been waiting for you in the living room!” with a swooshing sound of a cat ‘o’ nine tails. Silly DIL without the experience of a much seasoned MIL who had embattled MIL senior and learned the ‘sham, daam, dand, bhed’ at the feet of chawls full of extended sasumaas. Ever so sweetly, I pulled her down beside me while propping her partner’s feet on her supple lap, taking her soft hands in mine showing her how to press his feet. Venom trickled down the bud shaped lips leaving a streak of not very becoming gray on an otherwise flawless made up face. The way I saw it, what a memorable treasured family moment, a chuckle not far behind.

Then there was the time when she foisted the perils of her loin upon me as she went out gallivanting while my son was travelling for work. Had this act not been bossed onto me, I would have magnanimously asked her to have a good time but under the circumstances, my hackles rose. I gleefully armed Motu and Chhotu with water filled balloons and we played at Cowboys and Indians into the wee dark hours before finally collapsing on my bed. But not before two of these missiles were wedged between DIL’s pillow and mattress. Much later, expletives boomeranged as the drenched Diva stormed into my room only to be shushed and waved away with a condescending whisper: “bacchhe sow rahe hein.”

I could continue to regale and arm you with cheatsheets on how to tame your DIL, however I choose to instead implore you to love your DIL as you would your own daughter and if not then at least train her so when the time comes she is able to walk in your footsteps not as a simpering fool but a foxy lady who too will show her DIL how to earn respect and love from her MIL.