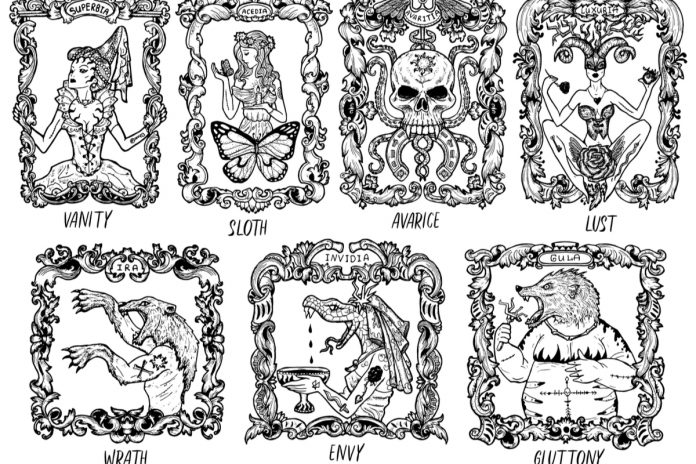 “God opposes the proud but gives grace to the humble” (not my words I only quote Peter 5:5).

Confused? So am I.  Mostly, because it is not palatable that such a blanket statement encompasses all manners of pride! Per the very wise Merriam Webster: There are two kinds of pride, both good and bad. ‘Good pride’ represents our dignity and self-respect. ‘Bad pride’ is the deadly sin of superiority that reeks of conceit and arrogance.

On the other hand, Humility, defined as a modest or low view of one’s own importance is epitomised as a virtue. Read on and decide if you would rather reign in hell or serve in heaven.

In the common class come three types of pride, dignity, superiority and arrogance. Let us look at some examples that would define the conveyance or interpretation of the same by different combinations of smile, head postures, eyebrow and eyelid positions..

Dignity: a good pride executed with flourish by the Queen of England and not so much by her granddaughter-in-law who opted to clown it on the media circus.

Superiority: here we are certainly straddling a see-saw, because fifty percent of my near and dear ones have accused me of sporting a superiority complex, with mausijis hitting their temples and lamenting that I would never find a boy who would marry me. Well, I have proven them wrong because not only did I find one but also got married and sustained my demeanor till death did us part.

Arrogance: depends on the situation. If you a dastard were invited to a duel at dawn by the black knight whom you had scorned and wisdom prevailing, you arrogantly refused to pick up the gauntlet – that would most certainly showcase good pride in the light of self-preservation.

Now that you understand that pride does not always goeth before a fall with the exception of bimbos who trip over their train on red carpets, let us move on to why Peter felt a low self-regard and sense of unworthiness was a virtue labeled humility.

Ever since I learned to sneak my mother’s lipstick and chose to adorn my lips all the way to my lower jaw, I have had a brain fog around the words  – ‘being humble’.  (Neither do I understand a certain celebrity’s obsession with ‘being human’, which in my opinion is the predicament of mankind –  but let us talk about that, Jacqueline Fernandes, Katrina Kaif et al in another column). Peter, not satisfied with 5:5, tried to drive home the point in 9:1 justifying the qualities of humbleness (as mentioned earlier) in a modest or low view of one’s importance. To ascertain that his congregation got the point, he asked for a show of hands and was stunned by its unique show of solidarity scuttling away as one force over the hill and down the dale. His shouts still echo around the globe: “Ye who do not heed – with pride comes disgrace but the humble are bequeathed with wisdom!”

You choose your poison, I have chosen mine, for ultimately I have to live with myself and my soul is relentless in its pursuit of happiness.