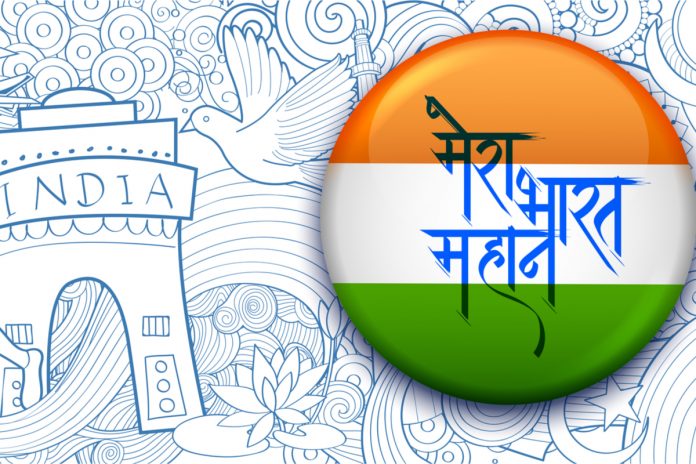 Olympian Rani Rampal, the captain of India’s national hockey team who broke through several barriers at the Tokyo Olympics, is from a village in the Kurukshetra district of Haryana. Her father works as a cart-puller and her mother as a maid.

Olympic champion Neeraj Chopra, who won India’s first individual gold medal in track and field in Tokyo with his javelin throw, is from a village in Haryana’s Panipat district. He comes from a family of farmers and is a subedar in the Indian army.

Olympian and silver medalist at Tokyo, weightlifter Saikhom Mirabai Chanu was born in Nongpok Kakching, outside Manipur’s capital of Imphal. She has been a consistent achiever in her category and also took part in the Rio Games, where unfortunately she could not win a medal.

Olympian and bronze medalist at Tokyo, boxer Lovlina Borgohain is from the Golaghat district of Assam, where her father has a small business.

These are just four examples of the amazing talent that India has in sport and none of it comes from where the money and the focus is: India’s big cities.

Two of India’s traditionally biggest cities are coastal, one sits close to the delta of a mighty river. The capital is up north in the plains. The later metros are spread around. For too long have Mumbai, Kolkata, Chennai, Delhi, Hyderabad, Bengaluru and so on been the focus of sporting infrastructure and associations. Because bar a few, these places are not where our champions come from.

Most of the stories of India’s most hopeful talent, eager to strive to achieve, come from the areas ignored and forgotten by our metros, the lawmakers within and those with the money.

There is a valid argument that it’s not just about money. That is, a lot of money is spent on identifying and nurturing talent in India. And although we usually fall into that rabbit hole of demands for more government help around this time, it is also true that there is enormous private funding that has also gone into finding and fostering sports persons.

And in this one must never ignore Indian cricket. For all that the Board for Control of Cricket in India is abused and excoriated, it is India’s most successful and wealthiest sporting enterprise. The BCCI is a private entity and fights hard to remain that way, for all that India’s politicians fight hard and dirty to remain in control of its governing body.

The BCCI, through its associate clubs and organisations, scours India for the best talent, which is honed and tested before being set loose on the world. The resounding success of MS Dhoni, successful captain, unorthodox player, inspiring leader, brought up in Ranchi, brought home to snobbish India that the nursery of Indian cricket was no longer the grounds of Shivaji Park.

From Ranchi to Kerala to Haryana, from the small towns and villages of India, Indian cricket has grown into a different identity. The IPL, for all that it is abused (although assiduously watched) has opened the doors to hundreds who otherwise would never make to those hallowed few spots of the international team. The vast network of clubs and associations that make up Indian cricket scour the countryside for the best talent. Although competition is fierce, and there are not enough slots, the effort is made to find as much skill and zeal as can be harnessed. This is a no-brainer system which can easily be replicated.

We have two big areas to explore now: the landmass of India, as the cliches run: from Kashmir and Kanyakumari, from coast to coast, from the furthest west to the furthest east! And the other, as obvious and as ignored: the women of India. Much has been made of the success of women in these Olympics and not least the Indian women’s hockey team of which Rampal is the captain. We may not have won a medal in the women’s team, but all those women represent the vast diversity of India.

From Vandana Katariya of Haridwar to Deep Grace Ekka of Bhubaneshwar and Niki Pradhan of Jharkhand, not to forget the contribution of Punjab and Haryana to Indian hockey, we already see that we need to look everywhere. Mary Kom’s success as a boxer brought India’s ignored North East into focus. It was an education for many into an area just vaguely referred to as the “North East” or “Seven Sisters”.

The contribution of the state of Odisha to the development of hockey was also unknown until the Indian women’s team blasted their way to the semifinals. But it underscores the point that when effort, time and money are spent on a goal, it can be achieved.

The next Olympics are three years away. Enough time to send out the talent scouts, to support sports infrastructure in schools, build training facilities, identify and import coaches, provide scholarships, away from India’s big cities.

After decades of big city life, I moved to a small town a few years ago. And although Dehradun is known for its schools and as a refuge for retirees, there is a population in between, clamouring, hankering for a bigger, better life. Catch them now!