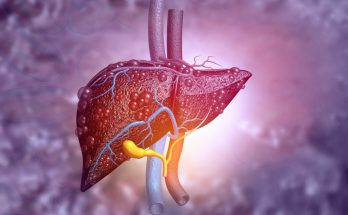 The word transplant often leaves the patient apprehensive and scared given an uncertain future. But that did not deter Dr Nandini Saini to donate her liver to her father. Both livers grew to almost their normal size within three months.

Liver disease is fast becoming a common health concern, with medical professionals warning us about the condition right from liver inflammation to cirrhosis. A well-controlled diet and adequate guidance from our doctors can help most of us fight the disease, but there are quite a few people who reach end-stage cirrhosis or hepatic cancer.

The best treatment forward, in these cases, is a timely liver transplant, which can improve the quality of life, as well as adding years to it.

The word transplant often leaves the patient apprehensive and scared, the decision-making difficult, the future uncertain. I’d like to share with you my experience, as a liver donor.

The floods of 2005 left behind a host of infections, malaria, dengue leptospirosis, to name a few. My father, himself a general practitioner, was infected by a severe form of dengue, called dengue haemorrhagic fever. During its course, he suffered from extremely low platelets, bleeding tendencies, metabolic encephalopathy, which put him in a comatose state for almost 15 days. Though he survived all of it, the episode left him with a damaged liver, the beginnings of cirrhosis.

The doctors treating him at the time gave his liver 10 years, cautioning us of an impending liver transplant.

The first signs of trouble started in 2013, when he noticed his clothes wouldn’t fit him. Investigations showed that his liver was compensated, and had led to ascites (fluid collection in the abdomen). His gastroenterologist, after thoroughly investigating him, placed him on a combination of drugs and a strict diet – only 2 grams of salt per day, only 1200 ml of liquid.

In spite of the strict regime, his health kept deteriorating, till, about a year later, he started complaining of breathing difficulty and a dry cough, which wouldn’t settle. An x-ray showed pleural effusion (fluid outside the lungs), which had to be aspirated. Unfortunately, it recurred within a couple of months, requiring repeated aspirations.

At this point, his treating physician urged us to meet a hepatologist, for further treatment.

The team of doctors there checked him and treated the immediate problem; however, we were told that the pleural effusion would just keep recurring, as the liver damage was extensive. The tests they ran showed a completely cirrhotic liver, not responding to treatment. We were advised that the best course of treatment was a liver transplant, possibly within a month.

We immediately got him registered in the national transplant list, but his MELD score (used to assess patients) was far too low; he wouldn’t get a liver in the time frame required.

The doctors then suggested a live donor, someone in the family… a close relative. Someone sharing a similar DNA profile, so that it would be a match. Sharing the same Blood group, I volunteered.

First obstacle, my father wouldn’t hear of it… he didn’t want to put me at risk. What convinced him was a long conversation with an acquaintance… a friend who had, just six months back, donated a part of his liver to his relative. It was only after talking to him, and the recipient, that he decided to give it a thought.

Second obstacle, I was in no shape to donate… the parameters for liver donation are very rigid, and I did not fit in. We were advised to ask close relatives if anyone would come forward, but really, how does one ask a relative to donate a piece of themselves??

We were fast running out of time, his health was going downhill… with no other alternative, the team of doctors , and our family, decided that we would go ahead with me donating, if I was a match. I was told to undergo a whole battery of tests, and lose weight…up to 8 kgs in three weeks… my liver had to be in prime condition.

The next two weeks were a jumble of consultations with the doctors, the dietician and the labs, as I underwent blood tests, a very long and uncomfortable MRI, and a painful liver biopsy.

I was also put on a strict diet, about 1000 calories a day. Restricted to having half a fruit twice a day, half a bowl of rice, plenty of green tea, no sugar, and, the toughest for me, no chocolates. And, of course, exercise. With no access to a gym (we were at the hospital all the time), the hospital staircase (10 floors) became my primary mode of exercise… I remember climbing them three to four times a day.

We had repeated meetings with the physicians and surgeons, explaining the finer points of the procedure— the time it would take, details like the percentage of liver resected, the recovery time.

Then, of course, is the other part… all the legal formalities. There was a lot of paperwork to be done, permissions, consent from the families of the donor and recipient, recorded on video. Our family members were on their toes, trying to, and finally succeeding, in getting all the paperwork in order.

After the grueling two weeks, we repeated an MRI to check the LAI (liver attenuation index), one of the parameters to check fatty infiltration of the liver, and it was found to be within normal limits (6).

By this time, Papa was medically critical, the pleural effusion requiring tapping almost daily. His liver function tests (bilirubin, SGOT/PT,) were all very high. A reversed Albumin: Globulin ratio meant he had oedema in the limbs too. Therefore, the transplant team and physicians decided to go ahead with the surgery immediately.

I was asked to be NBM (nil by mouth or fasting) for 12 hours pre-surgery. Though apprehensive, I managed a few hours of sleep, before the nurse came to prep me for the surgery at 4 am in the morning… it was a Sunday. I was wheeled in for surgery at about six in the morning.

I was required to take an epidural anesthesia, as well as a general.

The surgery lasted around 12 hours. They transplanted about 60 % of my liver, as was explained to us earlier. My gall bladder was also resected, as it was anatomically in the way of the incision.

I regained consciousness when they wheeled me out of the operation theatre, to see my family and close friends all there. I was told, later, that they all had been there all through the surgery.

The first night post-surgery was painful and had me asking for a painkiller almost every two hours. It became more tolerable over the next two days. I also had to undergo physiotherapy, practise breathing exercises, and try walking with a straight back, which was most difficult.

What made it all worthwhile was seeing my father, in the opposite room, getting back to his old self… able to consume food without any salt restrictions, no limit to the fluids he could take.

I got a discharge after eight days. It took almost a month to recover… walk properly, breathe without a catch, and eat more than a few mouthfuls. My father’s recovery was quicker, as they say it is always the case. But we all attended a close relative’s wedding at the end of two months post-surgery.

We had follow up appointments with the doctors every month. The livers, both of them, grew to almost their normal size within three months.

It’s now almost seven years… my father is practising just as before. And so am I.