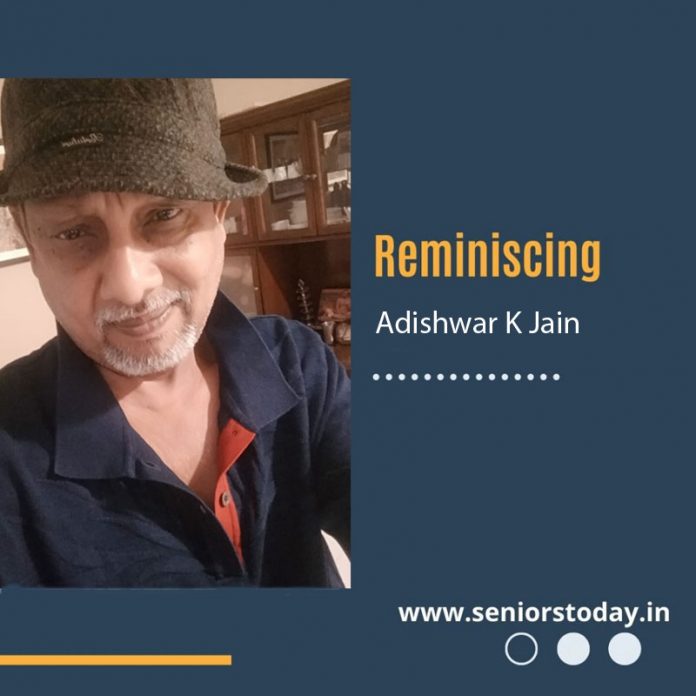 Telling lies and living with it….

It was year 1979 when I received a letter from Mr. Geraldo A.G. Gayoso Neves from the city of Rua Moura, Brazil  asking an empty Coca Cola bottle with cap from India to complete his world`s best collection  of Coca Cola bottles. Reason, coca cola co. had introduced different shape of bottle in each country and that time they had presence in 80 countries. Coca Cola co. was closed few years back in India, because of some government policies, so this was a difficult task. I somehow manage one empty bottle with cap and make a parcel to send to my dear friend at Rua Moura, Brazil.  Intention was very clear that to demand one Brazilian Harmonica (Mouthorgan) in exchange since I was just crazy for playing on Harmonica and was not having any good that time.

Meanwhile, post office demanded Rs.90/- to send this parcel of empty Coke bottle to Brazil. That time, I was a student and getting only Rs.30/- per month from my Dad as a pocket money. My family was also against for my madness of writing to friends abroad. No one helped me in sending this parcel to Geraldo. I was disappointed and kept that parcel in my drawer..  After few days, I clicked an idea….  I wrote Geraldo that your parcel have been sent and now this is your turn to send me a Brazilian make Harmonica. Within no time, post man knocked my door and handed over a parcel. I was just thrilled to see a beautiful curve shaped Brazilian made harmonica, nicely wrapped in a red box. That time I was residing of a small town Hansi (Distric Hissar) of Haryana, and within few hours this was a hot news in the entire friend circle, that one Brazilian was made fool…and I was playing on harmonica impressing girls.

In Brazil, Geraldo was disturbed, not to find my parcel of Coke bottle and was continuously writing me asking the receipt number of the parcel send. Obviously, the wrong receipt number was given at first. Next time, it was told that parcel was sent by sea mail and will take some more time and finally it was informed that the parcel might have lost in transit,

Ultimately, my dear Brazilian friend was exhausted by these excuses of mine and stopped writing. He was fully convinced that parcel have actually lost in transit.

In January 1981, I joined as a sales rep. in a textile company of Aditya Birla Group at Bhiwani on a monthly salary of just Rs.275/- per month. Sometimes, I felt guilty that I was not able to send that parcel because of the shortage of money to my dear Brazilian friend and even told repeated lies for that Brazil made Harmonica.

Soon, my first salary of life was in my hand which I had to present to my mother as per Indian culture. But GOD blessed me with a thought and I wrote a letter to Geraldo with extreme apology and disclose my act and told him that I had told a lie but my intention was not bad.  I was helpless because of the shortage of money.  Now my 1st salary is in my hand and 1st thing I wish to spend this on postage to send you that parcel which is still lying in my drawer instead of presenting this to my mother.

Soon, I was thrilled to see a letter from Geraldo. He was very happy to know about whole episode and forgive me. He also told that 6 months back, he had managed an empty Coke bottle from a person of South India and now his world`s best collection of Coke bottles have been completed. He also promised, that he will continue to be my friend and kept sending me letters / greetings many years.  I also promised, this will not be repeated in my future life and I will become a genuine person. That reply of Geraldo had given me enough relief and great confidence to say apology on mistakes. This confession was may be because of the Gandhian ideology I studied during my master`s degree of political science??

Presently, I am residing happily with my family in Navi Mumbai, retired as a Senior Vice President from a renowned textile brand of India and may be this is all with the best wishes of Geraldo on my confession.

After 42 years, once again I remember this incident and again wish to say sorry to Geraldo of Brazil, having great heart and his letter of encouragement and forgiveness just changed my way of life. I still hold that harmonica as the remembrance of Geraldo.