Strangers on a Walk

If you are an Alfred Hitchcock fan, some of you may have seen his 1951 film called ‘Strangers on a Train’, a psychological thriller about two strangers, one a tennis star and the other a psychopath, meeting in a train leading to a murder and a chilling train of events with a classic Hitchcockian denouement. It is scary enough to keep you away from strangers in your life.

Celluloid imagination and storytelling apart, each of us must have had our share of experiences meeting strangers in our routines. Some delectable, some unsavoury. Of course, in comparison with the film scripts, ours may not be as memorable, but interesting nevertheless and insightful.

Over the past year and more of movement restrictions and social distancing (which many may see as a welcome relief, but loath to admit), my morning walks and free hand workouts on the shores of Prabhadevi/ Shivaji Park beaches in Mumbai have been de rigueur. The deserted stretches distinct from the teeming sardines in the city, the calming sound of waves crashing, the school of crows and pigeons nibbling at feeds, the delectable presence of the migratory birds like egrets, gulls, herons, cormorants, the wonderful play of the sunshine and the skies, the imposing sea link and Taj Lands End, the silhouettes of the distant Versova and Madh skylines  are all a feast for the mind and soul, even as you walk through plastic and garbage which the sea throws back at the untidy us. The piece de resistance, of course, is the fortuitous meetings with strangers and the gratuitous learnings.

Going by the oohs and ahs of many of my pet-loving friends, I always thought they would themselves set out with their pets for their morning constitutional (unfortunately, not just the for the pet ‘walks’ but for the pet to ‘poop’ as well). Not so really, except for two or three pet-owners. The rest are all professional ‘dog-walkers’. I was intrigued by one, Ankit (name changed) since I see him regularly walking four dogs on most days. I chatted with him and learnt something interesting. They are a group of about 11 professional walkers in that part of the city doing the rounds at various public places with the owners’ pets. They get between Rs 6,000 to 7,000 per dog per month. Between the morning rounds and the evening rounds, he makes around Rs 30,000 to 32,000 per month which he is happy with and helps take care of his family along with the income of his working wife. 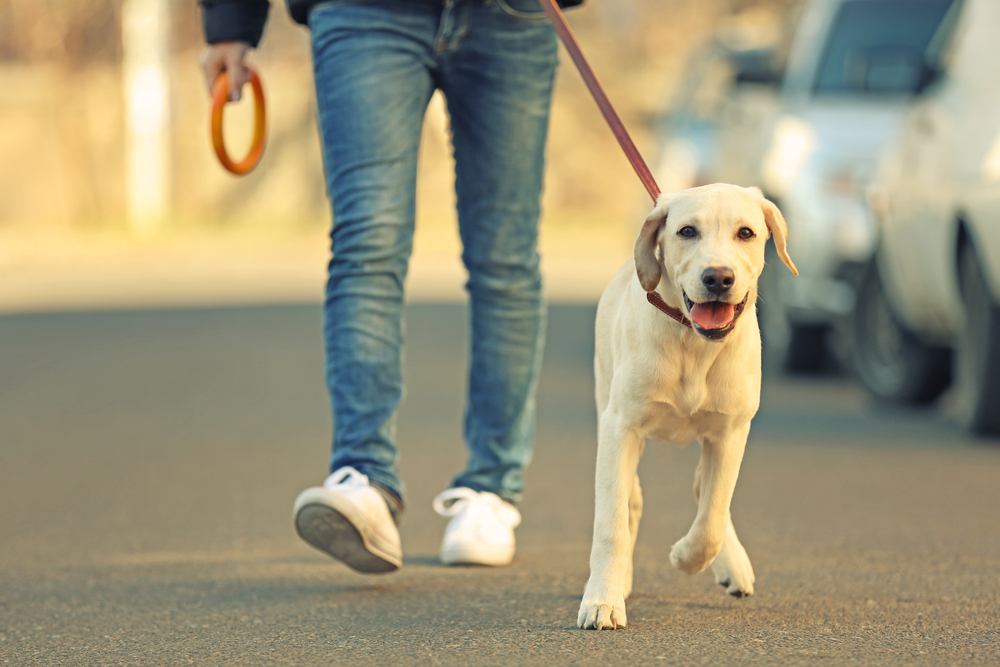 He had a good job as a factotum in IndusInd Bank, but soon got disillusioned with the demeaning treatment meted out to him by executives and that too for the meagre pay of about Rs 11,000. He just got frustrated and one fine day cocked a snook at his employer and quit. He says that it was his best decision ever and he has no regrets. Most importantly, he has preserved his self-respect and self-worth. Over the past couple of years or so, he has learnt all that is to be learnt about dogs, their behavioural patterns, their ailments, their treatments, visits to vets, etc. The owners of the pets are finding him indispensable today – the masters need the ‘walker’ to keep their pets ‘walking’ and healthy. The best part is that there is a huge comity amongst these dog-walkers and one automatically steps in for the other in case of abstentions and emergencies.

An elderly lawyer and ex-banker (I will withhold the name for confidentiality reasons ), nudging 70, based in Mumbai since the 1980s and consulting with one of the ex-big shots in the steel industry, now practically gone bust with the flagship company having been acquired under Insolvency and Bankruptcy Code/ NCLT rules, walks daily for 14 to 15 km on the same shores that I do. He walks briskly and always in his own world uttering mantras. We exchange salutations without fail and many a times get talking for long. Today was one such day. He had some lovely anecdotes to share with me. An interesting story is about how the provision to debar defaulting promoters from bidding in the revival schemes under IBC/ NCLT came about so that no one can game the system. Apparently, a couple of dodgy promoters (well-known or rather notorious for their swanky homes and paraphernalia locally and the world over) refused to settle with the banks with the confidence that the banks will be forced to settle with them with a huge write-off and then they can get back into the play and continue business as usual, after having defrauded the banks of thousands of crores.

The gentlemen in question along with his banker friend (involved with framing laws for IBC) happened to meet the then finance minister and discussed the matter. It was decided by the FM during those discussions to incorporate a rule barring such fraudulent promoters from bidding for their companies again under the IBC mechanism for settling dues/ reviving bankrupt companies. Getting to know first-hand how some important rules got enacted is not just interesting, but also vindicates how some shakers and movers in the government are prudent and make things happen.

Then there are two sisters who own a shop close by and have a lovely Pomeranian for a pet. Unfailingly, they come every day to the beach with milk and food for the many stray dogs that roam the beach front. As does another gentleman, who does not own a pet himself, but gets milk and food for the strays. Very humane and kind and worthy of emulation. Heaven-sent for the mute! 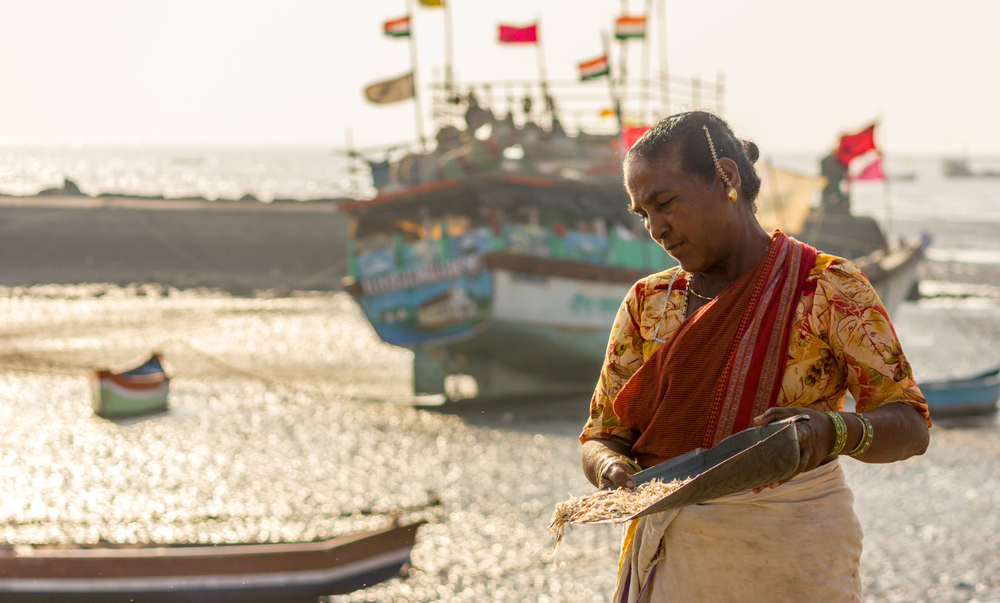 Several fisherfolk, some of whom I happen to talk to, can be seen searching for clams in the seabed during low tides and selling them to the walkers on the shores. A uniform theme is the loss of jobs and incomes given the pandemic, but determined to eke out an honourable living and feeding hungry mouths in their homes.

The walks can be a great leveller too. In the course of my walk, a person accosted me a few days ago and held forth on the ways of the word – how the world could be a better place if it were not for envy and animus in people. We all have a purpose in life and it is our responsibility to fulfil it, no matter the odds. It was clear that he is talking about his struggles and knocks in life. He had a disarming candour and positivity. Since I am a student of spirituality, I had a long conversation with him and did learn something from him. He was carrying an umbrella and a tiffin box. I could make out that he may be a daily wager; true enough he was an out-of-job security guard.

Then there is an understated but voluble couple, with whom I struck a friendship. While the husband has his own business in the high-end pharma research space and other businesses, the wife runs a wellness and counselling platform especially for senior citizens (coincidentally, geriatric care is a cause that I have been supporting for years). Before long, they invited me and my elder son (who founded a start-up) for a tete-a-tete at their lovely home, where we could meet their well-educated children as well (one of whom is a trained singer and a much-followed youtuber). Suffice it to say that the conversations enhanced the mutual respect and regard and hopefully, it will be an enduring friendship.

Everything in life is not hunky-dory. You can also have some nasty experiences. Let me recount that as well. A few months ago, on the way back from a trek to the Mauli fort in Khardi, at a halt at a tea shop before the Thane toll naka, a stranger approached us asking us for some advice on some coins that he had discovered in a construction site. As a numismatist, I have a fair interest and knowledge about coins. I offered to help him determine the authenticity and potential value. In my desire to help, and taken in by his subdued demeanour, I let down my normal guard and circumspection. To cut a long story short, before long that person rooked me of a small fortune, good enough to sustain an average family for two generations.   The few coins that he showed me at the tea shop were genuine, but not the rest of the cache. I was much poorer and much chastened, of course. Obviously, my inherent belief that 99 per cent of the people are straight and honest and that one should always help people was demolished and I am ruing it to this day. Only my belief in the karmic cycle is keeping me equanimous in the face of that significant loss.

Talking of strangers on a walk, as a rider on the train (by the way, an eponymous 1970 Hollywood film), in May 1979, on my way back from Madras (now Chennai) by Dadar Express, I had struck up a conversation with a co-traveller in the second class compartment. He was in merchant navy and coming back after an interview with Shipping Corporation of India and I was returning from an audit assignment. Many times, the first meeting strikes a mutual chord and one continues to remain in touch. I remember attending his wedding in Hoshangabad on December 2, 1984 and the return journey on December 3 in a train full of people fleeing from the Union Carbide gas leak in Bhopal, just about 75 km away. The tragedy lays firmly etched in my memory as does the train journey. It is 42 years now and we continue to be friends to date, nurtured and savoured over the years.

Keep Walking, as Johnny is wont to say. For strangers can enrich your life or teach you a lesson of a life time.