Why Do We Seek Out Dystopian Entertainment? 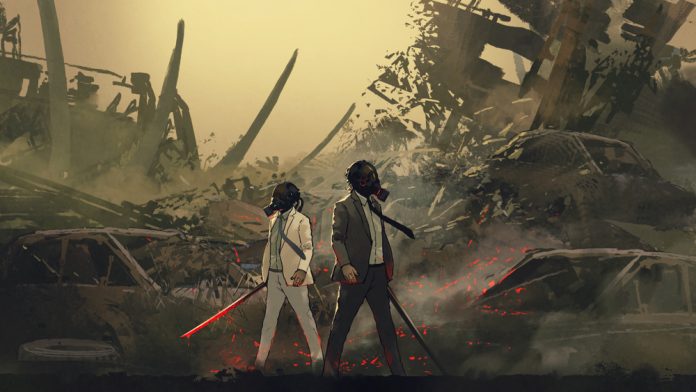 Dystopia is created from the Greek prefix “Dys” meaning bad, harsh, or wrong and the Greek root “Topos” meaning place.

Dystopia is a futuristic, imagined universe in which oppressive societal control and the illusion of a perfect society are maintained through corporate, bureaucratic, technological, moral, or totalitarian control.

Simply, a dystopia is defined as a bad place —

A place where no one would want to live.

A place in which one’s rights and freedoms would be gone.

A place where the environment looks devastated.

Have you heard of a Dystopian society?

A Dystopian society is that where —

Citizens are perceived to be under constant surveillance.

Citizens have a fear of the outside world.

Citizens live in a dehumanized state.

The natural world is banished and distrusted.

A society whose future is bereft of reason.

The four types of Dystopia are —

Now that you understand the concept of Dystopia, let’s discuss ideas and opinions on why society indulges and even enjoys Dystopian Entertainment —

Since the start of the pandemic, the news all around is nothing but grim, the death toll, the lockdown situation, the infectiousness of the virus, the multiple mutations, mankind is experiencing this for the first time after a century; there has been nothing but grimness all around. People are scared that the complete final destruction of the world as described in the biblical book of revelations will soon come to pass.

People are mentally preparing themselves for the catastrophe by watching movies, playing games, reading novels all of the genre of dystopia, apocalypse.

People want to see what they’re experiencing worked out in imaginative forms. Call it escapism from reality, but what the world is going through is surreal. Dystopian entertainment could be helping people process trauma, it allows us to think about what is really going on and grapple with questions of what life is really about.

How much of my life and my problems are even relevant in comparison to what the rest of humanity is going through?

Does everyone now need to work collectively for the good of mankind?

Do we need to protect our planet more than ourselves?

Where are the boundaries?

Has greed taken over the world?

What are we doing for our children and future generations to live in a safe, clean world?

Netflix’s latest colossal hit, the Korean show, created by Hwang Dong-Hyuk SQUID GAME — sees hard-up players, (each hoping to win a fortune) take part in a series of children’s games. The twist is that the end is dystopian- deadly – an event involving destruction and damage on a catastrophic scale.

Yet so many are wired to the show, night after night, and episode on episode.

With gripping fists and biting nails we are rooting for a super hero triumph, which may not always be the case. The unpredictable with different ways of tackling problems and working them out slightly differently each time at the end is what people are watching and that’s arguably the appeal.

Are we as humans ready to adapt differently to survive?

Margret Atwood, author of The Handmaid’s Tale, explains the idea of combining Utopia and dystopia elements, a mixture of possibility, one of which are  all completely dark, no hope, no chance of beating the system and then there’s a little bit more of hope for things to change, for the system to be challenged and even if a character doesn’t achieve any actual change or any actual effective resistance, it just allows people to think, how far will I go?

We have to believe in that potential for adaptive change and positive transformation.

Which is valuable in itself.

Then we have predictions —

A study authored in 1972 at Massachusetts Institute of Technology (MIT) predicted the collapse of civilization as soon as 2040.

Wikipedia has a page dedicated to a list of dates predicted for apocalyptic events.

Researchers are even examining factors leading to the collapse and listing countries best placed to survive global collapse.

These island countries with low temperature and rainfall variability will survive climate change and are most suited to maintaining higher levels of societal technological (farming and local energy production) and organizational complexity (low population) within their own borders to survive a collapse.

Do you fear that we are approaching the end of times?

How do you think the world would end?

Dystopian Entertainment will get you thinking on the answers to these questions.

Dystopian fiction, written in the mid-century literary world (1930-1940) has a select style.

Today’s writers of dystopian fiction and film have a different voice. This unique genre continues emerging, and writers have never stopped exploring.

A list of Dystopian movies if you up for this genre —

A FINAL NOTE — It has been proven that crying activates our parasympathetic nervous system, releasing of Oxytocin, which promotes feelings of wellbeing.

Have you felt a sense of calmness and relief after a good sobbing session?

Humans have been conditioned not to cry, watching a dystopian movie can get your tears rolling and uplift your sinking mood.

(I watch tearjerkers to release pent up sadness)

It’s the cathartic effect of crying —

It validates our internal feelings; helps process them and feel better afterwards.

It’s an outlet that digs out deep emotions, which we don’t feel comfortable showing.

It serves an evolutionary purpose.