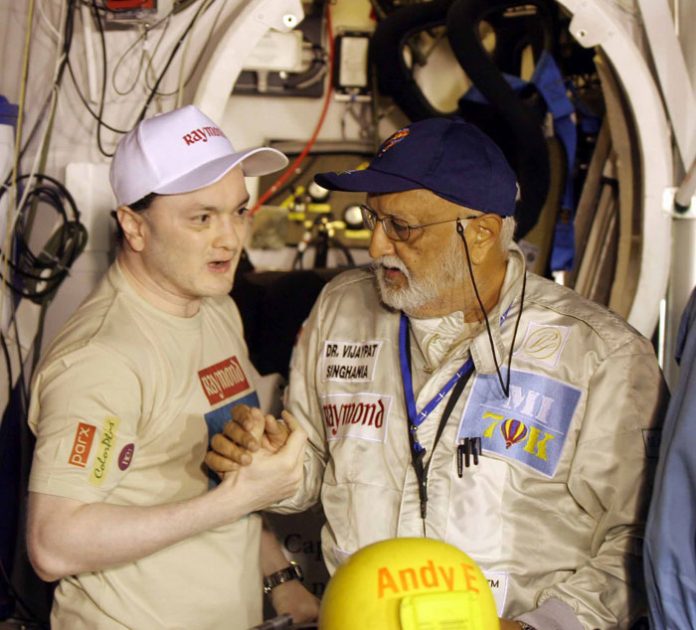 It’s a story of betrayal, an intense family drama. The principal characters are father and son. Read the review of this mega movie or a serial of many episodes which is now out in the open. By Vickram Sethi

Not a very long time ago, there was this epic story of good and evil.

About truth, lies and deceit.

Clashes in the bondless reaches of Indian courts. A family feud that dragged on and on, offering the media sensational news and an opportunity to offer critical reviews of an ongoing saga.

It offered a peek to ordinary folks into the lives of the rich and famous.

It has had all the making of an intense family drama, a serial that could run into several episodes. The dialogue – court papers, media reviews and now a book. The dialogue portrays the darker theme of betrayal. Inner conflicts are heavier. And consequences are more disastrous.

The principal characters are father and son. Let us look at the father. Vijaypat Singhania, a man who admits to cheating on his wife to performing historic deeds like flying in a balloon across the ocean or piloting a single engine aircraft from London to Mumbai.

A man of the world, amongst the leaders of the Indian business who steers one of leading textile mills into the #1 clothing brand in India.

“That fateful day was 13 February 2015. The day I made the stupidest mistake of my life. And signed a letter that would change the shape of my life forever”.

Vijaypat goes on to admit it was the most stupid decision of his life in gifting his shareholding to his son Gautam. The question is why did he do it. And there is no logical answer. The family has gone through many arbitrations, court cases that took 25 long years to settle and even after an arbitration award that gave a Juhu property to another cousin, Vijaypat refused to vacate it till the family got another court order. All roads point to empathy because everyone has a story to tell. Exacting revenge, betrayed trust. It’s a movie full of side-conflicts that amp up a sense of injury. Manipulative add emotionally engineered, the story has not ended yet. It will be endlessly long and complex if the Supreme Court does cancel Vijaypat’s gift deed under the Maintenance and Welfare of Parents and Senior Citizens Act, 2007, it will be indeed a sweet endearing victory for Vijaypat.

At the heart of this conflict is a 1999 family agreement between Vijaypat and his elder son Madhupati. Rather than face continuous humiliation at his father’s hands, Madhupati retreated to Singapore and signed a family settlement agreement that he now regrets. His children have challenged it in court. This dense declamatory family drama is not about to end very soon. The matters will go to the Supreme Court and the whole world will see the tamasha of a rich and famous family. What happens to love? Do rich parents not infuse love into their children? Nobody seems to love each other in this family drama.

People who have been watching the affairs of the Singhania family say that this is a part of Vijaypat’s karma who deprived his brother Ajaypat’s family of his share in the Raymond group after his death.

What goes around, comes around.

The family that has had so much wealth has quarrelled like jungle jackals over stolen meat and have been in and out of courts. Vijaypat laments that he is no longer the Chairman Emeritus of Raymond. He has been thrown out of his office that contained all his documents including the Padma Bhushan given by the Government of India. He has also been thrown out of his house in J K House on Warden Road and does not have access to his home in London.

His book, An Incomplete Life, is a load of crap. If at all anybody has had a complete life, it’s been him. Adventures across various continents leading businesses, womanising and if you believe society gossip: as honest or dishonest as he could be. The book is an effort to garner sympathy, but his dishonesty comes quite through. He ends his book by giving readers a lecture on being honest, truthful and righteous and a lot of holy bakwaas. Reminds me of the line: Sau chuhe khake billi Haj ko chali (सौ चूहे खाके बिल्ली हज को चली).

One can’t resist mocking in the face of his self-righteous grandeur.

Let’s look at his son Gautam. Downright mean of him to not give his father a home to live. To humiliate him in public, to renege on his commitments to other family members giving them back their homes in the reconstructed J K House. Gautam has been a horrible son any father could have had. Wants to live all by himself in a 36-storey building on a one acre plot on Warden Road.

How much is enough? How much land does a man require?

This appears to be the beginning of the end of the Raymond group. Dive deep into the company and you will discover loads of inefficiencies. The group has not been able to retain any CEO for a long time, this is because of Gautam’s reported extravagant lifestyle. Vijay Mallya is supposed to have been his mentor – friend, philosopher and guide. Mallya is supposed to have gifted him his entire liquor collection to Gautam. There is a story to this, I am told.

The real estate of the Raymond group is up for sale often you see full front-page ads stating welcome to world that is incomparable and address by Gautam Singhania.

Really? Who is Gautam Singhania? A man who disowned his father and threw him out of home! Would you like to live in a home build by someone like him? I wouldn’t. There are enough and more horror stories about Gautam but nothing beats this inhuman act of throwing his father out of his home and office.

He forgets that he is who he is because of him.

Time has a way of settling things and eventually all this evil will come back to haunt him. There’s an old Indian saying that the blessings of your parents are an armour that no arrow can pierce. And the curses are arrows that no armour can contain.

Vijaypat has set a bad example which his son followed. The moral of the story is, as Vijaypat says: “Your wealth can and should be passed on to your children, but only after your death.”