Seniors Have Talent: Season 5, Group B – The Winners 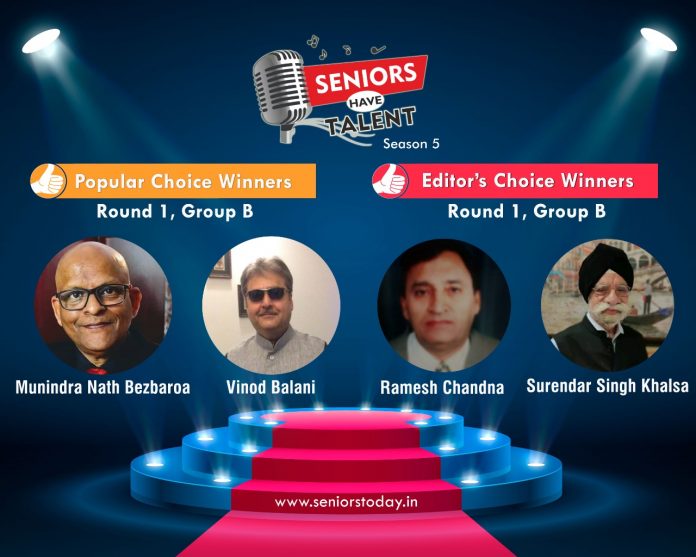 After a scintillating second round of Season 5, we are happy to announce the Popular Choice and Editor’s Choice Winners as below:

At 62, Vinod has developed a few hobbies which are his passion. They include singing and  cooking . He can prepare some mouth-watering delicacies and has proven his talent as a crooner. He also loves travelling to diverse cultures.

A former banker by profession, Muninder is a gifted musician at heart.  Music is undeniably his second skin because at 64 he can play a number of musical instruments like the guitar, keyboard, harmonium, dholak, tabla etc.

Surendarsingh retired as a Group General Manager of ONGC. He plays the harmonium but also has varied other hobbies and  interests, like  reading the religious Gurbani and watching cricket.

Rames is a businessman and at 75 he plays the dholak like a wiz! It is no surprise that music runs through his veins.

Seniors Have Talent: The winners of season 7

Seniors Have Talent: The finalists of Season 7