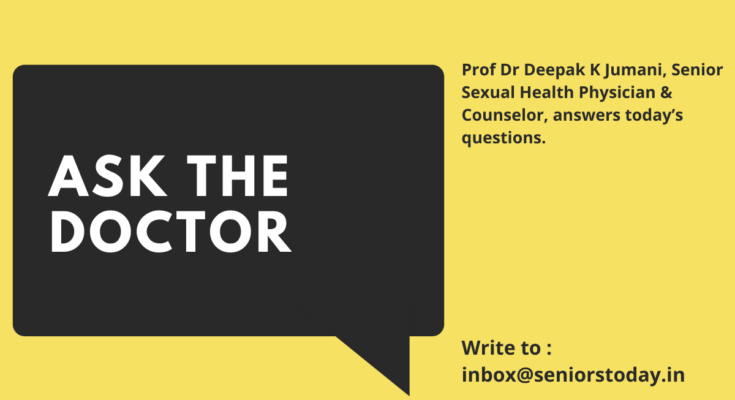 Q 1.  Doctor, I am 64 years; old and have a very philosophical question. You said sex is a normal and natural function of life. If so, why there is so much of taboo that we don’t talk about it? Is our culture or history responsible?

A.1. Sex, everyone is fascinated by it, some are obsessed by it and spend their life pursuing it, some are anxious by the very thought of it. Sex and sexuality have been a preoccupation of every culture across history. In the four decades of my practice, I find people hard to talk about it, in fact they generally come to see me about something else but soon bring it up when asked about their problems in making love. Let me explain why…

It was an ancient belief that if one had a healthy libido, he had a good overall health, but too strong a sex drive is just as much an indication of a health imbalance as a weak libido or no libido at all.  We humans are one of the few species that are able to enjoy sex for both procreation and recreation. Let’s go back into the corridors of time and dig the way different cultures viewed sex in the past and how our cultural history of repression has designed our psyche, though we live in a Sex Saturated society yet embarrassed to talk about it.

In prehistoric times, depictions of people having sex were scratched on the rocks and walls of caves, male and female genitals were carved on stones and wood. Fertility often was symbolised by the erect penis.  The Ancient Greeks, Egyptians and Romans mythology recounts tales of desire and passions, rape, incest and adultery. Aristotle, the Greek philosopher, wrote the first ever book on reproduction though controversial today as he believed that men were responsible for conception.  The Romans had a very liberal attitude to sex and celebrated it in art and literature and they believed that regular sex was necessary for them to keep them healthy. The Chinese and Japanese regarded sex as very important for human health and longevity as was depicted in their epics like The Golden Lotus, The Love of the Emperor and the Japanese Shunga, they also invented a special form of erotic exercise, a type of sexual yoga that builds up and stores energy “qi”.

One of the best depictions on aphorisms of love came from India. The Kamasutra was written in the second century AD by our own Indian nobleman Rishi Vatsayana. This epic details accounts of the art and technique of instructions for men on how best they can please their partner.

In the late nineteenth and twentieth centuries, the scientific studies of sex increased. Most importantly, Sigmund Freud devised a whole system of psychoanalysis based onsSexuality which is still referred today.  One of the theories of Freud on libido is that libido is a psycho-sexual energy present in everyone since birth. He also claimed that all psychiatric illness originated in misdirected or frustrated sexuality.  English physician Henry Havelock Ellis (1859-1933) in his book Man and Woman changed the public perceptions of women’s sexuality. He stated that women experience as much sexual desire and pleasure in the sex act as men, possibly more. He also believed that masturbation was a natural act and homosexuality should not be viewed as an illness.

Magnus Hershfield (1868-1935) also had a great impact due to his research and conducting surveys and publishing journals. His path breaking book Sexual Pathology examined the role of hormones. This was a great contribution.

Other researchers who pioneered real research in the field of Sexuality were William Masters and Virginia Johnson and Sir Alfred Kinsey.

One big change happened in 1960 which revolutionized the inhibited psyche of women. The contraceptive pill which made women totally liberated as for the first-time sex could be enjoyed without risk of pregnancy. This dramatically changed sexual behaviour as did “safer sex’ in 1980.

Since then, sex has become increasingly dominant in the media – pornography became viral. Though this has seen liberation but had huge impact on today’s sex lives of all of us. Both men and women feel they ought to be having sex as they see in the movies with bodies to match or they should be reading sex tips advertised or buy sex enhancing products which are dumped on the internet. All these issues have internalised in today’s men and women that their performance is not as good as it should be. Inadequacy is one problem, cultural prominence of sex can cause dissatisfaction in a relationship, Men and women have started to compare their sex lives with what they see. Though we love to have sex we have forgotten the ethos of intimacy which is ageless.

According to me, though advances in science and technology is a boon to humanity but discoveries of contraceptive pill, HIV/AIDS, explosion of sexual content on the internet have also harmed the most beautiful and natural sexual function of our life. I feel the west has lots to learn and unlearn. Our best hope is to look at the Indian ancient teachings of cultures, scriptures and sculptures whose attitudes towards sex has been much healthier than the world around as Sex though is a part of quality of life, It is the most important part of the quality of life. 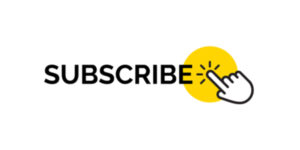 Q 2. I am a 46-year-old businessmen and have high blood pressure diagnosed six years back and am on medications prescribed by my family doctor. I do not have any other medical problem and get myself regular blood checks every six months My BP is well under control, but I do face difficulty in getting erections since I had high BP. How do I rekindle my sex life?

A 2. Hypertension (high BP) is one of the commonest causes of dysfunction of the internal lining of our blood vessels, we call in medical term’s endothelial dysfunction. Endothelium dysfunction leads to Erectile Dysfunction as we know penile erection is nothing but blood and blood flow in the penile vasculature. The issue is in every hypertensive man the diameter of the blood vessels reduces which reduces the blood flow in the penile vasculature and causes less rigid penis and erectile dysfunction. Secondly there are certain medications which are prescribed for High BP which also cause erectile dysfunction. This adds salt to the existing wounds. Having said that what are the remedies for this. First and most important is to implement lifestyle modification. You need to have a strict salt-restricted diet and avoid excess of oil in your meals. Avoid snacking with salt rich junk foods, secondly you need to make a religious promise to your own self to walk for at least 25-30 minutes every day at least 5 times a week to improve your blood circulation all over. Thirdly check what medicines are you taking. Consult your doctor about the same. If you are on beta blocker type of antihypertensive drugs, change the same and if it’s necessary to take beta blockers take a drug called Nebivolol which does not affect the sexual functions. If you are taking diuretics, change it or if not take a drug called indapamide which is again having less sexual dysfunctions.  The best medication for High BP is angiotensin receptor blockers of any type which your doctor can very well prescribe to you.

My advice to you is that if you follow lifestyle modifications with diet, exercise, and avoiding all sort of stresses, substance of abuse like smoking, etc. and get yourself checked up or periodically, you may have to reduce your medicines for hypertension or may not need it

We invite you to write into us with any query that you may need to be answered by Dr Deepak K Jumani. Write to inbox@ec2-3-108-134-250.ap-south-1.compute.amazonaws.com