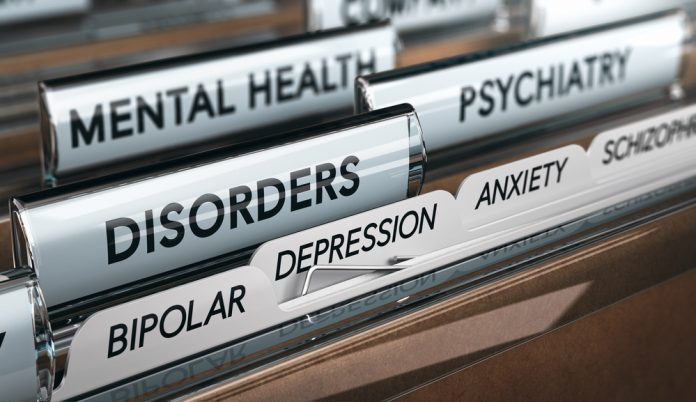 It is common to hear people use stigmatising, discriminatory and hurtful labels such as “psycho”, “schizo” or “totally bipolar”. Others might minimise conditions by saying they too are “a bit OCD” because they value structure and organisation.

This kind of everyday use of pseudo-clinical terms can be upsetting for young people who are struggling with these conditions. Worse still, it can stop them seeking care.

Clinical terms can have the same effect. For our recent research, we worked with young patients, carers and clinicians to develop new mental health vocabulary that carries less stigma, but remains accurate.

Labels can provide concise and understandable descriptions of clinical and theoretical ideas. Diagnoses enable patients and health professionals to follow evidence-based advice for effective care, because best practice guidelines are available for all labelled medical conditions.

In other words, naming a condition is the first step towards identifying the best treatment available. Labels can also help create communities of individuals who share a similar clinical description, and reassure individuals they are not alone.

On the other hand, labels can result in stigma and discrimination, poor engagement with services, increased anxiety and suicidal thoughts, and poorer mental health.

The process of posing a diagnosis, may treat an individual’s strengths or their vulnerabilities as abnormalities and pathologise them.

For example, a young person’s vivid imagination and artistic drive – strengths that allow them to produce wonderful artwork – might be recast as a sign of illness. Or their experience of growing up in poverty and disadvantage, could be seen as the cause of their mental illness, rather than environmental factors that may have merely contributed to it.

As such, clinicians should seek to understand a person’s difficulties through a holistic, humanistic and psychological perspective, prior to giving them a label.

In the past decade, there have been efforts to improve naming of psychiatric disorders. Attempts to update psychiatric terms and make them more culturally appropriate and less stigmatising have resulted in renaming schizophrenia in several countries.

Proposed terms such as Si Jue Shi Tiao (thought and perceptual dysregulation) in Hong Kong, and Johyenonbyung (attunement disorder) in South Korea, have been suggested as alternatives that carry less stigma and allow a more positive view of psychiatry.

These new terms, however, were generated by experts in the field. Consumers and clients within the mental health system have rarely been consulted, until now.

Thoughts from those ‘at risk’

Currently, “ultra-high risk (for psychosis)”, “at-risk mental state” and “attenuated psychosis syndrome” are used to describe young people at elevated risk of developing psychosis. But these labels can be stigmatising and damaging for the young people who receive them.

At Orygen, new, less stigmatising ways to describe the “risk for psychosis” concept were co-developed with young people with lived experience of mental ill-health.

During focus groups, former patients were asked how they would like their experiences to be termed if they were believed to be at risk for developing a mental illness.

The terms were then presented to three groups: 46 young people identified as being at risk for psychosis and currently receiving care; 24 of their caregivers; and 52 clinicians caring for young people.

Most thought these new terms were less stigmatising than the current ones. The new terms were still judged as informative and illustrative of young people’s experiences.

Patients also told us they wanted terms like these to be fully disclosed and raised early in their care. This revealed a desire of transparency when dealing with mental ill-health and clinicians.

Labels can, and should, be revisited when stigma becomes associated with them.

Co-designing new diagnostic labels with patients, their carers and clinicians is empowering for all involved. Several similar projects are underway in Italy and Japan to include a cultural perspective in renaming terms related to young people at risk of developing serious mental ill health.

We hope to integrate and use more terms generated by young people in mainstream early intervention psychiatric services. We hope this will have a meaningful impact on young people’s mental health by allowing better access to care and less stigmatisation.

If this article has raised issues for you, or if you’re concerned about someone you know, call Lifeline on 13 11 14.