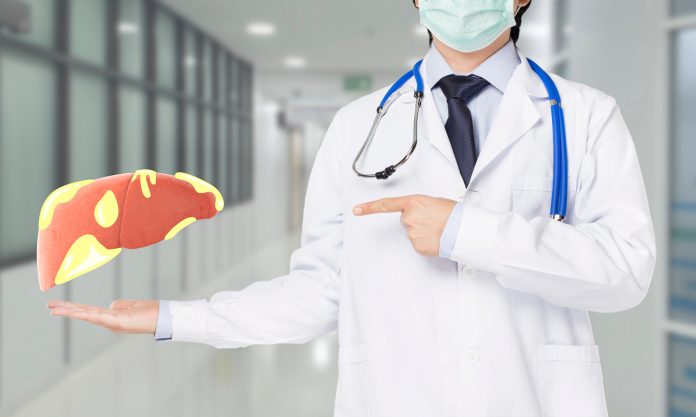 Recently, a senior citizen of around 70 years came for a medical consultation. The gentleman was diabetic but otherwise seemed fit. Upon clinical examination and prescribed tests, he was diagnosed with both liver cirrhosis and a liver tumour. Upon hearing his medical diagnosis, the patient was in a state of shock. Enquiries during the ensuing clinical interactions revealed that the patient had been suffering from fatty liver disease (FLD) for many years but had been informed by his general practitioner not to worry about FLD. Ignorance and negligence thus contributed to the seriousness of FLD manifesting in its present criticality.

India is celebrating Amrit Mahotsav of its independence and is on the cusp of both progress and development. We aim to be a developed nation soon and no doubt we will reap the benefits of development and prosperity. However, all progress, development and prosperity is at risk if the citizens do not wake up to the health-care dangers that lurk in this upward journey.  Rising incomes and societal changes come with their own health challenges – consumption of fast food, unhealthy habits, sedentary lifestyle, and alcohol consumption. These lifestyle changes may lead one to obesity, diabetes, hypertension, high cholesterol, liver disease, mental health issues and more. All of these are on the rise; some are detected and addressed, but the majority of them go unreported.

With this background, let me now address the human body’s critical organ: the liver.

The liver is the second largest organ of the human body after the brain. It performs more than five hundred complex functions daily. The liver plays a key role in the body’s metabolism, detoxification, and protection against disease. It is known to possess an amazing ability to regenerate in a short span.

Liver health is therefore important for everyone, of all ages, but more so in the elderly. The liver is responsible for many vital functions, such as filtering toxins from the blood, producing bile to help digest fats, storing vitamins and minerals. As we age, the liver becomes less efficient at performing these functions which can lead to a build-up of toxins in the blood causing a variety of health problems. 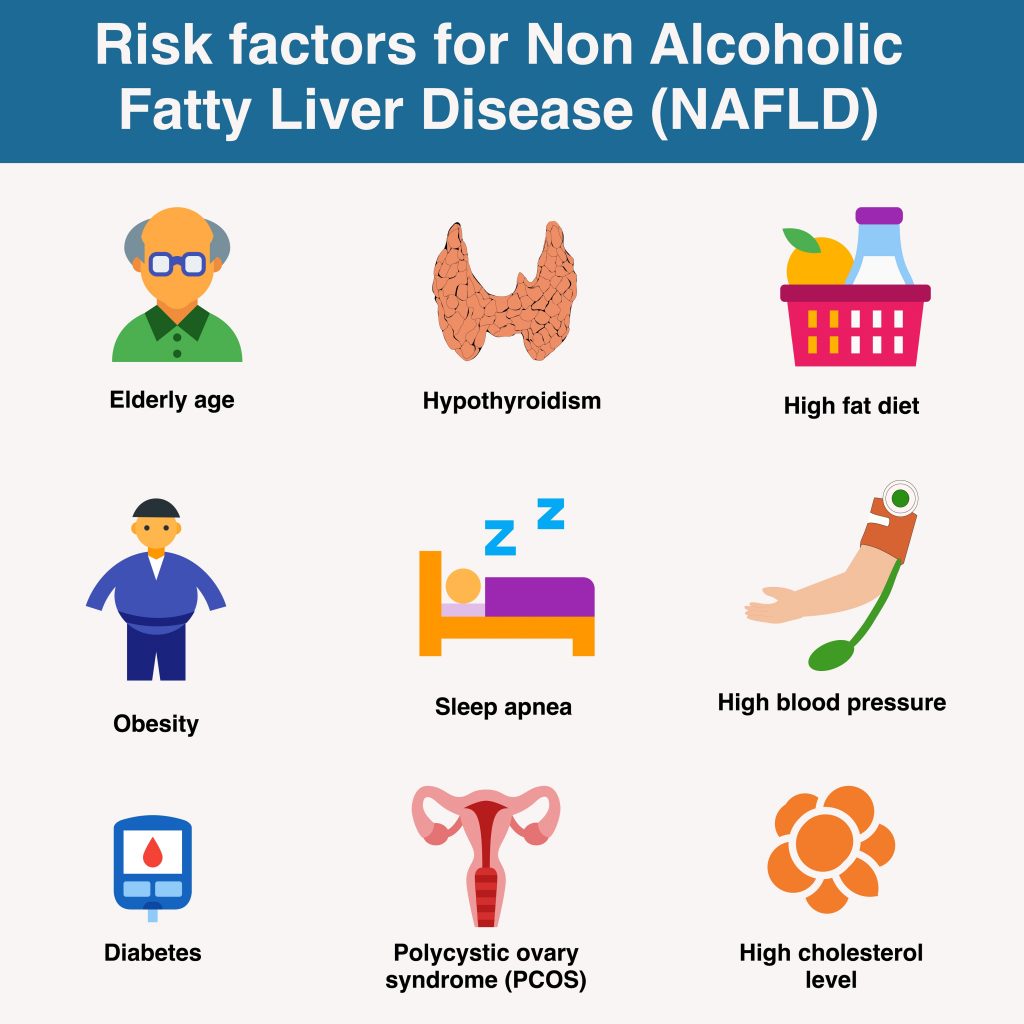 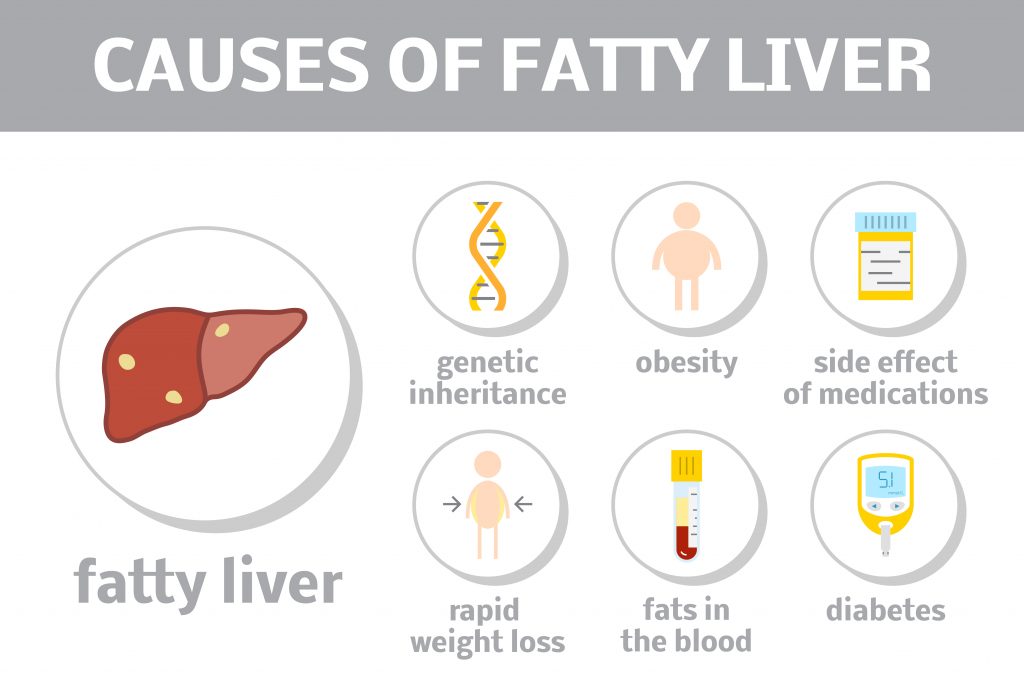 Aberrant lifestyles have pushed the liver of millions of individuals to their limit, leading to a silent smouldering epidemic of lifestyle liver disease known as the fatty liver disease. It is believed that one-third of the world’s population suffers from some form of fatty liver disease. A study done in Kerala, India, reported a prevalence of 49% and a staggering 60% prevalence among obese school going children. On a country basis, fatty liver disease is scaling up and has percolated into all socio-economic strata. But it’s also a myth to cast fatty liver disease as a modern world disease. The Charakasamhita, the traditional Indian medical text written in the second century BC documented metabolic imbalance quite explicitly.

The good news is that fatty liver is a preventable condition. Losing weight, eating a healthy diet, and exercising regularly can all help to prevent fatty liver. In some cases, medications may also be necessary.

The prevalence of drug-induced liver injury (DILI) in India is not well known. A recent study found that DILI was the third most common cause of liver injury in a tertiary care hospital in North India. One of the most common causes of DILI in this study were paracetamol (acetaminophen). As recently as 2019, Giloy has been promoted to the public in India as an immune booster to prevent novel coronavirus. Recently, although in small number, it has been reported that Giloy use can manifest in the development of herb-induced liver injury (HILI) with autoimmune features in some patients. DILI can be caused by a wide variety of drugs, both prescription and over-the-counter. The most common symptoms of DILI are fatigue, nausea, and abdominal pain. DILI can often be difficult to diagnose, as it may mimic other liver disorders.

If you suspect that you or a loved one has DILI, it is important to see a hepatologist (liver specialist) for proper diagnosis and treatment. There is no specific treatment for DILI. The best way to prevent DILI is to be aware of the signs and symptoms and to avoid taking multiple medications. If you must take multiple medications, be sure to tell your doctor or pharmacist about all of the medications you are taking. 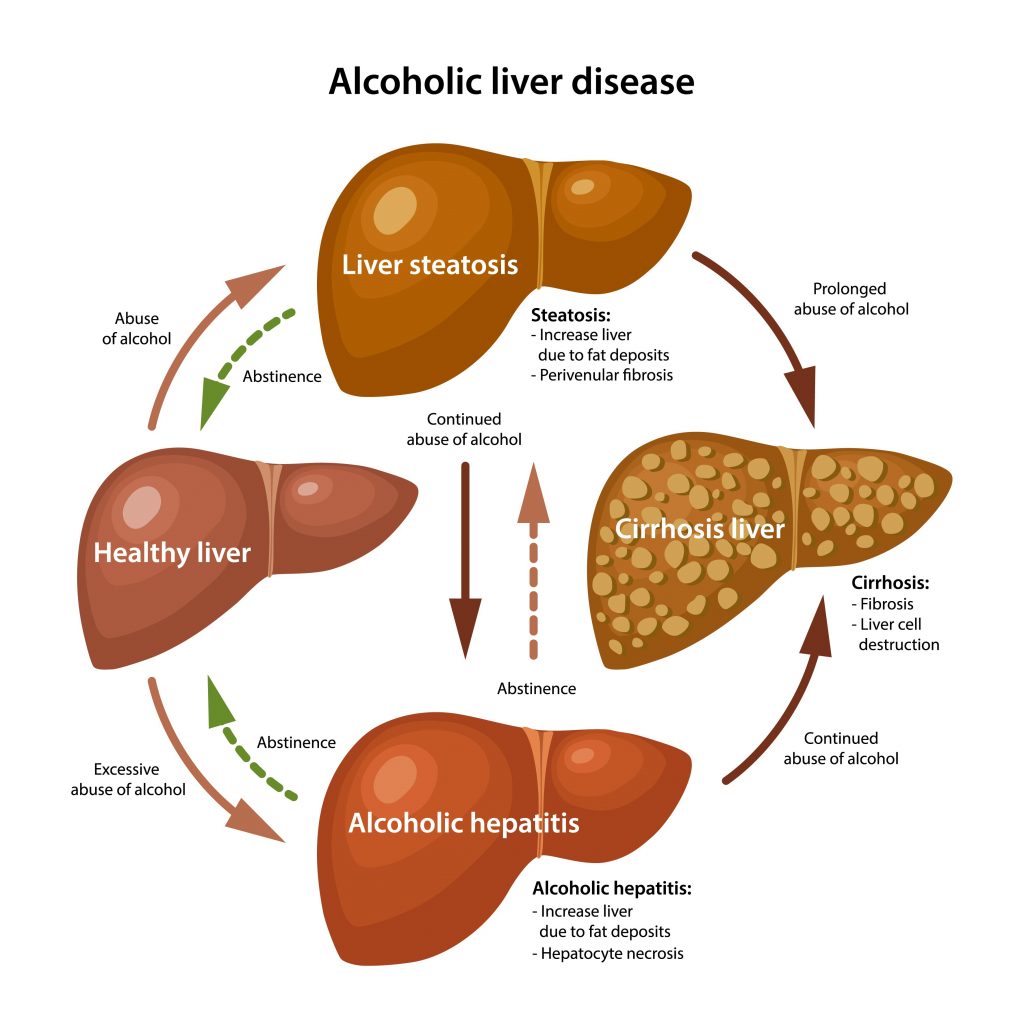 Alcohol consumption is one of the commonest causes of cirrhosis after fatty liver disease. Almost 20% of all liver disease patients (irrespective of etiology) are current alcohol consumers. Thus, alcohol amounts for a significant part of the liver disease burden across the world. Further, a significant proportion of liver-related mortality of unknown etiology may well be attributable to alcohol as patients may withhold their history of alcohol use because of various socio-cultural and insurance-related issues.

Concomitant significant alcohol intake may be present in well over 50% of patients with other liver diseases including Hepatitis C and NAFLD. It is speculated that the burden of Alcohol Liver Disease (ALD)-related mortality is under-estimated by almost two-fold because of these various factors. One also needs highlight the fact that while there are partially evidence-based limits for “unsafe” daily or weekly alcohol consumption, there is little evidence behind any proscribed “safe” limit.

The apparent health benefits of small quantities of alcohol has been much touted in the medical and non-medical literature. But strong evidence to the contrary has emerged from the Global Burden of Diseases, Injuries, and Risk Factors Study (GBD). There are no safe limits for alcohol as the estimated beneficial effects on cardiac disease strongly off-set other health hazards particularly cancer. This notion of “no safe limit of alcohol consumption” has been highlighted in a recent UK guideline. The evidence-based advice in clinics should thus be “complete abstinence” although this may not be acceptable or feasible for patients due to socio-cultural reasons.

As population ages, the number of people with liver problems also surges. As we age, our bodies change in many ways. One of those changes is that our liver functions start to decline. This can lead to a number of problems, including an increased risk for liver disease.

There are many different types of liver problems, ranging from mild to severe. Common liver problems among the elderly include fatty liver disease, hepatitis, and cirrhosis. Hepatitis is an inflammation of the liver that can be caused by a viral infection, alcohol abuse, or other factors. Cirrhosis is a late stage of liver disease characterized by scarring and poor liver function. Cirrhosis is a chronic liver disease that can lead to liver failure. There is no cure for cirrhosis, but early diagnosis and treatment can improve the outcome.

You Are Responsible for Your Liver’s Health

While many liver problems can be effectively managed with medication and lifestyle changes, some can lead to serious complications and even death. It is important for people who are at risk for liver problems to be aware of the signs and symptoms, and to seek medical help as soon as possible. If you are an elderly person with liver problems or are caring for someone who is, there are some things you can do to help manage the condition and improve your quality of life.

First, avoid excessive alcohol consumption. Alcohol can damage the liver and lead to serious problems. If you do drink alcohol, stop it completely. Second, eat a healthy diet. A healthy diet includes plenty of fruits, vegetables, and whole grains. Avoid processed foods and foods high in fat and sugar. Third, exercise regularly. Exercise helps to keep your body healthy in many ways, including improving liver function. Fourth, get regular medical check-ups. This will help your doctor catch any problems early and treat them before they become serious. Avoid over-the-counter medications and don’t self-medicate. If you take care of yourself, you can help keep your liver healthy as you age. Manage stress. Vaccinations can help to protect against hepatitis and other diseases that can damage the liver. By following these simple tips, you can help to keep your liver healthy and support its vital role in your health.

Ingrain a healthy lifestyle. You are your best health supervisor. At the least make sure you get timely intervention. Like the 70 year old patient from the beginning of this article. With treatment, he is now cured of the liver tumor and is listed for a transplant.