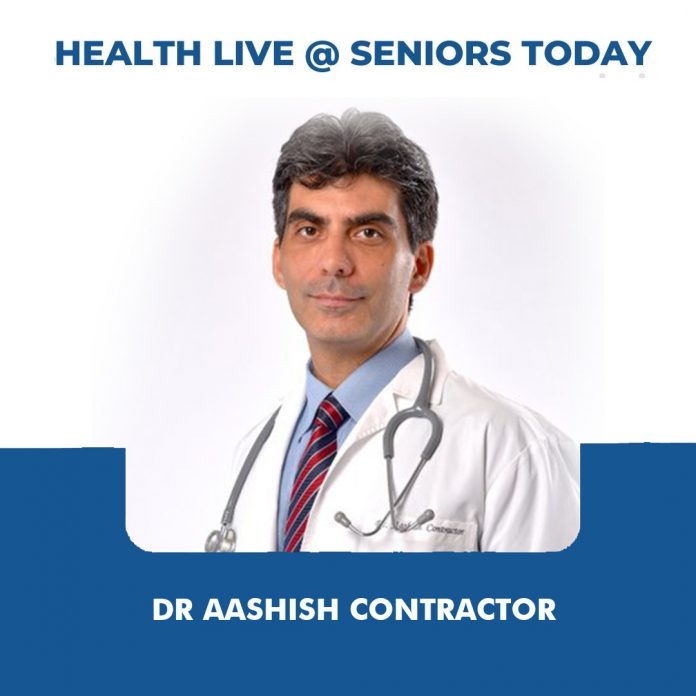 Dr Aashish Contractor is the Director of the Department of Rehab Medicine and Sports Medicine at the Sir H N Reliance Foundation Hospital in Mumbai, India. He has been with the hospital since inception and set up the department. He completed his medical education from the TN Medical College, Nair Hospital, Mumbai and his postgraduate training at the University of Virginia in the United States. He has worked and trained in the United States, for several years.

He set up the department of Preventive Cardiology and Rehabilitation at the Asian Heart Institute, and was with the Institute, since its inception, in 2002 to 2014. He was part of the Asian Heart team of doctors involved in the redo bypass surgery of former Prime Minister, Dr Manmohan Singh, in January 2009, and was incharge of the PM’s rehabilitation team.

Dr Contractor has been the Medical Director for the Standard Chartered Mumbai Marathon, since its inception in 2004 till 2014. He is the Vice-Chairman of the ICCPR (International Council of Cardiovascular Prevention and Rehabilitation), and Governing Council Member of the National Society for Prevention of Heart Disease and Rehabilitation (NSPHERE). Dr Contractor is a Visiting Lecturer at the University of Chester, United Kingdom. He serves as the Certification Director of the American College of Sports Medicine (ACSM) in India, since 2003, and is the only person authorised in the country for the same. In addition he is Faculty and Member of Board of Studies, SVT College of Home Science, SNDT University. He has received several academic and social service awards, the most recent being an award for excellence by his alma mater, Campion School, in 2009, and the ‘Outstanding Zoroastrian in Medicine’ award by the Zoroastrian Trust Funds in India in 2016.

Most people do not live a conscious and healthy life, and most of the times it takes a problem such as a heart attack, for them to wake you and decide to spend the rest of the 20-25 years of their life in a better manner.

In rehab, all the body systems are looked at and help people become better than before.

The basic average life expectancy of Indians according to the data by the WHO is 71 years.

Health Adjusted Life Expectancy is the number of years an individual can live up to in a healthy, ailment free body. This is 60 years in the Indian population.

An interesting study looked at the probability of an additional 20 years of survival for someone who is 70 and here is what they found, “the probability of living to age 90 is 54% in people who don’t smoke, don’t have diabetes and are not obese, don’t have high blood pressure and do not have a sedentary lifestyle; v/s 4% in people who had these factors.” Of course genetics also plays an important role, but apart from that the aforementioned factors are most important.

The most important cause for premature mortality is behaviour; our lifestyle.

The factors that are important around ageing

These are all important for healthy ageing.

Functional disabilities interfere with daily activities such as bathing, dressing, being mobile, continence and feeding.

Here’s what you can do about it:-

3 things help with better brain function as one ages: