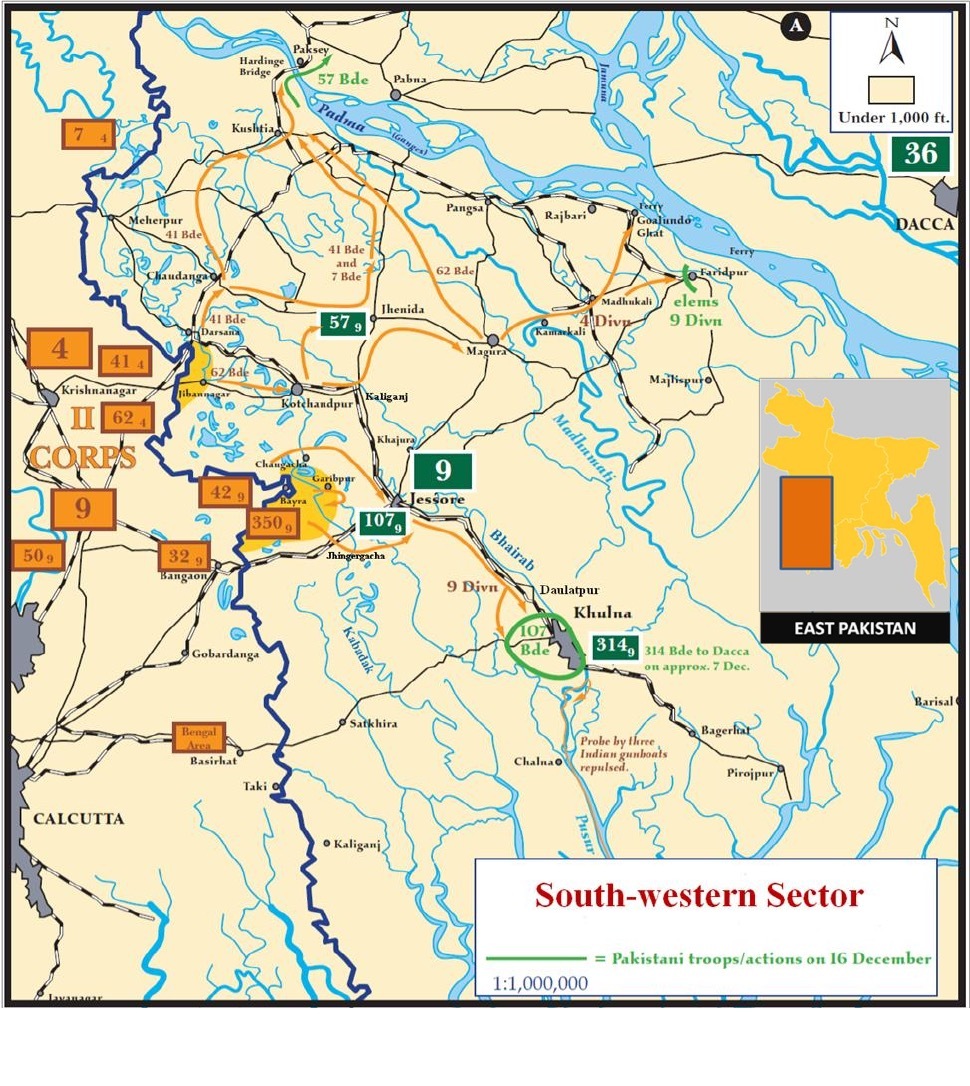 Building a bridge, in record time, that too under enemy fire… Satish Puri from the 1965 batch of SSPMS recalls the operation

I am Satish Puri from the 1965 batch of SSPMS. I was commissioned in the Corps of Engineers (Bombay Sappers) in June 1969. After completing the Young Officer’s course at the College of Military Engineering I was posted to 268 Army Engineer Regiment then at Nagaland.

In Oct 1971 the regiment was moved to Kalyani in Bengal which was the concentration area of 2 Corps in preparation for the impending operations in East Pakistan. Our regiment was allocated to 9 Infantry Division in addition to the integral engineer regiment (102 Engineer Regiment) due to the riverine nature of the area of operations.

Before the operations commenced a bridge on the river Kodia at Alamganga which lay on the main axis of advance of 2 Corps has washed away due to heavy floods. The river was divided into two streams with an unstable island in between, A field company of 102 Engineer Regiment attempted to build up the island with sandbags but these kept getting washed away by the current. This field company had to move forward with its affiliated brigade so the task was handed over to my company (356 Field Company). We abandoned the effort to build up the island and instead decided to construct a 3-span skew bridge supported on timber piles. The timber piles were installed with the help of the local PWD, the wooden pile caps were constructed by late evening and we launched the 3 span Bailey bridge overnight using an innovative technique to launch the middle span.

One of our companies (182 Construction Company) was tasked with the job of maintaining the Kruppmann bridge at Boyra and its approaches. The far bank of this bridge was marshy and require a huge effort to build and maintain and to get the tanks, guns and vehicles across. The bridge was also strafed by the Pakistan Air Force for a couple of days but this stopped after their planes were shot down by Air Force.

Once the operations commenced, I was appointed as the regiment Field Engineer. Intelligence Officer and was tasked with moving forward with the leading brigades to obtain information about obstacles, in particular, water obstacles. I had a jeep, a driver and a radio operator with me. I had to assess the type of obstacles, try and measure the span, decide the suitable equipment for the span, do a preliminary design and send back the info so that the right equipment could be moved forward – all this in the hot war zone! In one move towards Jhingergacha I had to drive through an unmarked minefield which later took one casualty in the field company following me.

Based on my feedback our regiment constructed a major Bailey bridge at Nabhran and a Kruppmann bridge at Jhingergacha, the latter was subsequently converted to a two-span continuous Bailey bridge constructed on the existing concrete piers of the demolished bridge. The regiment also carried out a number of mine breaching tasks under artillery fire.

The Pakistani brigade abandoned Jessore and set up their defenses at Khulna which had a narrow road approach from the North with a river on one side a soft marshy soil on the other. Here the Engineers constructed and operated rafts to ferry tanks and guns forward. The Pakistani Army surrendered soon after this and I was fortunate to witness the surrender ceremony at Khulna.

After the war was over and our regiment had moved out, I had to stay back with my jeep and a surveyor sapper for 6 weeks to map the entire Western Bangladesh from Khustia to Khulna.

Satish Puri
Retired Army officier Satish Puri was commissioned in the corps of Engineers (Bombay Sappers) in 1969, and completed the Yougn Officers' Course at the College of Millitary Engineering.