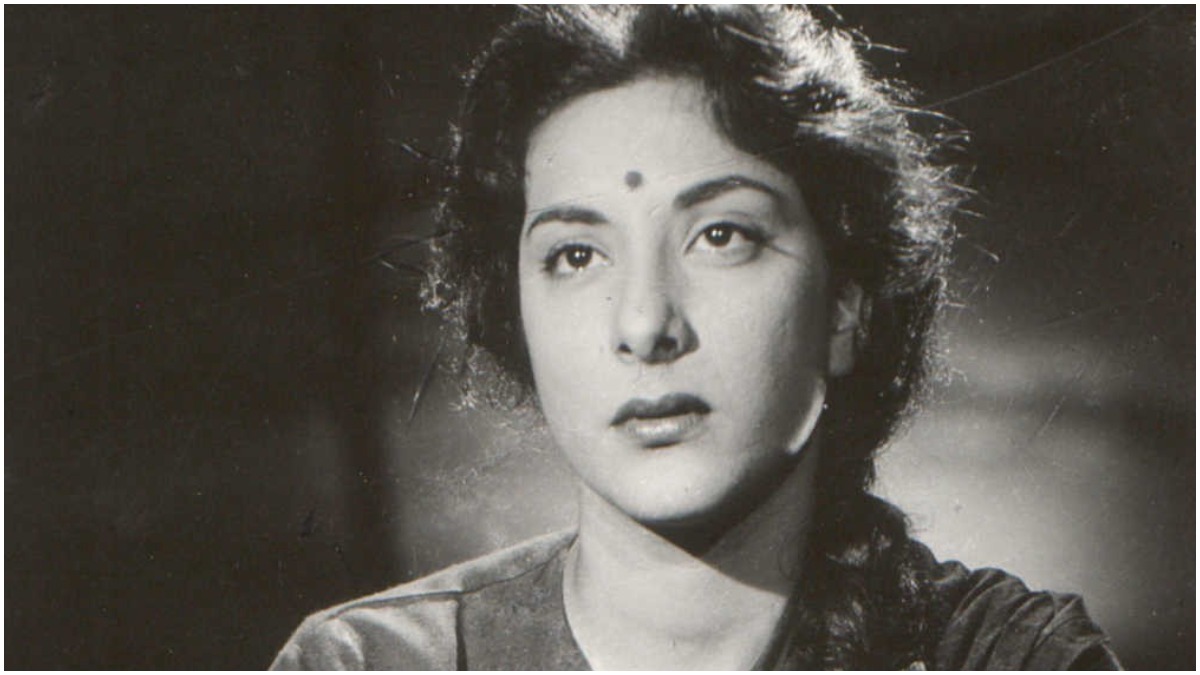 Starting off as a child artiste, Nargis became one of the leading stars of the 1950s, with a number of films with Raj Kapoor and Dilip Kumar. She was on top for nearly a decade, but took a break after her marriage to Sunil Dutt. She bagged a National Award for her one-off comeback film Raat Aur Din.

May 3 marks the 40th death anniversary of the actress, who passed away after a battle with cancer. Here, we choose 10 songs filmed on her. Though she had some hits with Shamshad Begum and Geeta Dutt, all these songs mentioned below have been sung by Lata Mangeshkar. The biggest hits were with Raj Kapoor. The list is chronological.

One of Lata’s first hits, this was filmed on Nargis with brief appearances by Dilip Kumar and Raj Kapoor. Using raag Kedar, music director Naushad wrote the three antaras differently. While Lata’s style was reminiscent of Noor Jehan, Majrooh Sultanpuri’s words were filled with emotion.

In this film, Lata had huge hits, filmed on Nargis, Nimmi and Bimla Kumari. On this, Nargis sang for a violin-playing Raj Kapoor. Shankar-Jaikishen composed the music, with Jalil Mahilabad writing the words. The way the words ‘O o o o’ were sung before the main line were unique.

Another of those gems featuring the successful combination of Lata, Shankar-Jaikishen, Shailendra, Raj Kapoor and Nargis. The words were, “Raja ki aayegi baraat, rangeeli hogi raat, magan main nachoongi”. The song brought out the emotion of longing effectively.

After a string of hits with Raj Kapoor, and some with Dilip Kumar, Nargis had one of her most memorable roles as a mother in Mehboob Khan’s Mother India. This song, composed by Naushad, had the Lata class. Shakeel Badayuni wrote, “Nagari nagari dware dware dhoondoon re sanwariya, piya piya rat ke main toh ho gayi re banwariya”.

The title song of Raat Aur Din, in two versions by Lata and Mukesh, was extremely popular. But this Lata song had its own takers, with Nargis giving a fabulous performance. Shankar-Jaikishen set the music to Shailendra’s words, “Awara ae mere dil, jaane kahan hai meri manzil”.

As mentioned, all these songs were sung by Lata, with only one of them being a duet. The Nightingale’s voice perfectly matched the actress’s expressions, and one couldn’t imagine Nargis with another voice.