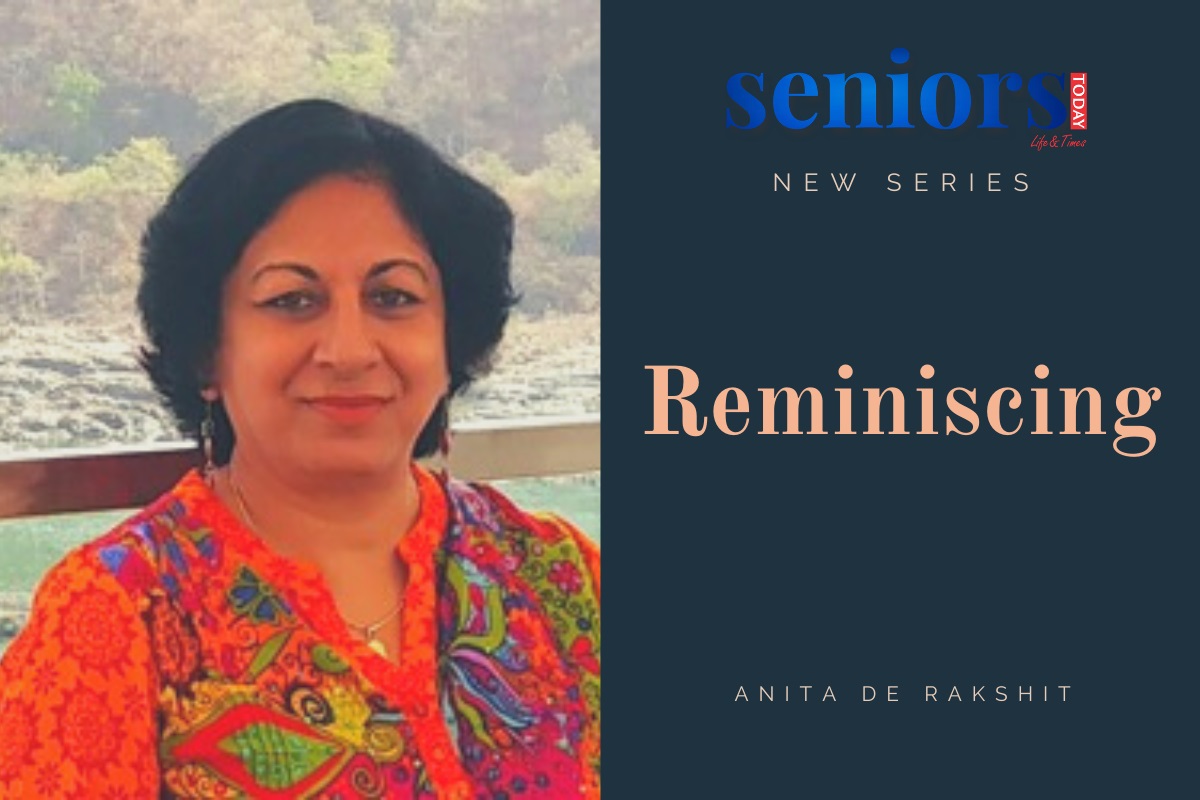 I proudly lifted the Indian Tricolor, realizing my dream, after tirelessly working towards achieving it for months on end. Age should not act as a deterrent in our self exploration and in the realisation of our dreams, writes Anita De Rakshit

This is the story of a little girl who grew up in New Delhi in the 60s and 70s. In her childhood days, every evening she would very intently watch the other children playing in the ground below, from the small first floor balcony of the quarters allotted to her father being a Central Government employee. When she got tired of watching the children’s games, she would quietly bring out her drawing paper and pastel colors, and would start painting, equally intently.

In school, during sports periods, this little girl would make lame excuses to the teachers to get herself into the school sick room, just to avoid participating in any sports activities. In college too, she would deliberately choose NSS (National Social Service) and not NSC, so that she could avoid any kind of physical exertion. All this was not due to any physical illness but due to her sheer dislike of any physical activities and exerting herself.

Several decades pass by, she is a grown woman in her 40s, but the life pattern remains the same. She remains fully occupied with the demands of a banking career as well as looking after her family.

Suddenly, before even turning 50, she loses her life partner most unfortunately and is compelled to come to terms with a changed pattern of life, becoming a single parent with several worldly responsibilities to fulfil. Overcoming the many hurdles of a challenging career as well as other duties of life, gradually she settles down into a somewhat tranquil pace of life. One fine morning, this greying woman in her mid 50s, who had never willingly run a race in school, suddenly gets the urge to climb mountains!!

Are you wondering who this woman is?

Well, it is none other than Yours Truly, Anita De Rakshit, living in a small town called Jamshedpur (Tatanagar) in Jharkhand state of India.

When I realized I had a new dream to fulfil, I started working towards it. I first attempted a seemingly easy pilgrimage (which I was highly mistaken), trek to Shri Amarnath ji in Kashmir in the year 2013. Although I could complete the trek somehow, I found out to my dismay that I had to work a lot on my physical fitness.

After some more work on myself, I attempted Kailash Mansarovar Yatra in 2015. Although this Parikrama reaches an altitude of 16000 ft, I was better equipped this time.

Then in 2016, while browsing the net for a suitable Himalayan trek for 1 week, I chanced upon Everest Base Camp Expedition for a duration of 2 weeks. Immediately, I visited the office of Tata Steel Adventure Foundation in Jamshedpur to meet Ms. Bachendri Pal, the 1st Indian woman to reach Mt. Everest, also the Director of TSAF.

She agreed to include me in the expedition of April 2017, but I needed to train for it. The training started the next day and continued for the next 4 months without any holidays except Sundays. It was a grueling training at Keenan Stadium grounds in Jamshedpur. The training was imparted by none other than Ms  Premlata Agarwal, who has climbed the 7 highest peaks in all 7 continents including Mt Everest. In the expedition team of 8 members, I was the lone oldest woman, the rest were young men in their 20 s and 30 s. I was 58 then!!

Everest Base Camp Expedition will forever remain memorable to me. After climbing up and down seemingly unending mountains and trekking continuously for 8 days, when I reached the Base camp amidst snowfall and temperatures plummeting down to -15 degrees, shivering in the ice-cold climes with my lips turning blue, I had proudly lifted the Indian Tricolor, realizing my dream, after tirelessly working towards achieving it for months on end.

I will remain ever thankful to Team Seniors Today for offering me the opportunity to showcase whatever little singing capability I possess in Seniors Have Talent, the online singing contest for 60 + senior citizens. While participating in this contest, I learnt Karaoke singing, again a first for me and found myself amongst the Winners of Season 1.

Age should not act as a deterrent in our Self Exploration and in the realisation of our Dreams.